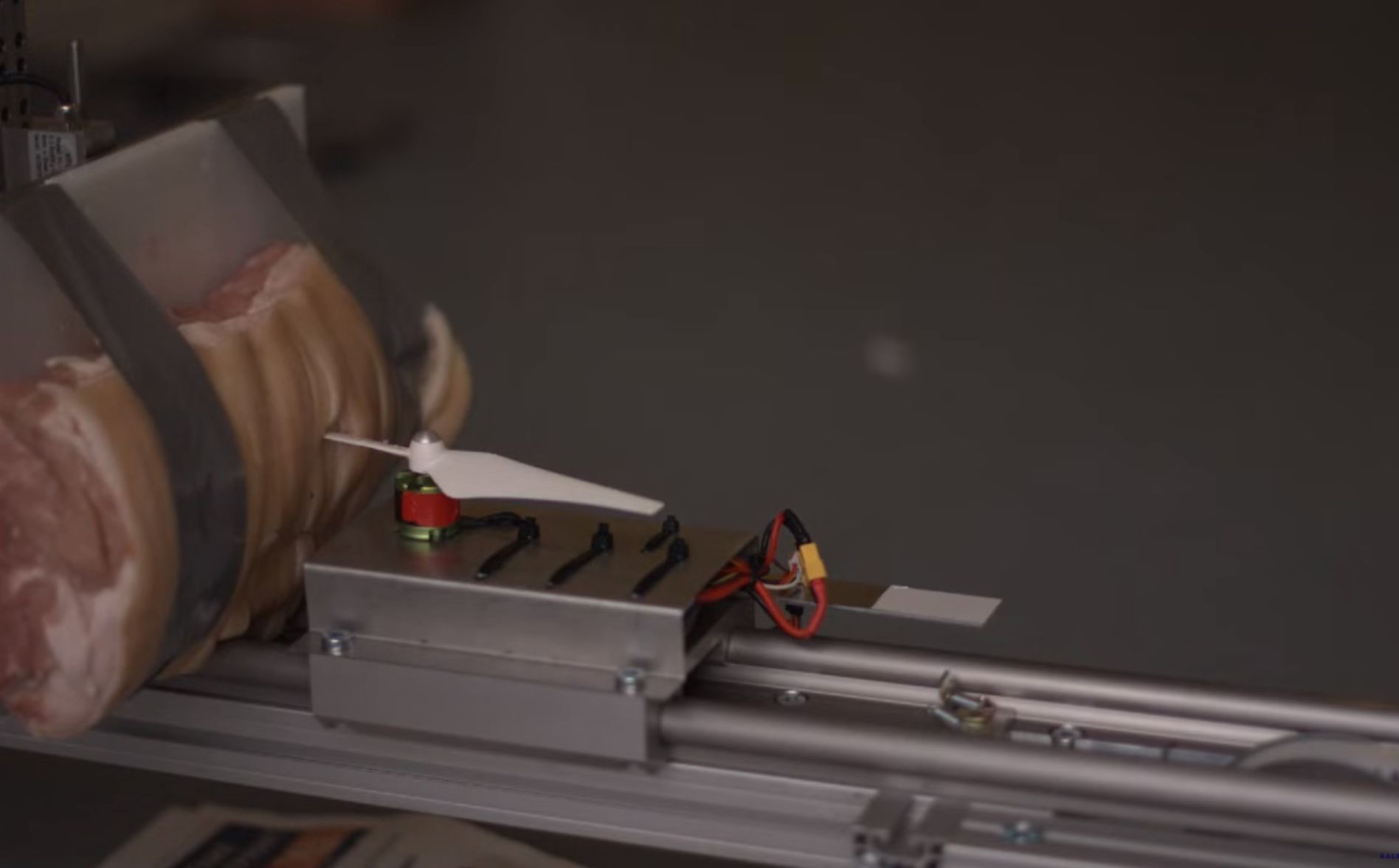 Of course, no sane person would subject themselves to being hit by a flying drone, but researches at Aalborg University in Denmark used a piece of pork and a propeller catapult to simulate the impact bare flash would suffer if hit by a drone. And it isn’t pretty.

The team uses a 3-meter aluminum catapult that can accelerate a 1-kilogram drone up to 15 meters per second. This is relatively fast, but many drones are capable of reaching similar speeds. The collision is filmed with a high-speed camera at over 3000 frames per second.

The catapult is still being developed, and the plan is to refine and improve it to push bigger drones at larger speeds.

Of course, some things are obvious. You don’t need a simulation to realize that sticking your hands in the propeller path is not a wise thing to do.

The following to movies show what happens to a piece of pork when hit with a plastic (top movie) or carbon (lower movie) propeller:

The propellers both break, but the flesh is also severely injured.

« The C-PAN camera guide arm is a jib, slider and curve all rolled into one
Here is how to register the bride and groom to have a Sony automatically focus on them in a crowd »