Chimpanzees are one of the cleverest animals in existence, it is not for nothing that they are called our relatives. (Then again, octopi are quite clever too) They are considered one of the first animals to use tools. The Royal Burgers’ Zoo in Arnhem, Netherlands just reinforced that about them as one of the Chimpanzees in the zoo used a stick to knock a camera drone out of the sky.

The TV crew for the zoo was doing some drone footage and one of the shots was taken at the ape cage. One Chimpanzee was peacefully minding his own business until the drone came close enough and he lunched forward and knocked it down with a stick.

It took the ape only two tried to connect and the drone lost the battle and fell to the floor. 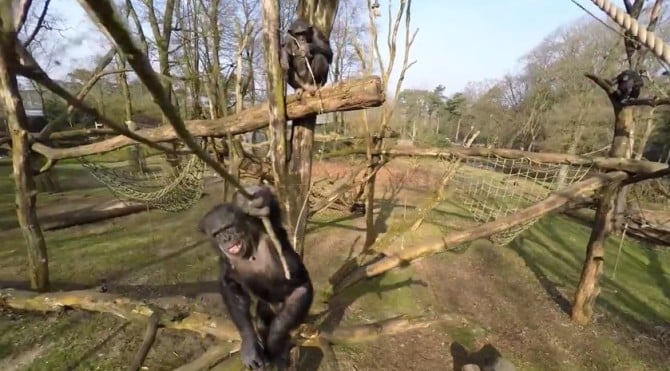 The other apes at the compound were not oblivious to the prey and inspected the drone closely resulting in some extreme monkey close-ups. 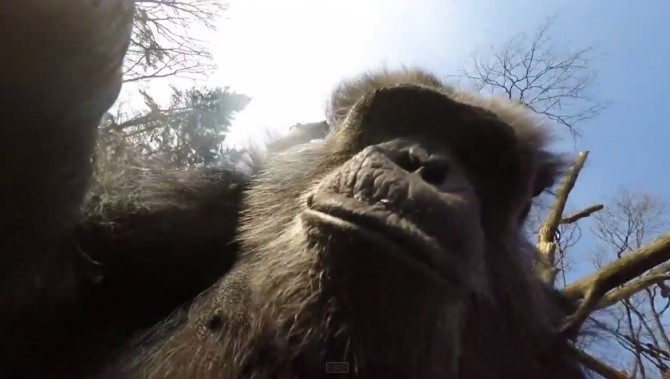 I will leave you with this final thought. Did the Chimp plan ahead and climbed the tree with the branch staying in “stealth mode” and waiting to attack, or was it a sad coincidence of a chimp with a stick meeting a drone?

P.S. I wonder who would win a Chimp to Kangaroo drone targeting faceoff.