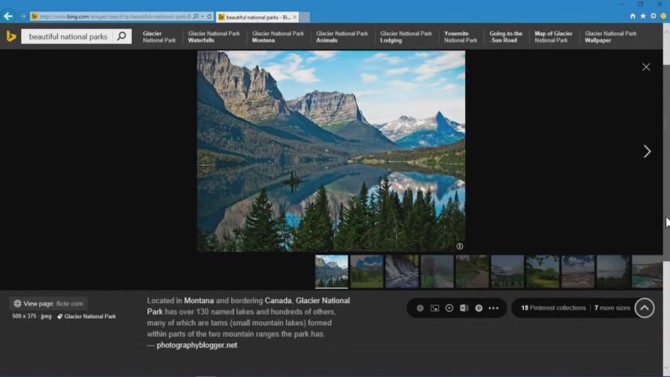 It appears internet search engine Bing and Getty Images have come a long way since Getty filed a lawsuit against Bing last year, accusing Bing of a “massive infringement”. Now, seven months later, the two have announced a partnership which both companies hope will provide Bing users with “image rich” content and internet browsing. In a press release relating to the partnership, Getty Images Senior VP of Business Development Craig Peters explained:

“With our new partnership, Microsoft will use Getty Images’ latest API innovations and our award-winning visual content to take search experiences to a new level. Our technology teams will work together to create beautiful, engaging applications and services for Microsoft users with licensed content and attribution for photographers and other content creators.”

Stemming from the partnership, Bing has also announced several improvements in the search engine’s image search capabilities. These improvements are aimed at raising awareness to copyright and Creative Common laws, with the hopes they will reduce infringement cases.

While many of the improvements announced in Bing’s latest press release revolve around purchasing products, they are also slowly adding in some reverse image search capabilities, making it easy for users to quickly identify where a specific image has been used on the web. You can test drive the improved feature, here. It’s certainly not new technology, but having it built into the search engine may be a nice feature to have.

As for helping with copyright, Bing will still provide the source page and image metadata with each image search. They also suggest the update will make it easier for users to learn more information about an image, in case they may want to “buy a poster of the scenery.”

“Even before you scroll down, in the middle of the bottom bar, you’ll now see the most relevant description of the image that we can find on the web to help you learn more about it.”

The wording is somewhat vague, which leads one to believe (perhaps) more could have been done, but baby steps are still steps. It will be interesting to see what else Bing and Getty have to offer as this latest update is expected to roll out over the next coming weeks.