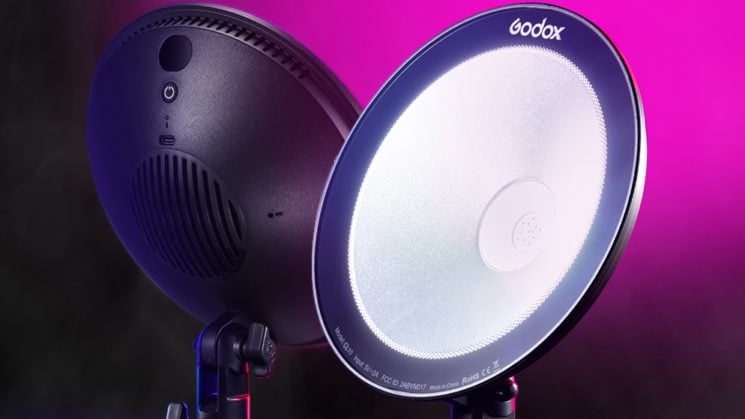 Godox is on a roll with the new gear at the moment, with the recent releases of the AD100Pro strobe and SZ150R & SZ200Bi zoomable Bowens mount LED lights. With this one, though, they’re dialling things down a notch with the new Godox CL10. It’s a multicolour LED light designed specifically for streamers, influencers and webcasting. Think accent lighting, rather than key lighting. 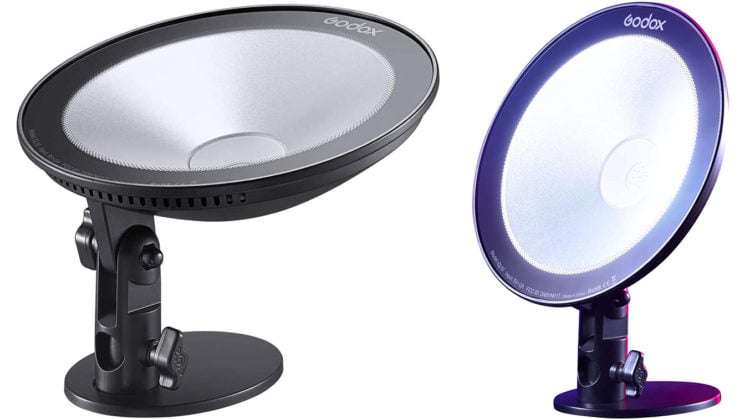 The clue to its purpose is in the name, really. It’s the CL10. Given that Godox typically puts the power of the light in the model name, yes, that means that this is a 10 Watt LED. So, it’s not very powerful at all. But that’s kind of the point.

It’s designed as a background or accent light that provides a nice glow with good saturation to create some interest in the background. It’s something we already see quite often with YouTubers, often having to add a bunch of gels or neutral density to lights to get a good colour, even when set to a very low power already. It’s designed for stuff like this. 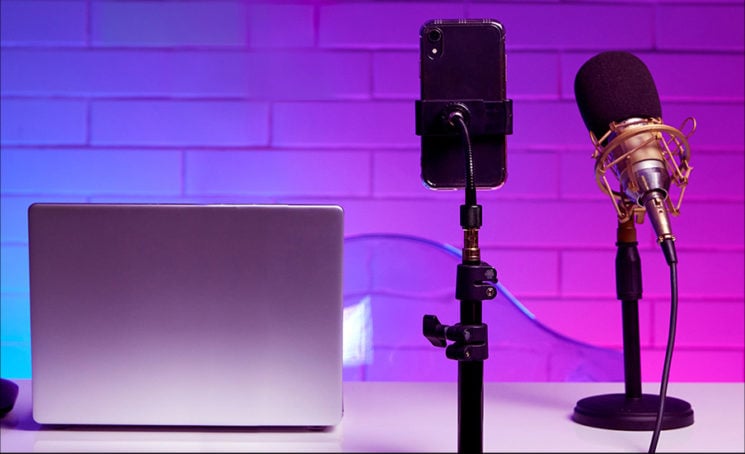 But I don’t think that’s all it’s useful for. The CL10 is an interesting change from the usual array of high CRI/TLCI LED lights we see from Godox, but one that I don’t think should really be limited to just webcam streams from your desktop. While Godox doesn’t specifically mention a CRI for the CL10, or a colour temperature, or… well, I guess it’s RGB only (making up white from all three colours being on simultaneously), I think it could be quite handy on a regular video shoot, too.

Sure, it’s not quite as small and compact as something like the KYU-6, and you’re not going to be able to white balance or colour match your key, but it’s still a potentially useful and versatile light for adding a little colour to the background of a narrative scene, especially with the effects the light includes – especially things like the broken lightbulb, TV flicker, police car, fire truck and ambulance, amongst others.

It’s not going to replace more powerful, truly white, high colour accuracy lights, for just about any application. But for its target use, it looks pretty good. It’s remote control (it comes with a remote, but you can also use the Godox app), you can power it from 2A USB charger or battery (it has a Type-C connection), and it’s pretty inexpensive. It seems like a pretty easy decision if you’re creating any kind of YouTube or social media video content in a regular shooting space.

The Godox CL10 is available to pre-order now for $63.90 and is expected to start shipping March. Find out more on the Godox website.