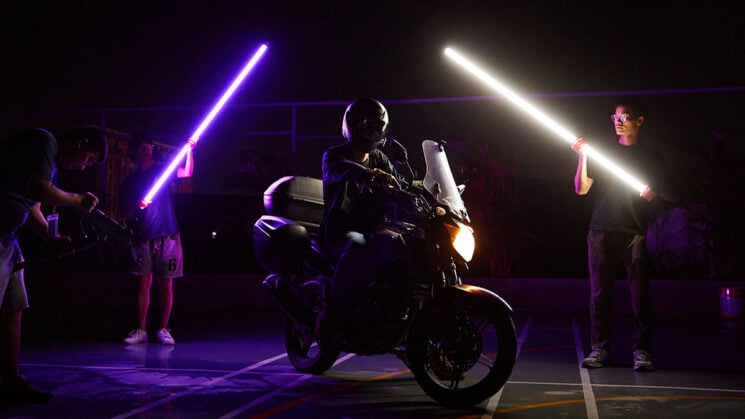 Godox has expanded its tube line lineup again with the new 180cm long Godox TL180 bringing the family up to four lights including the foot-long TL30, the 60cm long TL60 introduced at the end of 2020 and the 120cm long TL120, released in February of this year. The new TL180, Godox says, offers unique advantages over its shorter siblings for lighting larger scenes, lighting effects options or for using as a key or fill light.

As with the rest of the Godox TL lineup, the Godox TL180 can be controlled via the onboard controls, the Godox Smartphone app, DMX or the 2.4Ghz Godox RC-R9 remote. It has Bluetooth range of 30m and 2.4Ghz wireless control with the RC-R9 remote up to 50 metres. White balance range has actually increased, going from 2700K up to 6500K (the other two go up to 5600K) with a CRI of 96 and TLCI of 98.

The Godox TL180 rounds up the Godox tube product line pretty nicely. With four different models at 30cm, 60cm, 120cm and 180cm, you can cover everything from throwing a little light in a dark corner to providing full-length key, fill or rim lights for standing human subjects. And with a high CRI and TLCI and adjustable white balance of 2700-6500K, it should slot right into most location lighting situations you might want to enhance. 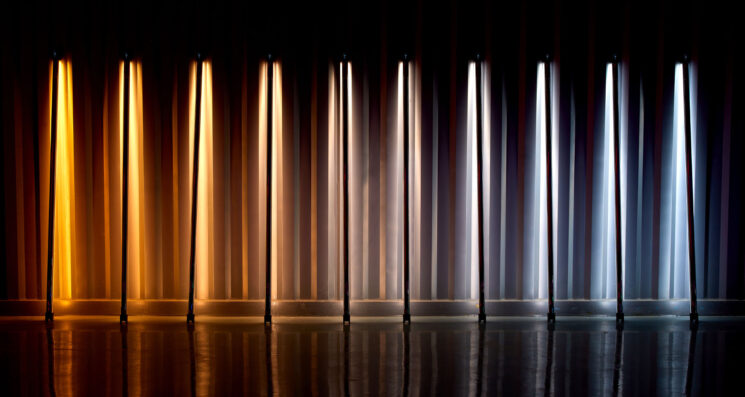 It features an internal 14.4v 9000mAh (129.6Wh) built-in lithium battery that provides up to 160 minutes of continuous use at full power. It comes with a 20v 5.5A power supply which should – in theory – charge it back up from flat to full in just over an hour or so. It sports 32 channels for wireless control with up to 6 groups, allowing you to control multiple lights simultaneously from the smartphone app or Godox RC-R9 remote. The TL180 also features DMX control, like the TL120 and TL60 lights (but not the TL30), allowing you to fully remote control multiple units directly from your lighting desk. 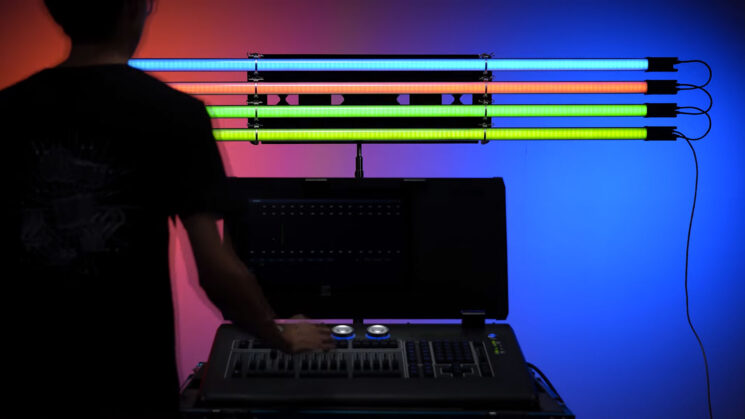 Naturally, you can also control the TL180 from the built-in controls as well, where you’ll also see 14 different effects presets including RGB cycle, Flash, Party, Lightning, Broken bulb, TV, Candle, Fire, Firework, Music, Police car, Fire truck, Ambulance and SOS, each with 2-3 different modes for 39 effects in total. As for the “Music” preset, Godox says that it changes colour “with the variation of the sounds”. Exactly how it’s picking up those sounds, I’m not sure.

The Godox TL180 is available to pre-order now for $429 and is expected to start shipping in the next couple of months.