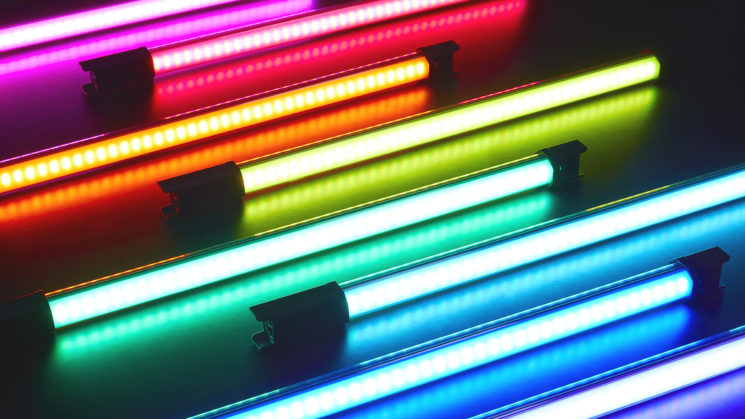 Godox has launched their new TL60 LED light, and this time it’s not a new strobe style light that takes softboxes, but a tube light. It comes in several kits, depending on the configuration you need and features both an internal lithium-ion battery as well as external AC power options. It also comes with a multitude of control options including on-board, a dedicated remote, a smartphone app or DMX control.

It offers a CRI of 96 and TLCI of 98 to offer the most accurate colours when shooting video or photography, but it’s also RGB – if you hadn’t guessed from the photo above – offering RGB, HSI and Gel colour modes, along with white balance from 2700K-6500K and 13 different effects modes.

The benefits of a single tube light for things like light painting are quite obvious, but where the Godox TL60 really seems to shine is in its creative setups comprised of many tubes all working together to form a single cohesive display – all of which can be independently controlled remotely from the 2.4Ghz remote, smartphone app or DMX control.

If you’re working on internal batteries, though, you’re only going to get about 2 hours of use at 100% output. But the power steps all the way from 0-100%. So, if you need to get a little more juice out of your batteries and can’t run them on AC power, you can always knock the brightness level down if you’re able to get a good enough exposure without having them on full blast.

The Godox TL60 will come in three kits containing one, two or four Godox TL60 LED lights along with various accessories including the AC adapter, carrying bags, with some kits also including the Godox RC-R9 remote. 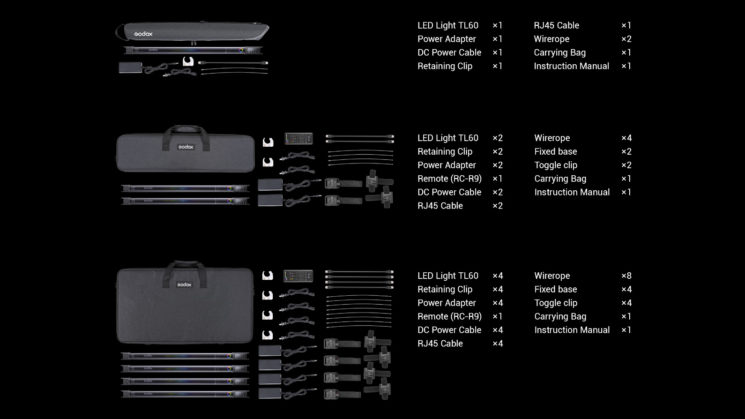 They seem quite similar to the Nanlite PavoTube 15C in concept, but a little cheaper, claiming slightly better colour output and with DMX control. The one, two and four-light Godox TL60 kits are priced at $239, $479 and $879 respectively.