The Godox flash lineup is ever-expanding. It’s just something we’ve come to expect now. But when they recently announced the new Godox AD100Pro, it made a lot of people go “huh?” [insert John C. Riley gif here]. What was the point? Can’t we already do this with the Godox V1? Or the AD200 with the H200R round head? What’s the benefit?

Well, yeah, kinda. But also no. In this video, Rob Hall goes through just about every feature and detail you could possibly want to know about the Godox AD100Pro and… well, when you watch it, the existence of this light and why you might want one or several in your bag actually starts to make sense – at least for some shooters.

The most obvious thing one immediately notices about the AD100Pro is its size. I’ve heard this from a couple of other people who’ve received one already, too, including Joost at Disnet who’s allowed me to reproduce some of his images of the AD100Pro here. 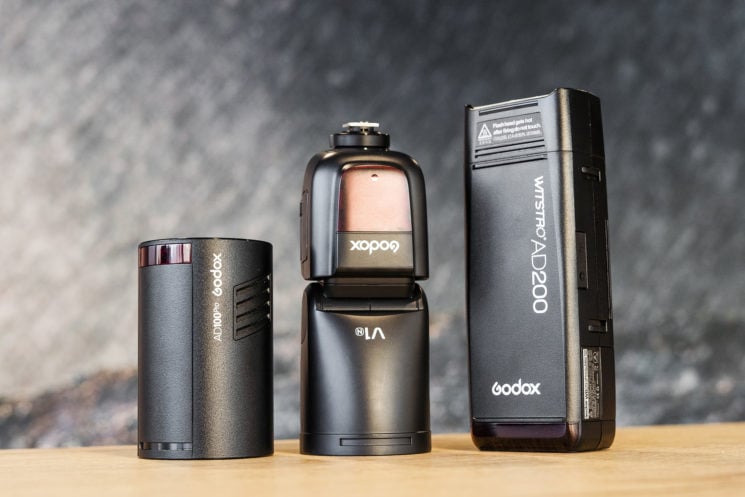 By comparison to its two main alternatives, the Godox V1 and the AD200, it’s extremely small. But what’s the real benefit of the AD100Pro over either the V1 or the AD200 with the H200R round head? Well, aside from the obvious size benefit, allowing you to fit more of them in your bag, the AD100Pro has a real zoomable head that allows you to focus the light better than either of the other two options.

The AD100Pro also focuses the light better than the H200R round head, and offers a little bit more power than the V1, too, according to Rob’s tests with his Sekonic meters. Despite having the “Pro” moniker, though, the AD100Pro doesn’t seem quite as consistent when it comes to colour output. It’s not terrible, by any means, coming in at around +/- 150K (which is better than the original AD200), but it doesn’t have a dedicated stable colour mode and it’s not quite the +/- 75K we’ve come to expect from the rest of the Pro lineup. 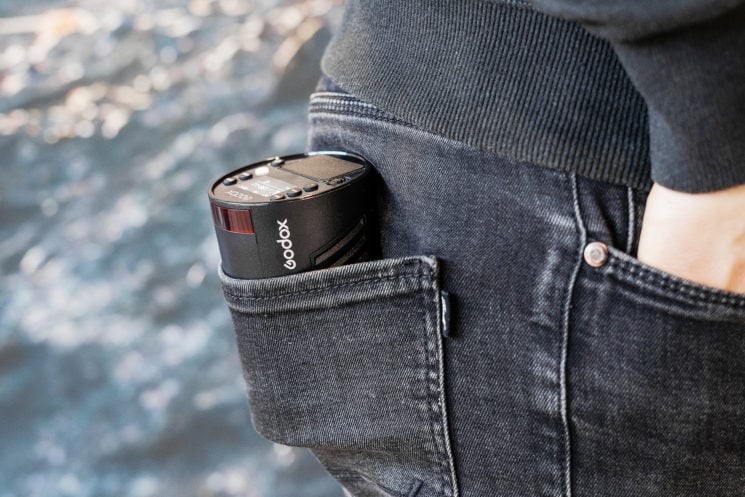 Both in Rob’s review and on-paper, the AD100Pro is a respectable looking little unit offering a decent amount of punch in a very small package, even beating the V1 and AD200 with the H200R round head in some tests. If you want to use it in a modifier, however, it’s a different story entirely, and like the V1, the modelling light isn’t exactly… Well, as Rob says, it might help you see your way to finding that lens cap you dropped in a dark location.

Ultimately, whether or not the AD100Pro will be right for you really depends on your needs. I know this light definitely isn’t for me, but I can easily see this fitting into a wedding or event photographer’s bag with a V1 or V860II on the hotshoe as an on-camera fill and commander with a small army of AD100Pro lights darted around the location – as Rob also suggests in his review. 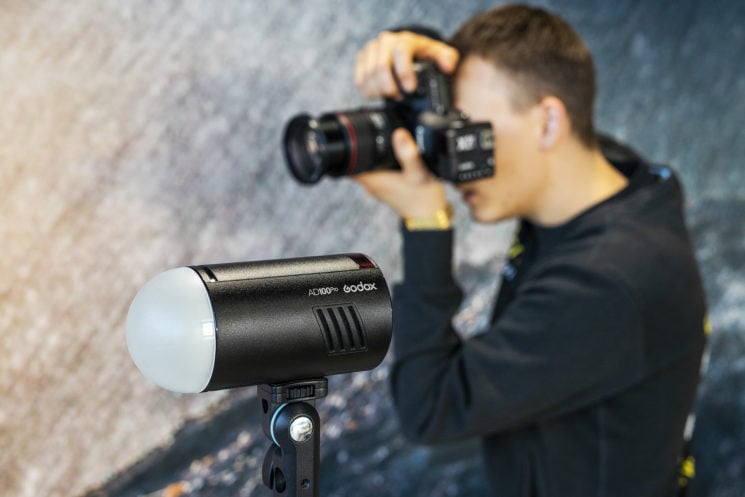 I could even see it being useful in the studio as a hair, rim or background spotlight, especially with the AK-R1 magnetic modifier kit for Godox’s round head lights. But it’s not really going to do much outdoors on a bright day – especially if you want to stick it inside a softbox to soften things up a bit (which is my main use for strobes on location).