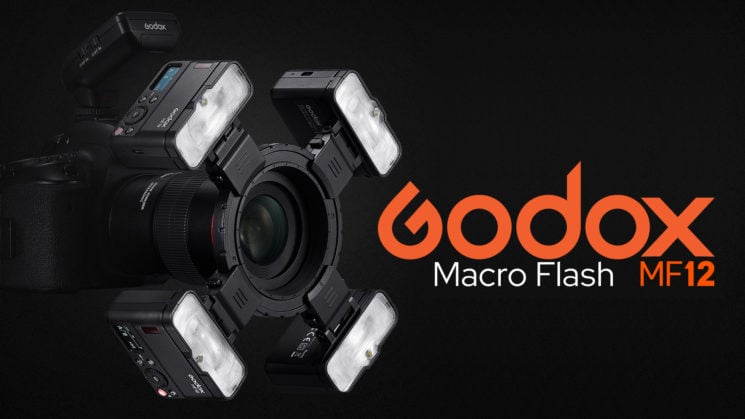 The trend in camera flashes over the last few years has generally been to make them more powerful, yet more portable at the same time. Well, bucking this trend, Godox has gone the opposite way, producing a flash that’s on the lower end of the output scale, with the new Godox MF12 Macro Flash. It’s very reminiscent of Nikon’s R1C1 “Wireless Close-up Speedlight System” but at a much lower cost.

Technically, the MF12 is just the individual flash units – like the Nikon SB-R200 is to the R1C1 – and like the Nikon kit, you can attach several of them to a ring that fits around your lens, allowing you to place the light just where you need it. And they’re all controlled from the Godox trigger sitting on top of your hotshoe.

It’s a fancy looking setup, and an array of half a dozen lights on the front of your lens provides plenty of options for lighting up your bugs, coins or whatever macro subject you wish to photograph. One benefit of having the lights arranged this way around your lens with a flash trigger system is that you’re able to control the powers of the lights in groups. 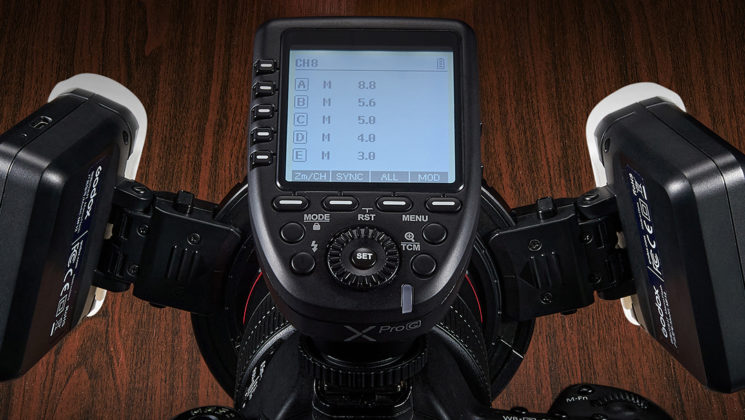 This provides you with various asymmetrical lighting options that you don’t get with a standard macro ring light. Want to have a bit more light on one side to add a bit of directionality and use the other side for fill? No problem. Want to do kick down the power of just one or two lights causing odd reflection issues? Also no problem. As long as your lights are in different groups, you can control them via the trigger on the hotshoe – Oh, you’ll probably want to set the distance setting to 0-30m rather than 1-100m).

Another benefit of a radio system like this (especially one with such a large ecosystem) is that you can mix it in with your other Godox lights. One big issue with macro ring flashes is that they will light up your subject beautifully, but then the background will disappear to blackness (as you can see in the video above).

That’s because your lens is often stopped down to get more depth of field and the light is balanced for something only a few inches from the lens. Not your whole environment. So, you can add a Godox AD600Pro or whatever you need lighting up the background behind your subject, to provide an even balance between them.

From looking at the specs, the lights support both manual and TTL (one of the few occasions where I find TTL to actually be useful), but does not support High Speed Sync. This lack of HSS support isn’t too surprising, as it’s rare you’re going to come across a time when you’re facing the issue of having too much light when shooting macro.

The internal battery offers up to 500 full power flashes and it’s charged through he use of a Type-C USB cable. It has a recycle time of 0.01-1.7 seconds with flash durations from 1/1200th of a second as fast as 1/34000th of a second. You get the usual five groups, 32 channels with ID so other people can’t interfere with your lights, and features an automatic power off to prevent the batteries from being drained when it’s not been used for a while.

The Godox MF12 is available in a kit form, which includes two MF12 lights, along with a couple of cold shoe adapters & stands, diffusers, gels, the ring to attach them to, a bunch of filter thread adapters and a case to put them all in which is available to pre-order now for $249. If you want to add more around the ring, the individual Godox MF12 units are available to pre-order now for $109 each. They’re expected to start shipping at the beginning of October.