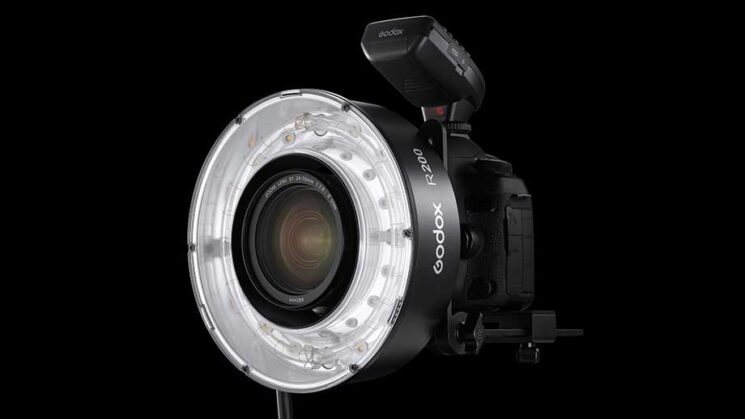 Well, this is interesting. It looks like Godox has finally figured out what they want to do as a Godox AR400 ring flash replacement. And it turns out, it’s an addon head for the Godox AD200 and AD200Pro strobes. It’s the Godox R200 ring flash and as mentioned, it’s a head designed specifically to connect to the AD200 and AD200Pro strobes, rather than an entire unit in itself.

While releasing it as an AD200 addon and not a complete unit in itself like the AR400 might not seem like the best idea, it does offer some distinct advantages over an all-in-one system. For a start, it brings the weight way down because most of the electronics and the battery are being stored off the camera. Godox has also released a bunch of accessories for the R200 to give it a lot of versatility, too.

Although the Godox R200 does hypothetically lose about a stop vs the Godox AR400, you’re generally going to be using a ring flash as a fill light anyway – unless you’re going for that ugly “edgy” fashion look with the weird shadow on the background – so you don’t need a whole ton of power and 200 Watts is generally going to be enough most of the time. For when it’s not, there are more powerful options. I’d be very keen to put the R200 side-by-side against my Godox AR400 to see how they compare on a light meter in the real world.

It looks like Godox has stuck with a similar folding mounting system to that found on the AR400 for the ring flash head itself. But given that it’s literally just the head and all of the electronics of the AD200 or AD200Pro are separate, it’s going to be a lot easier to hold during a session. And to be able to carry the AD200 around with you, the R200 includes a pouch with a strap to slip your AD200 into and hang it from your shoulder. 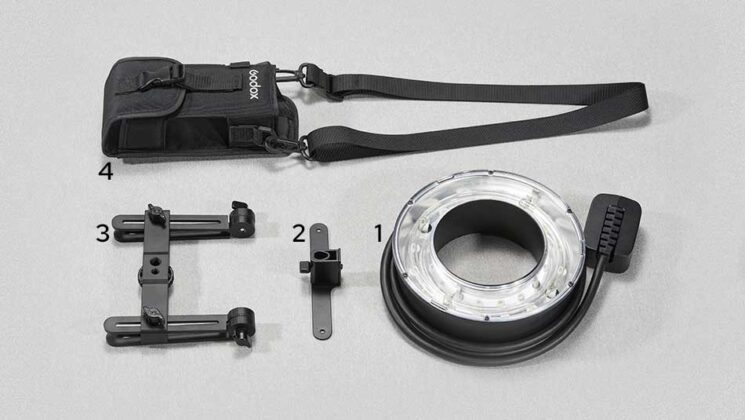 Godox also has a number of accessories available for the Godox R200 to give it a lot more versatility than the AR400 has – due to the fact that there are literally no accessories for it. The fact that Godox has put so much thought into the extras for the R200 definitely makes this look quite an attractive option. 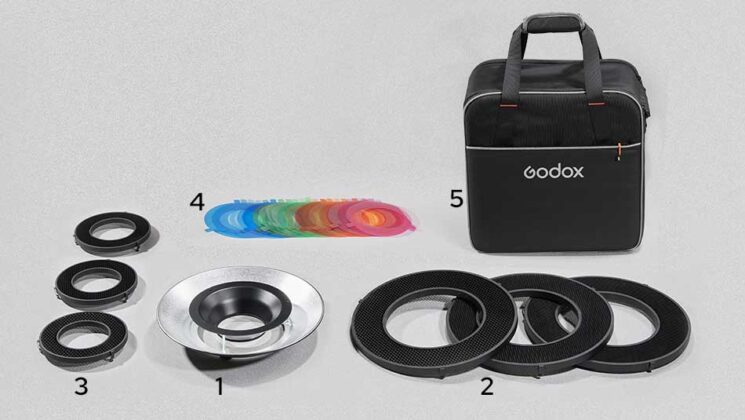 For a start, you’ve got (1) a large reflector dish. This is something I had on my Bowens 3000Ws ring flash that is missing from the AR400 and it’s the main reason I kept my Bowens ring flash around after I sold the rest of my Bowens strobes five or six years ago. And with a large dish like this, naturally, you’ll want (2) honeycomb grids, which appear to be available in 20°, 30° and 40° varieties. If you don’t want to use the reflector, though, there are also (3) grids available for the standard R200 head without the reflector, also in 20°, 30° and 40° options.

There’s also a (4) fairly large set of gels available that fit into the R200 head. Godox doesn’t specify exactly how many gels are contained within the R200-CF pack, but there looks to be 21 according to the photo. And, naturally, there’s (5) a bag to keep it all in. And that bag also has room to store the Fresnel, Bare Bulb and H200R round head, along with the main AD200 unit. 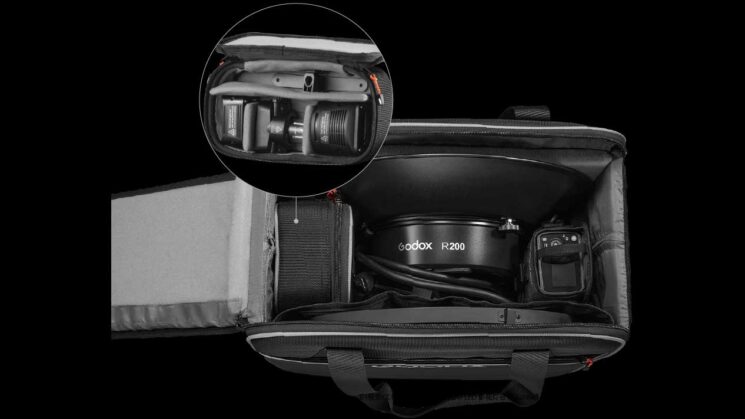 Given its low ~640g weight vs the 1.4kg of the Godox AR400, it’s going to be much easier to use handheld, especially on long sessions where you might have to be holding this around your camera for quite a while. The built-in modelling light also means that you can potentially use this as an on-axis fill when shooting video, too, although the colour temperature of 4500K +/-300K means that you’re going to have to be tweaking any of your other LED lights to match it.