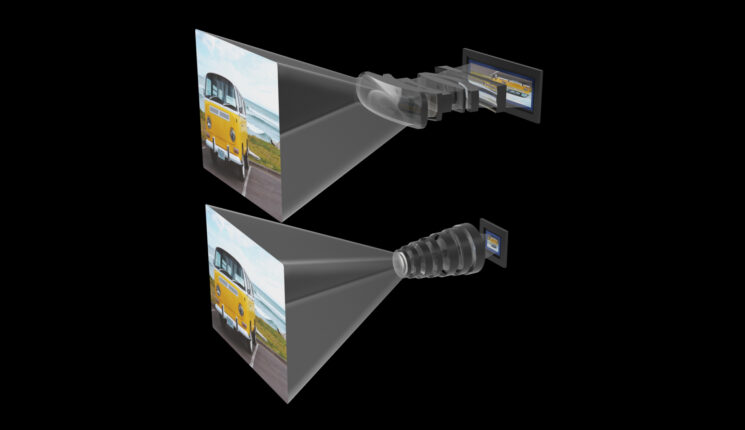 Glass, a new startup working on AI-enhanced imaging, wants to change how our smartphone cameras work to overcome the limitations of current smartphone cameras. They want to do it using larger, wider sensors and the same technology found anamorphic lenses in order to be able to do it. The problem, essentially, is that size matters. And smartphone cameras are running out of space to expand.

You can’t make the sensors larger without making the lenses larger (longer) and phones just aren’t that thick anymore. AI is great and has brought us a lot of advances in smartphone imaging technology over the last few years but that, too, only goes so far. Glass’ solution is to use the 100-year-old cinema technology to overcome some of those size limitations.

The way anamorphic lenses work is that they essentially offer two focal lengths at the same time. The horizontal and vertical aspects are mismatched, resulting in an image that looks squashed and stretched in two different directions. It was an attempt to get a more cinematic aspect ratio on film without sacrificing vertical resolution. To watch these movies back, they were projected through an anamorphic lens onto the screen which then “desqueezed” it to restore the true aspect ratio of the shot.

Anamorphic lenses have become popular amongst modern filmmakers again, recently – as evidenced by the sheer number of new anamorphic lenses being pooped out almost weekly by manufacturers these days – due to the unique qualities anamorphic lenses offer over the traditional rectilinear lenses and the pleasing results they deliver. Such digital footage is then desqueezed in the editing software, to squash and stretch the footage back into its original aspect ratio. But this technique has never really been applied to smartphones before.

Glass co-founders Ziv Attar and Tom Bishop both have a long history with mobile imaging and both have worked at Apple on things like Portrait Mode and overcoming the limitations of traditional camera design. But as technology has moved on, so have the walls that mobile camera technology is finding itself hitting up against…

The limitations used to be about price, but now it’s size. Up to 5 years ago they just made the lens wider, then they started making the sensor bigger. Then you throw algorithms at it to reduce noise, but even that is reaching its limits; pretty soon it will be pure hallucination [i.e. AI-generated imagery]. Night mode takes exposure stacking to extremes — it deals very nicely with the lack of photons, but if you zoom in it starts to look very weird and fake.

The phone screen kind of deceives us. If you let a regular person compare an iPhone 12 and 13, they won’t see the difference — but compared to a pro camera, anyone can tell. And if you can see the difference, there’s a lot of work to do.

Their conclusion is that given all of the challenges, the most logical is to change the lens. But not by making it bigger, but by shifting its proportions to make it asymmetrical, essentially working the same way anamorphic lenses do by incorporating two focal lengths simultaneously. And a Glass prototype system seems to drive the point home quite adequately.

It’s not without its flaws, though. The trademark qualities that make anamorphic lenses so attractive to filmmakers, like the oval bokeh and excessive flaring would be unwelcome to the general public, and you only need to take one look at this image shot with the Glass prototype to understand why. The oval effect might look great in a big-budget Hollywood blockbuster movie but in a still image, it’s pretty freaky and unnatural. Especially when it’s rotated 90 degrees to the way anamorphic lenses usually work. 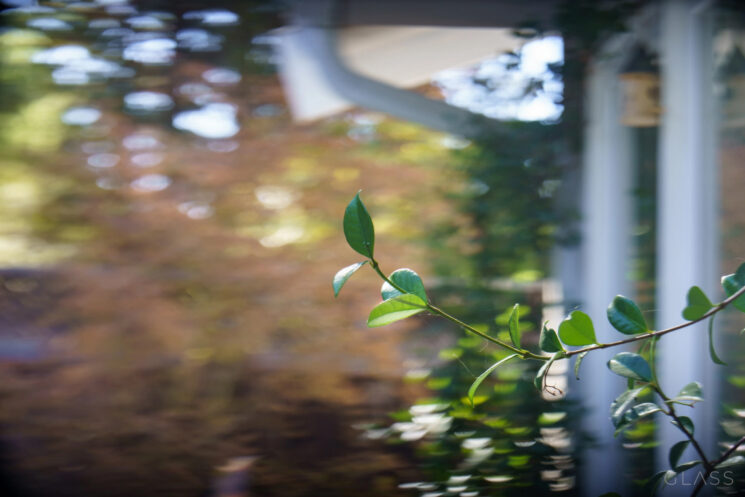 It’s an interesting approach, and the company says they’ve moved on from prototypes to phone factor devices to illustrate how the tech fits into a standard smartphone. There’s nothing specialist or fancy about it other than the optical qualities, so it would be as easy to manufacture as existing smartphone camera technologies, it’d just be a little more expensive – because it’s new. Economies of scale, etc.

Whether or not the concept will take off remains to be seen, and it would be at least a couple of years before anything comes to market, but the concept seems pretty sound in principle from the sample images shown (there are a couple more on TechCrunch). Actually convincing smartphone companies to follow the cause, however, is another matter entirely. Over the last few years, they haven’t even been able to figure out the best way to implement a selfie camera, so it might be a while before something like the system Glass is proposing takes off.

It’s nice to see a new take on the problem, though, even if the results are currently a little freaky looking!