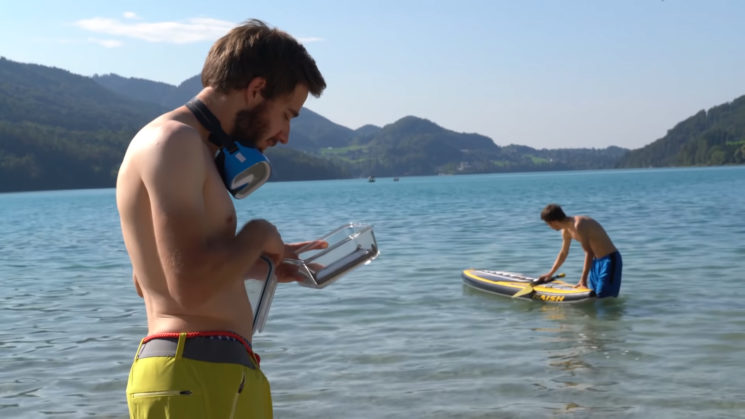 Ok, so it doesn’t really need to be said, but I’m going to say it anyway. You do this at your own risk. Smartphones come with varying degrees of water resistance, so if you fry your phone, it’s your own fault.

With that said, the guys from COOPH show a quick tip in this video to make a waterproof housing for your phone using items you probably already own. All you need is a glass dish with an airtight lid and some gaffer tape!

As with any underwater housing, you’ll want to test that it really is airtight. The easiest way to do this is to put a piece of paper towel inside, seal it up, and then submerge it in a sink full of water. If the towel comes out dry, you’re pretty much good to go.

Then it’s just a case of taping your phone to the bottom of the glass dish. There is a caveat here, though. This’ll only work with phones that have a front fingerprint sensor, face scanner, or a code you can enter on the screen itself. If your only way in is a fingerprint sensor on the back of the phone, you won’t be able to hit it.

But when you’re ready to hit the water, just turn on your phone’s camera app, hit record, seal it up and dive, dive, dive! 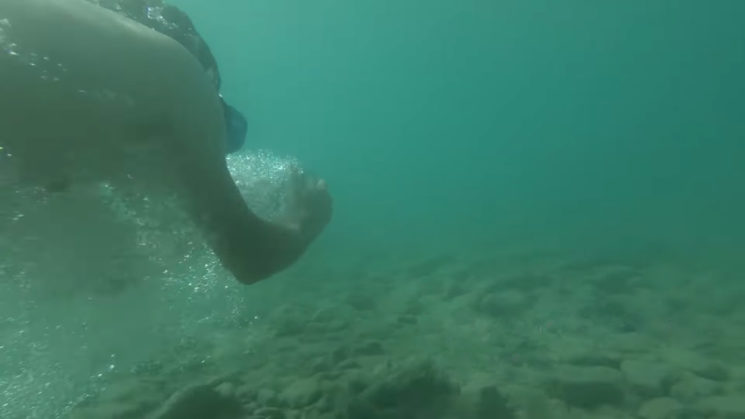 Instead of shooting video, you could run an intervalometer app to shoot higher resolution stills, too. The quality of the video or photos you get will depend on how good the dish is that you use. So, try to find one with as smooth a bottom as possible.

Again, you do this at your own risk! I don’t think I’ll be risking mine. I’ve got plenty of action cameras for this sort of thing. Maybe get yourself a GoPro Hero 7 instead or the new Insta360 ONE X with the underwater housing.

Repurpose a stroller as the ultimate mobile location lighting assistant