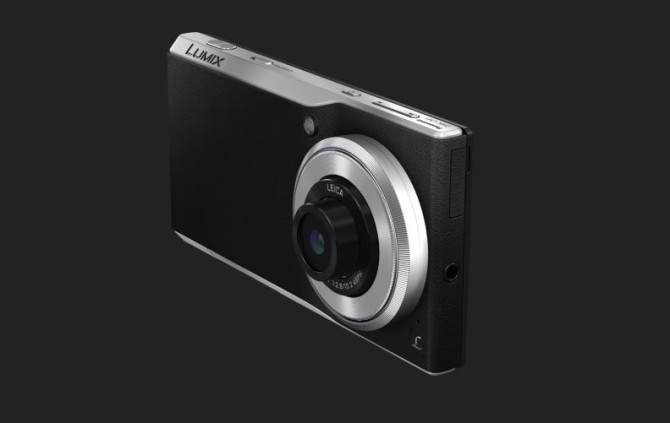 As more people abandon their point and shoots for the ease of their smartphones, Panasonic is hoping to stay relevant by establishing a strong foothold in the smartphone industry and, by the looks of it, they may have knocked it out of the park with their forthcoming LUMIX DMC-CM1. Panasonic has dubbed the 20 megapixel device a smartcamera–a smartphone in which impeccable detail has been placed on the device’s camera function. And, indeed, the camera elements of the device certainly do not disappoint.

The sensor in the smartcamera is the same sensor used in the Panasonic Lumix DMC-FZ1000, a popular micro-four thirds camera. Weighing in at 1″, the 20MP sensor is seven times larger than the sensors in the average smartphone and will presumably have much better low-light performance. The CM1 is also capable of shooting in JPEG and RAW formats, a big plus for most photographers.  Take a look at this promo to get a peak at the device:

Pair the features from above with the Leica 28mm f/2.8 and ability to use manual settings with sleek design work and you have yourself quite the camera. (As far as the phone part of the equation goes, it’s a pretty standard Android setup.) 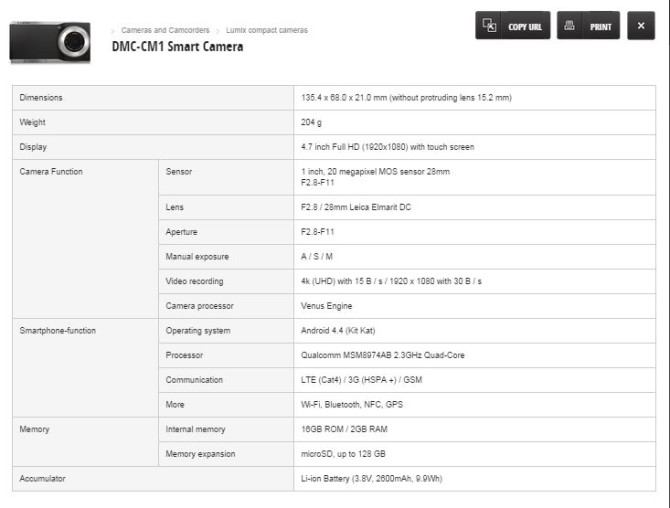 Full Details Of The Lumix CM1 From Panasonic (Click To Enlarge)

Before you get too excited though, the device won’t be released globally. Unfortunately for the rest of the world, it’s currently only set to release in Germany and France during the coming holiday season.