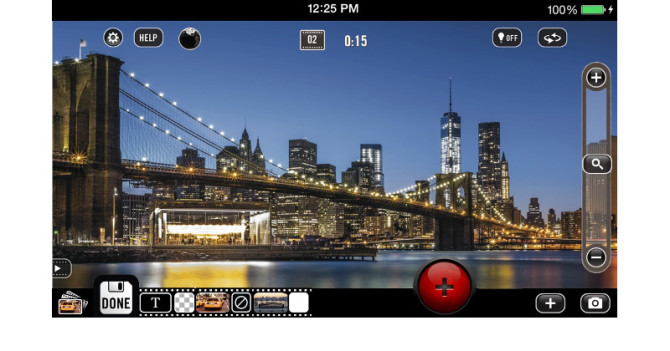 Apple doesn’t have any plans on implementing 4K into their iPhone models anytime soon, as we already know from last week’s keynote, but it looks like someone managed to make it happen already. Developing company i4software has a new app out called Vizzywig 4K, and if you’ve got an iPhone 5S, iOS 7.0, and about $1,000, you can get it from the App Store right now.

Before we go into the ridiculous price it’s being sold at, let’s take a look at how the app achieves 4K video on the device in the first place. The interesting thing about the video recording here is that it isn’t recording video at all; rather, it’s burst-shooting 24 different shots per second from the camera itself. That means the app is utilizing all 8 of the iPhone 5S’s megapixels in order to bring out a full-on 4K video. And unlike many of the 4K-enabled Android phones out there right now, Vizzywig manages to capture those photos at a rate of 72 MB per second (as opposed to Android’s 4 MB per second limit).

It’s ironic how given the requirements for the app to work, its iOS 8 that ends up breaking the system because of how much it limits the iPhone’s burst-shooting capabilities, bringing the limit down to 10 frames per second. Be warned: if you’re buying the app, make sure you have an iPhone 5S with 7.0 still installed.

So on to actually buying the app. Is it really that ridiculous that Vizzywig is being offered at a whopping $1000 price tag? The thing about Apple is that they’re already notorious for denying apps that push the iPhones capabilities past what it was meant to do. Maybe without a price tag that high, the app wouldn’t have been accepted at all. But does that mean it’s worth the price? I don’t think so. It’s exciting to see the technology arrive to a phone with no 4K capabilities at all, but I’d rather spend my money on an actual 4K camera before spending it on software that enables it.

Either way, if you’re straight up banking right now or just plain irresponsible with your budgeting, the link to the app itself is here for you to buy. What do you guys think of the development itself?

Evolution Of The iPhone Camera: Comparing The iPhone 6 To All Of Its Predecessors