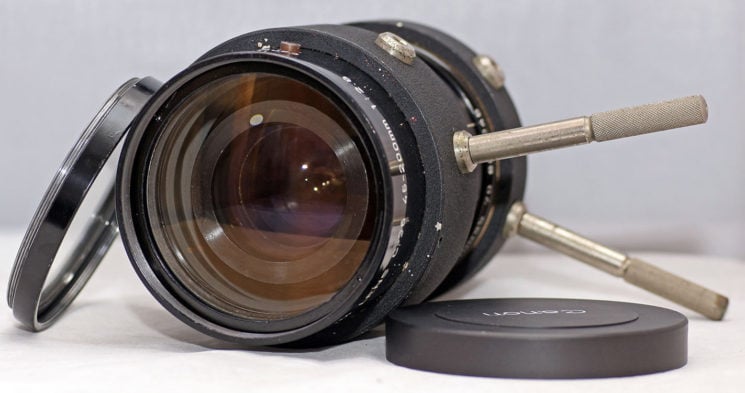 Well, it can be yours for $29,999 plus $155 shipping, anyway. But the shipping’s practically a bargain. We often hear about those “rare” lenses popping up on eBay and various other places, but this one does appear to actually be pretty rare.  It’s a Canon 45-200mm f/2.8 (C35) prototype lens, and the seller claims it’s never been sold before in the “whole eBay selling history”.

They say that the lens was introduced by Canon in 1959 in a press release, but that it never made it to market. The listing goes on to say that there were only 4 or 5 copies ever made that went out to select filmmakers to test. The lens is described as being in “Excellent+++” condition, both cosmetically and optically with clean aperture blades and perfect mechanical operation. 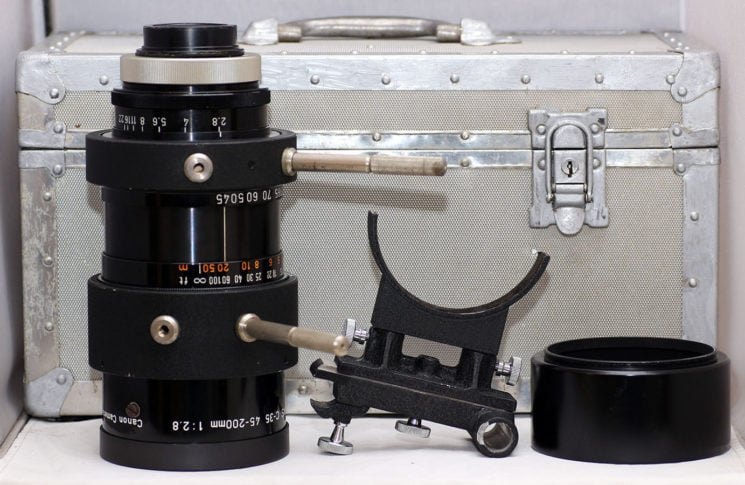 If the details in the eBay listing are accurate, this would make it one of the rarest lenses out there for just about any camera system, not just Canon. Even today, such a wide focal length range zoom lens with an f/2.8 aperture is pretty unheard of in current manufacturer lineups. 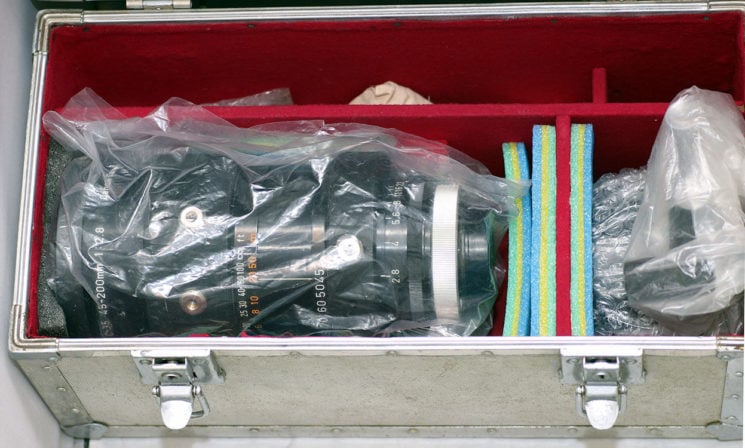 The lens comes with its original heavy duty case, genuine front cap, filter, hood, follow focus knobs and a “lens sliding attachment rig”. I’m assuming that last thing is what looks like a lens support for a shoulder rig rail. The lens itself weighs around 2.8-3kg, and the whole package comes in at 7.5kg.

A little worrying, though, is that they’re offering to declare the value at $400-500 to avoid tax and duty. Legalities aside, given the rarity of this lens, I don’t think I’d want to risk $30K for a $400-500 payout in the event that something happened to it or if it disappeared completely during shipping.

Still, if you want to find out more, maybe you’re looking for that perfect Christmas gift for somebody special, head on over to the eBay Listing. I don’t think there’ll be a Black Friday discount on this one, though.

[via Phoblographer / Images by smokegrafix]

« This timelapse of blooming flowers took 40,000 photos and nine months to create
Australian bridal magazine goes out of business after refusing to feature same-sex weddings »