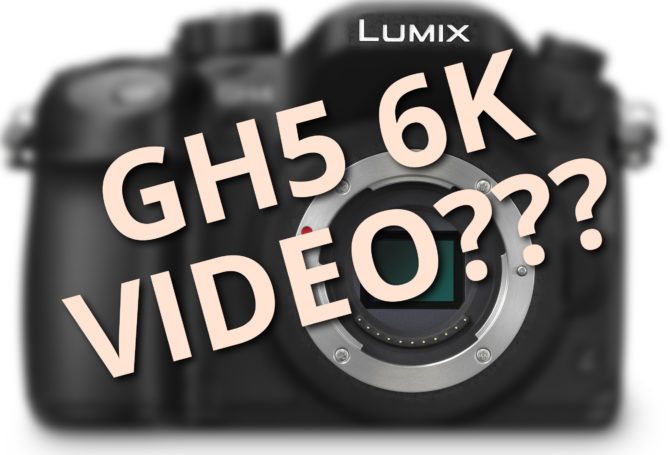 Japanese site Nikkan is reporting that the Fuji GH5 is to come with 6K video. If true, this is very exciting and completely ridiculous. We’re only just getting used to 4K, and even most of that is being downsampled to 1080p. So, why might one need a 6K camera? Well, as more and more 4K TVs get into the homes of the general public, we’re eventually going to need to deliver 4K content.

Shooting 6K footage for 4K delivery will increase quality. Just as shooting 4K today and scaling down to 1080p provides a better result than simply shooting 1080p. It also provides extra options in post for panning & zooming, or stabilising footage. But, is it too good to be true?

It sounds like it makes sense. 6K footage from a 20MP camera. The RED Dragon also shoots 6K footage with a sensor around 20MP. But, As EOSHD points out, it just doesn’t add up.

When you look at a micro four thirds sensor with its 4:3 aspect ratio, it is narrower and taller than the RED Dragon’s 16:9 20MP sensor. It’s the same amount of pixels in total, but the distribution is wrong. It would give 5K footage at most. To actually shoot 6K 16:9 footage on a 4:3 sensor, you’d need one that was around 24-28MP.

4/3 Rumors do have some specs listed that they have strong faith in.

What the heck that means is unclear to me, too, but it might be what’s started the whole “6K video” talk.

If it does turn out to be true, though, it’ll be very exciting. It would also be interesting to see how the competition responds.

What do you think? Is 6K video overkill? Or does the freedom of a little extra resolution open up more options for producing a 4K final result? Are you sick of video and just wish cameras would concentrate on shooting photographs again? Let us know in the comments.