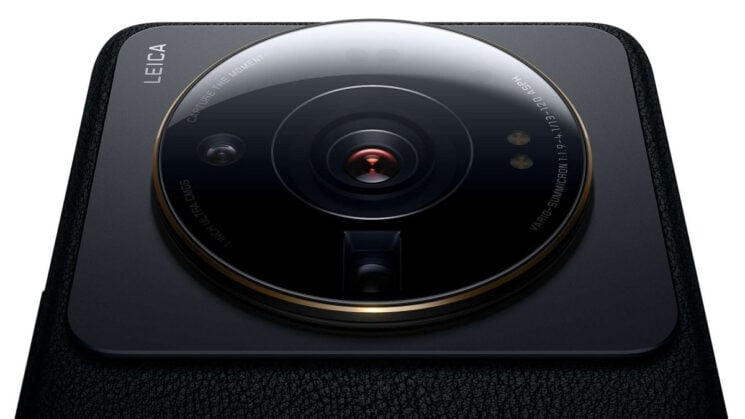 Xiaomi has now officially announced its new Xiaomi 12S Ultra smartphone, bringing with it a pair of half-inch sensors for ultrawide and periscope zoom cameras parked next to a huge 1-inch sensor main camera. It’s Sony’s flagship 1-Inch IMX989 sensor, with 50.3-megapixels of resolution and a 23mm equivalent focal length wide-angle lens. This is the largest sensor of any smartphone on the market.

In its quad pixel 4-in-1 binned mode it also features the largest individual pixels at 3.2µm which should help with low light and low noise images. Leica’s contribution, according to GSM Arena, is its 8P element lens as well as the software. The phone itself is powered by Qualcomm’s latest SM8450 Snapdragon S8+ Gen 1 processor.

The front of the Xiaomi 12S Ultra sports a 6.73″ AMOLED display, with 1-120Hz AdaptiveSync Pro technology. It’s IP68 dust and water resistant, a 4860mAh battery with up to 67W wired or 50W wireless charging, Bluetooth 5.2, NFC, dual 5G, Wi-Fi 6 and all of the other usual features you’d expect from such a flagship phone today. But on the back is where things get interesting.

The main camera is that 1-inch Sony IMX989 sensor with an 8P aspherical lens. The lens itself is made from a cyclic olefin copolymer with anti-glare and lens edge ink coatings and features an infrared light filter to help protect against ghosting, flare, chromatic aberration and to minimise colour pollution. It’s capable of shooting 8K video at 24fps, 4K at up to 60fps or 1080p at up to 240fps. 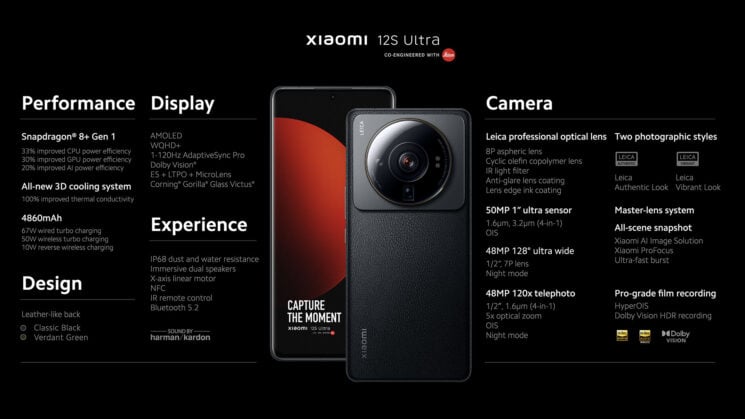 Next to it are two half-inch Sony IMX586 sensors, one for the 128° ultra-wide-angle lens and one for the 120x (5x optical) optically stabilised periscope zoom lens.  There’s also a Dual LED flash here to help produce more consistent fill light regardless of the colour temperature of the light you’re trying to balance up to. Naturally, you get all of the usual smartphone shooting modes like HDR, panorama, etc. but you also get the Leica Authentic Look and Leica Vibrant Look photographic styles, too.

This isn’t the first time a company’s put a 1-inch sensor in a smartphone. There are some others out there, although not many. So, that whole “largest sensor in a smartphone” thing is shared and not unique. Still, they’re not exactly standard in smartphones (yet?) so I think bragging rights still kind of apply.

I’ve yet to see any real sample shots taken with it, though, so I’d be curious to see how they stack up. Let’s just hope that 8K HDR footage fairs a bit better than it did in the original Xiaomi 12!

The Xiaomi 12S Ultra will launch in China first for around $900 for the 8GB/256GB version. A higher-end version with 12GB/512GB is expected to be around $1,050. There are also a couple of lower-end models, but they don’t feature the 1-inch sensor of the Ultra. Those are the 12S and 12S Pro which with prices starting at around $600 and $700 respectively. There’s no word yet on when it’ll start to roll out to the rest of the world.