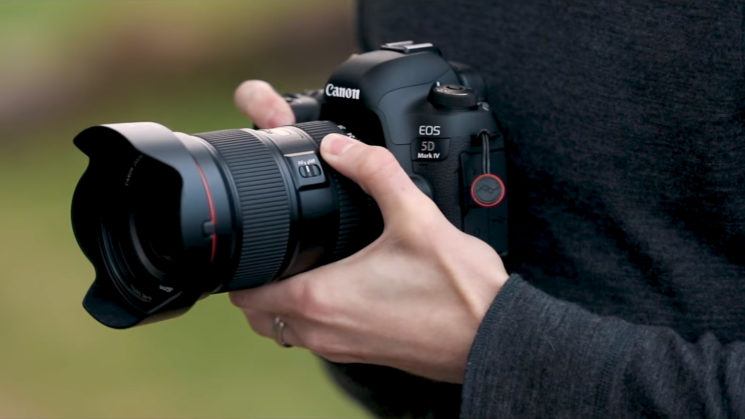 I often get behind the scenes video when I’m out on a shoot. I have a couple of DSLRs packed in the bag just for this purpose. One usually gets locked off on a tripod covering a wide shot. The other goes handheld. But getting smooth handheld footage can be a pain. A gimbal or steadicam would be fantastic, but often overkill. And it’s a lot more weight for me to carry out into the wilderness. Fortunately, there are other options.

In this video, photographer Peter McKinnon shows us some of the methods he uses to get stable handheld footage. I regularly use a few of these techniques myself. But there’s definitely some new ones here I hadn’t thought of that I’ll be trying in the future.

We brought you a few stabilisation tips a few days ago. Peter’s video builds on that with a few more techniques and things to think about while shooting.

These are the practical tips for doing basic handheld shots. Other than the neck strap I pretty much follow all of these whenever I shoot handheld video. I’d go a step further on the first tip, and actually get a pistol grip to screw into the tripod socket. Or a small tripod you can easily handhold like the Manfrotto Pixi. Holding that with my left hand, and then the camera body with the right lets me get pretty stable handheld footage.

Stabilised lenses are absolutely invaluable, too. You still get that handheld feel, but without all of the tiny little vibrations you otherwise might see.  Stabilised lenses also mean spending less time with the warp stabiliser in post. That’s a lot of hours saved if you’ve shot a ton of footage.

Peter also offers up some tips for getting handheld movement shots that mimic devices like sliders and dollies. The trick is to fall without falling over. Essentially, you hold your camera steady, and then fall forwards or backwards, stopping yourself from hitting the ground at the last moment.

I’ve done this kind of technique before from a monopod. Pulling it backwards or letting it lean forwards to simulate a dolly move and it works rather well. It can be even more effective if you’re shooting at a fast framerate. 120fps makes it super smooth when played back at 24.

Motion is a good thing to get in handheld shots, as Peter explains. Motion hides camera shake. So moving forwards, backwards, side to side, will help to even out the bumps if you’re careful.

Do you use these methods, or others that Peter didn’t cover?

This is the world’s most advanced “handheld” camera stabiliser rig