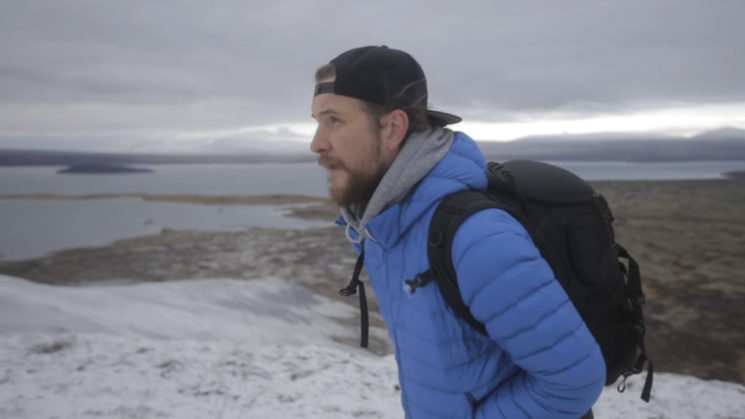 It’s funny how things go around in circles. The Warp Stabiliser was added to After Effects and Premiere to eliminate the need for techniques like the one shown in this video from Matti Haapoja. Introduced with Adobe Creative Suite 5.5 in 2011, it was supposed to make our lives easier and our footage perfect. But, as more and more people take to shooting video, the more and more its failures become apparent.

Although the Warp Stabiliser can do some wonderful things, and sometimes does its job perfectly, there are still times when it just doesn’t get it right. It’s a good video, and very useful information to know. At one time, this was just “the way”, but now it’s just one technique in our ever-growing arsenal.

It does involve using After Effects, and not Premiere Pro, which is going to feel a little daunting if you’ve not used it before. But it’s fairly straightforward, and Matti walks us through the whole process using some clips of his good friend Peter McKinnon.

It starts by importing your footage into After Effects and dragging it into a new composition. You can do this easily by draging it onto a sequence in Premiere. Then, right click and choose “Replace with After Effects composition” to set it all up automatically. With the clip selected, Matti chooses “Track Motion” from the Tracker panel. A tracking spot appears on your footage which you can move and resize to place over an obvious contrasting spot. Matti scales it up and places it over Peter’s eye. 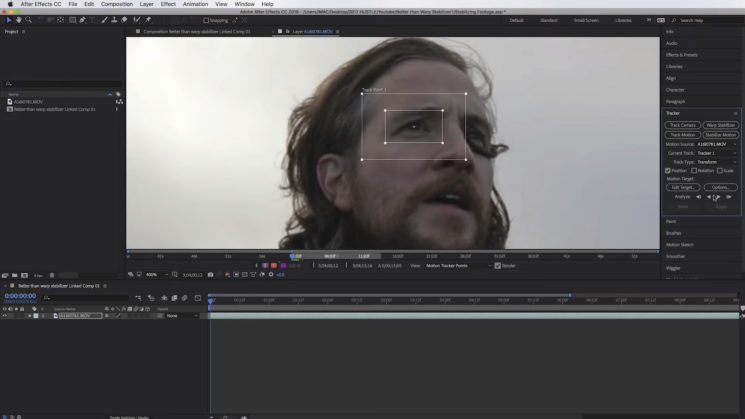 The inner of the two boxes is what you want to track. The larger of the two boxes is the area in which you want After Effects to search for the content of the small box. You want to try to keep the larger box as small as possible in order to keep the track running quickly. But you don’t want it too small, especially if there’s lots of motion, because if the area you want to track moves outside of the box from one frame to the next, it’ll lose it. But, click track and see what happens. If it fails, you can always tweak and try again.

And this is where it gets a little complicated.

If you hit play, now, nothing will happen, because there’s one final important step. 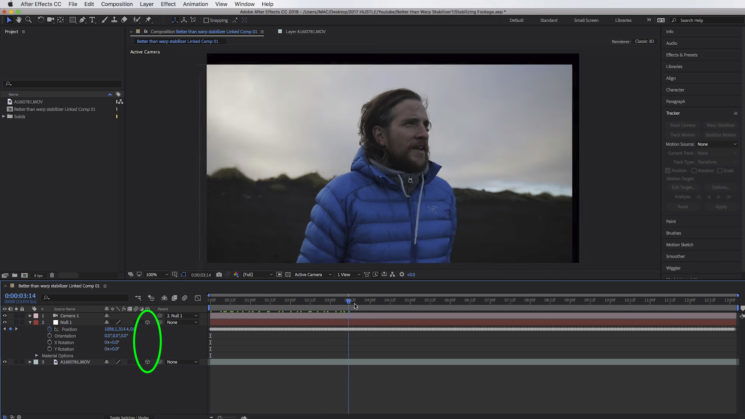 You’ll notice now as you scrub through the timeline that Peter’s face stays in a fixed point in the frame. You’ll also notice black borders appear in various parts of the image as the footage moves to compensate for the camera shake.

And this is one of the reasons why there was a big push for 4K cameras when nobody had 4K TVs, and why people are shooting 6K and 8K now that 4K is starting to become the standard. It means you can scale the footage to fill the frame without losing the quality and detail. And that’s exactly what Matti does here. He scales the footage to make it fill the frame and hide the black borders.

Then, just hit save, close out After Effects and your Premiere sequence is magically updated.

It’s still not going to look like it was shot on a gimbal or a steadicam. You’ll still see perspective shifts as the footage plays, but it’s a very neat effect. And depending on the shot you’re trying to stabilise it can be a huge improvement over the Warp Stabiliser.

If you want to see another explanation of how AE’s Stablise Motion feature works then check out this tutorial from Andrew Kramer way back in 2008. That’s before Warp Stabiliser even existed. Andrew also goes into a few other motion tracking tricks you can do in AE.

« Ten Photoshop tips in under ten minutes to help you improve any photo
Sony a9 vs, Canon 5D Mark 1V: Looks like Sony is improving on skin tones »