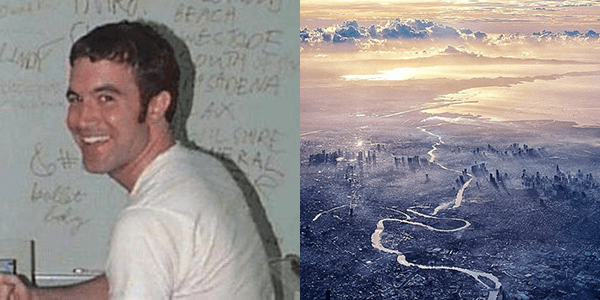 You must remember the recognizable photo of a smiling man named Tom, who was your no. 1 friend on MySpace. In 2005, News Corporation bought MySpace for the incredible $580 million, and in 2009 Tom left the company. Even if you haven’t been wondering what on earth he is doing now, you’ll still find the answer interesting – he’s turned to photography.

“MySpace Tom,” or Tom Anderson as he’s known in the real world, discovered his passion for photography shortly after retiring. From 2011, he’s been traveling the world and taking photos that are truly stunning!

With MySpace, Tom Anderson and Chris DeWolfe invented the concept of social networks in 2003 (now I feel old). In 2006, they were included on TIME Magazine’s list of 100 most influential people. The network has undergone many changes since then, and a lot of the users switched to Facebook. Tom abandoned MySpace in 2009, and with more than decent earnings from the sale, he dedicated his time to traveling and photography. Here are some of his photos:

As a former MySpace user, I find it really fun to see that the first person I ever had on a social network friends list became a photographer. According to his website, his photos have appeared in many magazines, newspapers and websites, and I can see why. I think he found a good way to invest his money, as he certainly knows how to enjoy and how to capture it on camera. If you’d like to explore more of his work, make sure to check out his Instagram.