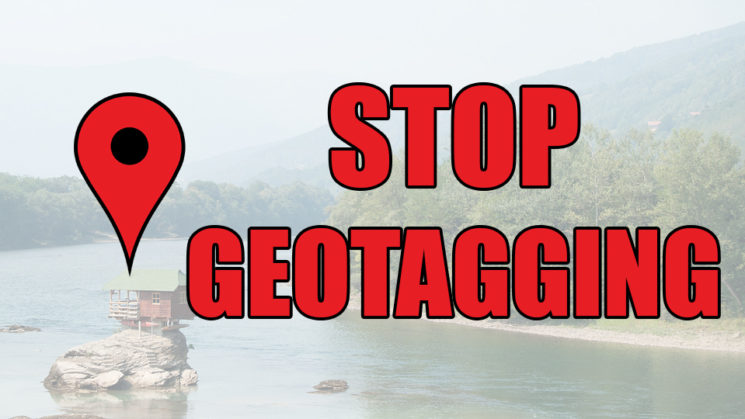 We have seen a few sad examples of what happens to natural wonders when they become too popular. In this video, Vox explores just how much geotagging your images on social media increases the destruction of nature. What happens when nature goes viral?

Vox gives an example of Horseshoe Bend, which used to be a little-known roadside view of the Colorado River. In the nineties, it was difficult to access it and not many people even knew about it. But over the past few years, this spot has dramatically increased in popularity. And apparently, Instagram is to blame.

Thanks to the geotagged Instagram images of this wonderful place, many people have heard about it in a short while. Consequently, the number of visitors increased from a few thousand a year – to roughly 1.5 million in 2017. And the number keeps growing.

Vox explains that today America’s national parks are more popular than ever, thanks to social media that is “rewriting the rules of how and why people visit them.” But what happens when national parks and other nature’s gems become wildly popular? Well, a lot of changes occur- both controlled and uncontrolled.

When the number of visitors increases, the sites need to be adapted to host them. For example, at Horseshoe Bend, there had to be over 450 parking spaces built. The National Park Service needed to build and mark the trails, the restrooms, and other facilities, as well as to secure the areas that are potentially dangerous. At the same time, they needed to make the natural environment as unharmed as possible.

As we all know, within each group of people, there’s a certain number of them that will act irresponsibly. They will destroy plants, leave trash behind them, or interfere with wildlife. They will bring themselves or others in danger, and it might even end tragically. If that group of people is huge – it means that the number of irresponsible visitors will be huge as well. This means more trash, more destruction, and more selfie-related deaths and injuries.

You may remember the story of The Broccoli Tree. It’s a perfect example of why you shouldn’t share your favorite location on social media. There are many more stories that didn’t end well just because the places became too popular thanks to social networks. Just remember the selfie-zombie apocalypse at an Ontario sunflower farm. That one was completely crazy!

There’s even an organization that protects the outdoors by teaching and inspiring people to enjoy it responsibly. The Leave No Trace Center for Outdoor Ethics has issued guidelines that teach people how to behave in nature. Among other things, it encourages people not to geotag their images when they share them on social media. After all, we’ve all seen what happens when nature’s wonders become too popular.

In my opinion, I don’t think you or me as photographers should be privileged to visit some places and take photos of them. Everyone has the same right. However, I believe that those who will leave the location as they found it kinda have more right to enjoy it. Unfortunately, people who respect nature are a minority nowadays, and revealing a beautiful location to the masses will most likely have it damaged. That’s why I believe that you should be a little selfish and keep your favorite location to yourself after all.

[Update: the article has been updated to with the accurate number of visitors in 2017]

[What happens when nature goes viral? via FStoppers]

Are landscape photographers ruining photography for each other?