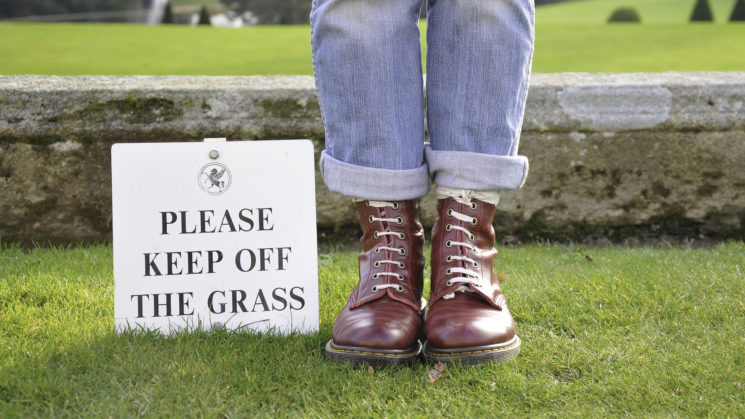 People who are “doing it for the Gram” often harm the environment, be it animals, plants, or waters. Most of us get furious when we hear of such cases, but it seems that someone has decided to do something about it, using the Instagram account Public Lands Hate You. An anonymous man has started this account trying to educate people how to behave in nature, and his goal is to make them stop destroying everything around them for the sake of social media likes.

A post shared by RESPECT OUR PUBLIC LANDS (@publiclandshateyou)

Aside from the Instagram account, Public Lands Hate You also has a website. The person behind it says that he was “tired of seeing his favorite places on public lands trashed by people who didn’t know any better or just didn’t care.” He noticed the growing trend of sharing “super outdoorsy” photos on Instagram, which has led to lots of people visiting public lands – but treating them without any care or respect.

Recently, Instagram influencers have become the focus of Public Lands Hate You. It happened right after California’s “superbloom” was closed due to a huge number of tourists taking photos in the poppy field. It reminded me of the “zombie apocalypse” at an Ontario sunflower farm. In an interview with Jezebel, the person behind Public Lands Hate You said that there was one particular photo that “pushed him over the edge.”

“But the photo that really kind of got me more on the influencer path, specifically, and sponsored posts, was a girl in the middle of the poppies holding a can of Campbells soup. I’m like: who the f*ck thinks it’s a great to idea to haul up a plastic jar of soup, hold a can out and say, “This is a great hike, you all should buy some Campbells soup”? You’ve got to be out of your mind.”

A post shared by RESPECT OUR PUBLIC LANDS (@publiclandshateyou)

It’s not known who the person behind Public Lands Hate You is. All we know is that it’s a 31-year-old man who lives in the Pacific Northwest, as he said in the interview. The man explained why he chooses to stay anonymous. Due to the nature of his account, he has been getting threats from people he’s called out so far. The man adds that these people have mainly been influencers who have lots of sponsors.

Despite the negative reactions from influencers, the main goal of Public Lands Hate You is education. “We want people to be thinking about behaving responsibly before they even leave their house to visit our public lands,” the man explains.

“So the next step is that we encourage people to reach out in person, and on social media, to anyone that they see breaking to rules, and provide them with information about why what they are doing is wrong, the impacts of that behavior, and what they can do next time to be better humans.”

Sadly, many people don’t seem to get the message and they react with threats and accusations. If the educational approach doesn’t help, Public Lands Hate You gets fiercer too, and puts them on the “wall of shame”:

“If we come across people or companies that are blatantly abusing your public lands and continue to be ignorant when the facts are presented to them, we will post them here for the world to see.”

Still, even though we can call this “fighting fire with fire,” Public Lands Hate You adds a disclaimer that it is not in favor of “public stoning.”

To me personally, it seems like a reasonable approach to tell people that what they’re doing is wrong and illegal. Anyone with lots of followers needs to think of the message they’re sending to all those people. And if they react by defending themselves, being rude or threatening… Well, then I think that public shaming is an appropriate next step. What do you think?

Icelanders: we’ve had enough of Instagrammers destroying our nature

Photographers, Instagrammers – stop being so damn selfish and disrespectful

Geotagging your landscape photos is ruining the world around us. Stop it