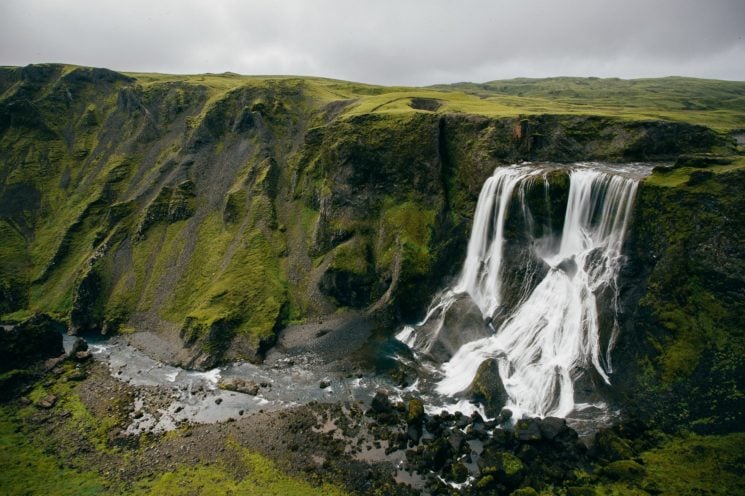 Due to its otherworldly beauty, Iceland is becoming increasingly popular among tourists. Sadly, more tourists mean more Instagram addicts who’d do anything for a “perfect” photo. Iceland is having more and more problems with inconsiderate visitors, and the locals have had enough of irresponsible influencers destroying the country’s beautiful nature.

Earlier this month, we’ve seen an Instagram star who bragged about driving offroad in a protected geothermal area. The police towed his car and slapped him a fine, but he apparently saw all that as an adventure. Then there was a 77-year-old woman who sat on an “ice throne” and floated away. The Fjaðrárgljúfur canyon was even closed for tourists who rushed to visit it after seeing Justin Bieber’s video which was filmed there. And these are only individual cases.

Apparently, there are many more cases like those I mentioned above. It has gone so far that Iceland’s tourist board has tried to promote responsible behavior on its website and in videos. It warns visitors about the importance of Icelandic moss, which dies when it’s trampled on. It also tries to educate visitors to stay on the main roads and tracks when driving. There has also been a pledge for tourists to sign at the airport where they promise to leave places as they found them. And what I find most shocking is that the tourists are warned to “stop urinating in the countryside,” as BBC reports. I mean, really? All this should be common sense, but it seems that common sense is not so common nowadays.

According to the BBC, even the locals have their attempts to stop the visitors from destroying their country. The Icelanders are making Facebook and Instagram pages showing bad behavior by Instagrammers. These accounts show “influencers drinking and driving, sitting on glaciers, walking on moss, crossing tourist perimeters at popular sites and flying drones over horses,” the BBC writes. “I have a feeling now everything is about Instagram and the perfect Instagram shot,” Michalina Okreglicka told the BBC. “I have never seen so much stupid and irresponsible [behavior] in different countries compared to Iceland.”

Photographer Pall Jokull Petursson believes there are good and bad Instagrammers, and I tend to agree. The good ones act respectfully and show you the ways to enjoy nature responsibly. But on the other hand, there are those who will disrespect anything just to take a photo. “I have seen all kinds of [behavior] that [are] both dangerous and disrespectful – like climbing over fences to stand on the edge of a cliff just for the Instagram selfie,” Petursson tells the BBC. People like this may have an Instagram influence, but it’s a bad influence.

Honestly, I’ve always found these “bad Instagrammers” repulsive. Just because you want to take a “perfect photo” doesn’t mean you’re entitled to do anything you want. And it’s not only you who will destroy nature but hundreds of other people who saw it from you.