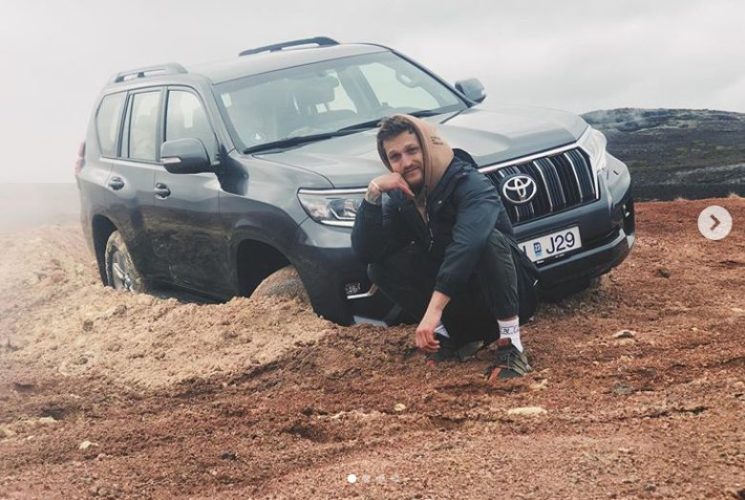 Sadly, we often hear of tourists who destroy the world around them just so they can pose for Instagram. Self-described Russian filmmaker and photographer, Alexander Tikhomirov, recently got under fire because of this. On his trip to Iceland, he plowed his car into a protected geothermal area. He snapped a few photos and bragged about his “achievement” on Instagram, which caused outrage from his followers.

Reykjavik Grapevine reports that Alexander went offroading in the geothermal area of Mývatn when his car got stuck in the soft soil. For whichever reason, he then snapped a few photos of himself and his car. He posted them on Instagram, saying that he almost ended the trip because he’d paid a heavy fine for his little “adventure.”

As expected, the post caught the attention of many Instagram users. Of course, the majority of comments are negative, especially those coming from Icelanders. Many of them told him that he should leave the country and never come back. Alexander’s followers from Russia and other parts of the world also criticized him. Most were saying that he should be ashamed of himself for destroying nature. And I couldn’t agree more.

In a Facebook post, the Icelandic police confirmed that they towed Alexander’s vehicle out of the mud. According to the statement he had been driving with such “enthusiasm” that his car ended up in a solid soil near hot steam areas. Driving offroad is illegal in Iceland precisely because of the damage it can do to the fragile soil, just like it happened in this case. When the police confirmed what Alexander was bragging about – they’d slapped him with a heavy fine. He definitely deserved it.

What I find annoying (in addition to Alexander’s disrespectful behavior) is his bragging on Instagram. I think he belongs to that kind of people who’ll pick ancient statues’ noses, climb fragile trees or accidentally kill an animal – just to take photos for Instagram. I wonder where those people draw the line, if they do. But hey, at least he paid a fine. I hope that he paid a large sum and that he learned something, both from getting fined and from receiving all those negative comments.

« These photos show what a sunset looks like from space
A drone did not collide with Boeing 737 in Mexico, investigation concludes »