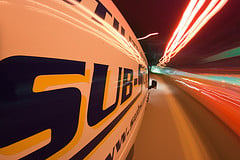 UK based photographer Ian Cornwell needed to take some pictures from the outside of a driving car for a an emergency plumbing service.

it sounds simple, till you factor in the low angle and wide lens. This makes sticking your head out the window and leaning over a really bad options.

It’s time for a car rig.

Instead of going for one of the high end car rigs, or even our DIYP’s poorman’s rig, Ian came up with a clever concept involving three pieces of gear: an industrial suction cup; a super clamp and a ball head.

The suction cup is the kind used for fixing car dents or carrying glazing. They are less than $10 on amazon – and I am talking the kind that rates for 60 kilos.

It is not surprising that it can carry the measly kilo and change of a Canon 350d, an uber cheap Samyang 8mm FE lens, the ball head and the super clamp. According to the cup formal spec, it would carry a full weight MKII and a 24-70 2.8. If you ever tried anything like that, say something in the comments. 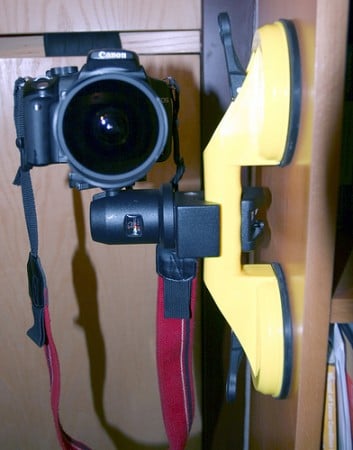 The picture is kinda self explanatory, yet there are a few tips to note:

How To Make a Kickin’ POV Helmet Cam