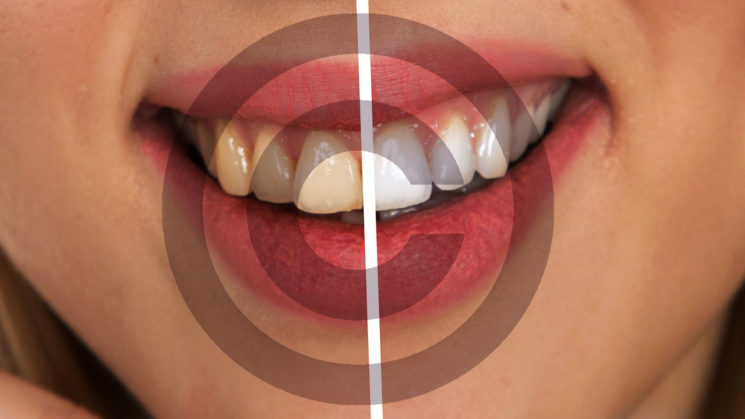 After Dr. Mitchell Pohl took photos of his patient’s teeth to showcase his work, he found his photo used without permission on several different websites. He filed a lawsuit, but Florida District Court ruled that his photos weren’t protectable by copyright laws because they lacked “creative spark.” But fortunately, the Eleventh Circuit Court of Appeals disagreed. It ruled that “before/after” photos of teeth fall under copyright protection after all.

Dr. Mitchell Pohl is a dentist based in Florida who took before and after photos of his patient’s teeth. It’s important to note that he took these photos himself, wanting to show his results in cosmetic dentistry. According to IPWatchdog.com, he performed a reverse image search, found his photos published on other websites, and sued them.

The lawsuit states that there were “at least seven different dentists’ websites” using Dr. Pohl’s image without his permission. But, all of them are run by the same healthcare marketing company. Naturally, he filed the lawsuit for copyright infringement, but the district court made a surprising decision. The judge ruled that the photos lacked creativity and originality required to be protected by copyright.

In the ruling that sounds petty salty, the district court found that Dr. Pohl’s “described process for taking the pictures involved no ‘creative spark.’” The judge emphasized that:

“(1) the pictures served the purely utilitarian purpose of advertising Dr. Pohl’s services, (2) the actions Dr. Pohl took in taking the pictures involved “the most rudimentary and basic task[s] for photographers since the era of the daguerreotype,” and (3) the entire photography process took only five minutes.”

Apparently, this was enough for the district court judge to rule that Dr. Pohl’s images were not protectable by copyright. The court concluded that “[t]here is nothing remotely creative about taking close-up photographs of teeth” and “no pair of eyes on a reasonable jury [could] find any modicum of creativity or originality in these photographs.”

Fortunately, The Eleventh Circuit disagreed and reversed the decision. The judge concluded that Dr. Pohl directed his subject and staged “lighting, angle, selection of film and camera, evoking the desired expression, and almost any other variant involved.” Even if not, his photos showed his work in cosmetic dentistry. Not to mention that they were used for false advertising, even if they weren’t copyright protected.

I find this case really curious. We have learned that the photo belongs to the photographer, and it’s protected by copyright the moment they press the shutter. Sure, it needs to be sufficiently original and not a blatant copy of someone else’s work. But I honestly believe that photographing a dentist’s (and their patient’s) effort in cosmetic dentistry is original enough. I mean, the way teeth look after the intervention is certainly the work of the dentist, right? And not to mention that the dentist indeed directs the subject and determines the light and composition of the photo.

What are your thoughts on this case? Should “before/after” photos of teeth be copyrighted? Or you think they aren’t original enough?