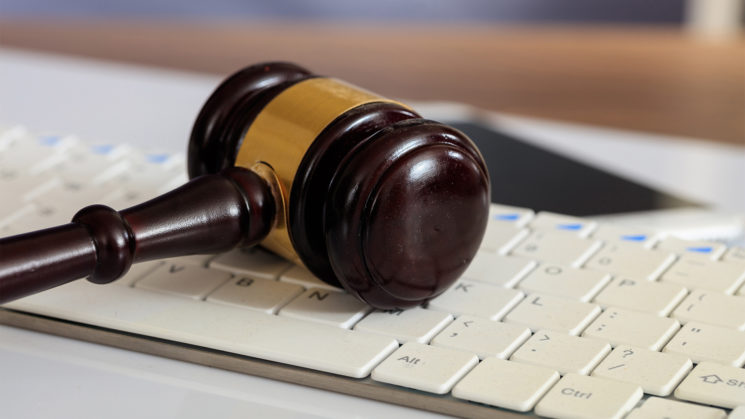 Professional photographer, Stephanie Sinclair has had her copyright infringement case against Mashable dismissed in a New York federal court. Sinclair is not just some random photographer. She’s travelled the world exploring gender and human rights issues and had her work featured in The New York Times, Time magazine and National Geographic.

The Hollywood Reporter writes that upon posting an image of a mother and child she shot in Guatemala to her Instagram feed, Mashable contacted her about using the image in a story about female photographers and offered her $50 as payment. Sinclair declined but Mashable used the image anyway – by embedding the Instagram post. Sinclair sued for copyright infringement.

According to court documents, Sinclair sued Mashable, Inc. and parent company Ziff Davis, LLC. alleging that they infringed upon her copyright by including her image by way of embedding an Instagram post into their article. The court’s ruling is interesting, however, as is its interpretation of Instagram’s Terms of Use. We’ve all seen the wording in the terms of use for Instagram and other platforms about what you agree to when you submit content to the platform. According to Instagram’s Terms of Use…

…when you share, post, or upload content that is covered by intellectual property rights (like photos or videos) on or in connection with our Service, you hereby grant to us a non-exclusive, royalty-free, transferable, sub-licensable, worldwide license to host, use, distribute, modify, run, copy, publicly perform or display, translate, and create derivative works of your content.

The more paranoid amongst us often take this to mean that Instagram, Facebook and other platforms plan to steal our content and sell it. The more level-headed realise that with the sharing that goes on between social media platforms (like Instagram and Facebook), Instagram would need to grant a sublicense for any content you post publicly if you also wanted to host it elsewhere. For example, on your Facebook page. You, as the person posting the content, need to allow them to do that in order for them to grant Facebook the sublicense to host a copy of the image, too. It’s legal speak that allows such functionality to… well, function.

The judge in this particular case also interpreted that clause to mean that when somebody embeds an Instagram post into their own website, that they are also effectively “sub-licensing it” from Instagram. And embedding posts is something which Instagram freely allows. It’s also something to which users agree to allow by clicking “I Agree” on that document they rarely read – as contended by the defence.

Sinclair’s team attempted to counter this decision, stating that because Mashable didn’t have a direct license from Sinclair, they shouldn’t be allowed to sublicense it from Instagram, however, the court did not agree with this argument, noting that…

Plaintiff’s right to grant a license directly to Mashable, and Instagram’s right, as Plaintiff’s licensee, to grant a sublicense to Mashable, operate independently. Mashable was within its rights to seek a sublicense from Instagram when Mashable failed to obtain a license directly from Plaintiff – just as Mashable would be within its rights to again seek a license from Plaintiff, perhaps at a higher price, if Plaintiff switched her Instagram account to “private” mode.

The court concluded that as Sinclair agreed to Instagram’s Terms of Use, she gave Instagram the right to sub-license it to Mashable – and just about everybody else on the planet – the instant she uploaded the image. Ultimately, the court dismissed the claim.

The Court finds that Mashable used Plaintiff’s photograph pursuant to a valid sublicense from Instagram, and that Plaintiff fails to state a claim for copyright infringement against Ziff Davis. Therefore, the Second Amended Complaint is DISMISSED.

It’s an interesting result, as a different New York federal court judge ruled last year that social media platforms weren’t solely responsible and that those embedding social media posts are just as culpable and responsible as the platforms themselves. While the circumstances surrounding the origin of the content people were embedding is a little different, the rules as far as the responsibility of those doing the embedding seem to be subjective depending on who’s hearing the case.

You can read the full case notes here.

[via The Hollywood Reporter]

« Here is the best photography gear of 2020, according to TIPA
This is how scientist capture photos of the coronavirus »