Photography is all about light. But just as much as that, it’s also about a lack of it. Shadows are just as important to your scene as the well lit areas, and they can really help to sell your story and add a lot of drama.

In this video, the guys of Aputure’s A Team walk us through using negative fill to help create that contrast and drama in your scene. And while they’re primarily talking about video, the same principle applies for stills, too.

Negative fill is, as the name suggests, the opposite of fill light. Whereas fill light is used to help add a little light in dark corners to prevent the shadows going to black, negative fill is designed to do the opposite. Its goal is to remove light from your scene and your subject to add darkness and contrast to a less contrasty shot.

The principle is quite simple, really. Just about everything we come into contact with on a daily basis has some level of reflectivity. So using negative fill can have a double effect. First it can help to flag off unwanted reflected light from the environment around you, but it also reflects that blackness in your subject, too. 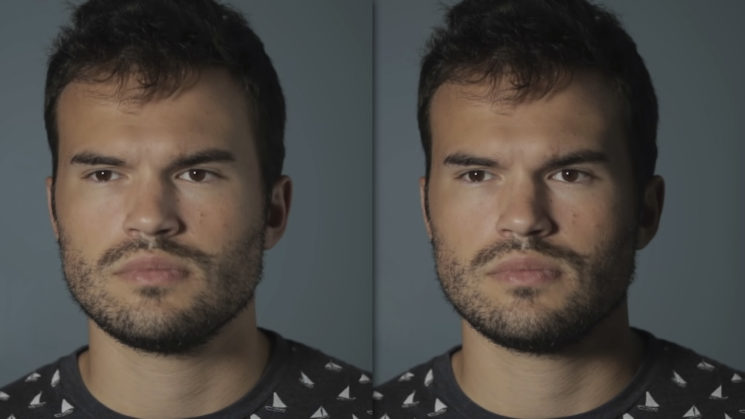 Holding up a black board or material essentially means that surfaces will be reflecting back that blackness instead of the light that it might otherwise reflect. This brings down its brightness level, increasing the contrast and drama.

This principle is also what allows negative fill to work outdoors in bright sunlight. Even though it may not be blocking light, the blackness will reflect in the surface of your subject.

Negative fill can solve a whole host of lighting problems, especially for indoor shoots where there are lots of surfaces from which light can reflect and spill into your scene.

If you’ve ever wondered why one of the sides of your 5-in-1 reflector is black, this is why.

Learn How, When and Why to Use Negative Fill (Including DIY Solutions)

How to effectively light black & white shots for a dramatic look