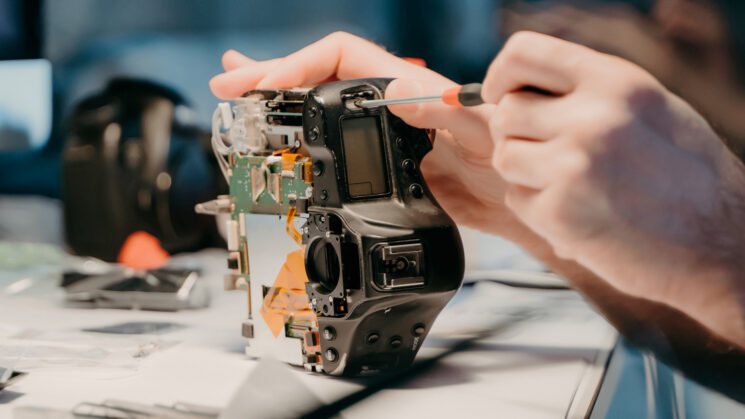 After President Biden’s recent executive order instructing the FTC to institute rules regarding Right to Repair, and attempting to end the practice of expensive proprietary repairs that have become rife in all industries around the world, the FTC has now posted a statement prioritising more aggressive enforcement of unlawful repair restrictions.

Essentially, they’re saying that companies can no longer hold your damaged equipment hostage for a $1,500 proprietary repair when the actual cause of the problem can be solved with a $12 part. It should also mean less electronic waste and faster repairs, as you won’t be limited to only using the manufacturer as your only source of repair.

When I was a kid, you could repair pretty much anything. If a device died, if you knew how to find the cause of the problem, you’d just head out to the local electronics shop and buy the part you needed (or they’d order it for you if they didn’t have it in stock). Then, just whip out the soldering iron, remove the old part, insert the replacement part, and you’re done. No problem.

Over the years, tech has massively increased in complexity as chips get smaller and smaller. One can understand why manufacturers would not want random people being able to just go out and buy a spare part and have a go at a DIY fix. It’s much easier to kill stuff if you don’t know what you’re doing now.

But many companies have used this to their advantage. Terms like “planned obsolescence” have been around for a number of years now by simply making parts unavailable and forcing you to upgrade to a whole new device. Others use part exclusivity (telling manufacturers to only supply the part to them and nobody else) as an excuse to force expensive repairs, to the point where the components simply don’t exist on the market even if you were capable of fixing it yourself – something the FTC has specifically called out in their statement.

Even one of the co-founders of Apple, arguably the biggest culprit in any discussion about expensive proprietary repairs, Steve Wozniak, has come out to speak in favour of Right to Repair.

To be clear, the new FCC statement doesn’t impose any new laws. It simply clarifies their interpretation of existing laws. iFixit, another very vocal proponent of Right to Repair summarised the statement and its purpose in a blog post saying:

Policy statements are one way government agencies clarify the issues they intend to prioritize, the lens through which they view those issues, and any actions that might follow. Unlike new rules, policy statements don’t create new law, they just clarify how the agency interprets existing laws and how it views its authority to take action against companies breaking those laws.

Policy statements can have a big impact. An FTC policy statement in 1995 reversed the commission’s policy on “prior approval” before certain companies—denied unlawful, competition-stifling mergers in the past—could seek a merger once more. The Commission voted 3-2 Wednesday to rescind that 1995 policy statement, effectively bringing prior approval back into enforcement.

Exactly how the FTC will enforce things in the near future remains to be seen, but it could be the beginning of the end for expensive proprietary repairs that force you to go back to the manufacturer.

Photographer Calls For Selfie Stick Free Weddings, Gets Massive Approval, Has To Take The Post Down