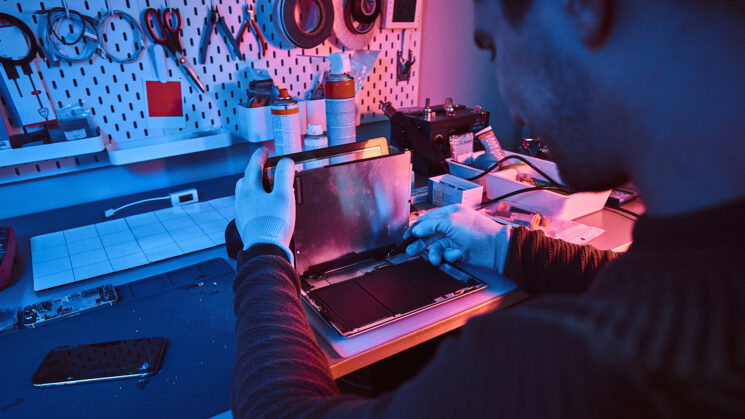 Well, this is an interesting one. Right-to-repair has been a hot topic for a few years now. It’s a way to combat things like planned obsolescence and expensive proprietary repairs for products you own. Printers, for example, are well known to allegedly have finite lifespans programmed into them. But some products, like those from Apple, are simply impossible to repair yourself if they break.

It’s interesting then, for Steve Wozniak – yup, the Apple co-founder – to not only speak in support of right-to-repair but explicitly stating that Apple wouldn’t have existed in the first place if not for the ability to repair the “open” electronics they owned at the time of its creation.

There are a number of high profile supports for right-to-repair out there now, like iFixit and Louis Rossmann, calling for legislation to thwart the “anti-repair restrictions” of companies. Giving consumers the right to repair the products they buy themselves and, well, Apple is one of the companies most spoken about when it comes to expensive proprietary repairs.

Louis, however, actually sent a Cameo request to Apple co-founder Steve Wozniak, asking about right-to-repair and, well, the response is pleasantly surprising. Wozniak came out not only in favour of right-to-repair, but went on a nine and a half minute talk, where he states amongst other things that “we wouldn’t have had an Apple, had I not grown up in a very open technology world”.

The entire talk is well worth listening to. And while I’m not quite as old as Steve, I can remember many of the things he mentions and electronics my parents owned all coming with full electronic schematics even as recently as the 80s. Even though I only had half a clue what any of it actually meant at the time, I enjoyed studying them and trying to figure out what everything did. I also had the Apple IIe Steve mentions in the video too, which was a lot of fun to experiment with.

But in short, Apple’s own co-founder is in favour of right-to-repair, even though current Apple management seems to be wholly opposed to it.

Also interesting is that this video comes at a time when US President Biden is asking the FTC to draft Right to Repair rules. The executive order is expected to benefit everything from farmers, who Bloomberg reports face expensive repair costs from tractor manufacturers who use proprietary repair tools, software and diagnostics equipment, to home and business tech users like you and me who own cameras, computers, smartphones, tablets and other devices that we use on a daily basis.

This means that companies like Apple, Microsoft, Nikon and others who’ve imposed limits on who can repair what will have to start being more open. Also mentioned in the Bloomberg article is that the European Commission has also announced plans for right-to-repair rules governing smartphones, tablets and laptops.

As well as the obvious frustrations to the customer, environmental activists say that not being able to repair your own stuff encourages waste, because the proprietary repairs are so expensive that it’s often financially cheaper for them to throw it away and buy another. This means it’s a win-win for the company. Either they profit from an expensive repair or they profit from selling another one. You can see why they’re against right-to-repair, huh?

The right to repair one’s own stuff has been a long-running battle, but it seems that we might finally be starting to see some light at the end of the tunnel.