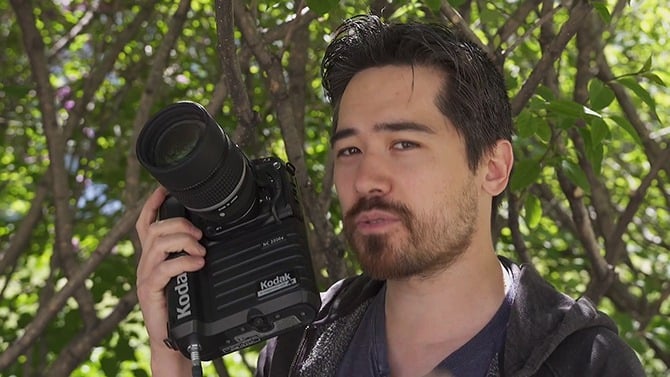 The Nikon N90s was not only my first DSLR but the first camera I owned that wasn’t just a disposable.  I loved this camera, and even use it today, but I still lusted after the convenience of digital on an SLR.  At the time, the 1.3MP Kodak NC2000 was one of those cameras I dreamed of, knowing I’d never get close to that $17K+ price tag.

In this video from The Camera Store we revisit this hybrid system and see how it stands up.  Also featured is an interview with Rob Galbraith, a constant source of knowledge and inspiration to me in my early photography days, who made the switch from Canon to Nikon just to shoot this camera.

Built off the back of a Nikon N90s, quite literally, the Kodak NC2000 turned this 35mm film SLR into a DSLR hybrid with a 4:3 aspect ratio and a crop factor of around 1.55 (slightly smaller than current Nikon DX crop bodies).

Developed in cooperation with the Associated Press, the Kodak NC2000 was designed for one purpose; Getting images back to the news agency as quickly as possible.

With the internet still in its relatively early days, and much of the world still only on dialup, bandwidth was scarce.  Fortunately, newspaper images didn’t require much resolution, and the 1.3MP files from the Kodak NC2000 were large enough to print but small enough to easily transfer over dialup in just a few minutes.

While a necessity at the time, this camera was not very well liked by those who had to use it, as Rob Galbraith explains when asked if he liked this camera.

No. No, absolutely not.  No, there was nothing to like about this as a shooting tool.  What got me excited about it is what it represented about the future.  The future of photography. 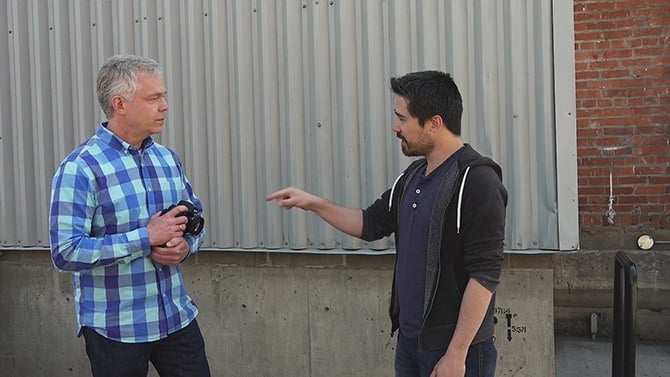 Having issues such as limited storage space, even more limited battery life, odd colour casts and a shooting speed of 2 frames per second, this camera was fraught with flaws we thankfully don’t have to deal with today, and even then, many photographers would choose to shoot film over a camera like this.

Exposure with the NC2000 was even more critical than it was with slide film, with specular highlights easily turning into what Rob calls as “Christmas Tree Highlights”, including the catchlights in peoples eyes as the NC2000’s computer simply didn’t know what to do with overexposed pixels. 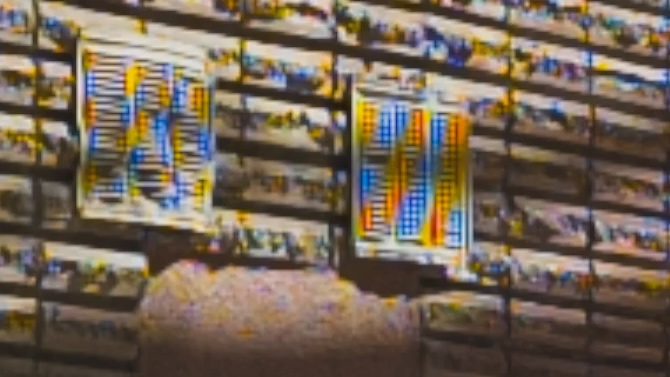 It certainly didn’t have the latitude of film or modern digital sensors, but with no built in LCD that let you see your images as you shot them, you didn’t really know whether you’d gotten your exposure just right or not until you got the card into the computer.

Sure, you might be able to bracket, but with very limited storage space, you couldn’t do that too often.  In the video, they couldn’t get a card larger than 96MB to even format and that only stored around 66 images.

Even if you were using a handheld light meter, the lack of an infrared filter on the sensor meant that your meter reading could potentially be off by different amounts from shot to shot.

With ISO ranges that can see in the dark, 4K video, 14fps+ shooting speeds, lightning fast autofocus, and cameras starting to top 100MP, things sure have come a very long way in the last 20 or so years.

As for my N90s.  I’ll never get rid of it, and I’ll still keep shooting it, but I long gave up any desire to get a digital back for it.

That being said, if I ever spot a DCS 460 floating around for the right price, I might be persuaded to part with some cash.

For those of you who were shooting 20 years ago, what camera were you using?  What are you most thankful for with the camera technology we have now compared to then?  If you haven’t been shooting quite that long, what was your first camera?  Let us know in the comments.

DSLR compared with the iPhone 7 Plus