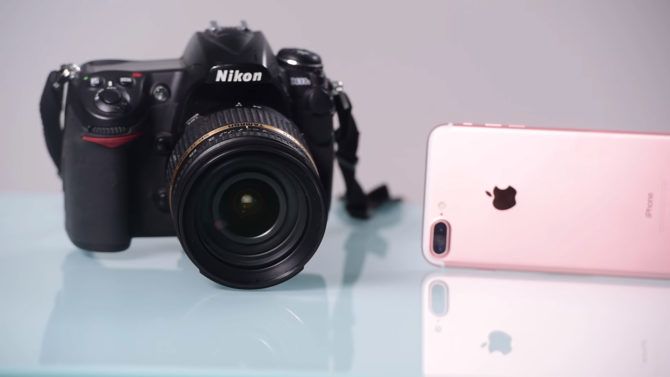 I think for most people, no matter how many comparisons or examples come out, the whole “actual camera vs smartphone camera” debate will never end. Every other new phone seems to be hailed as a “DSLR Killer” by social media. It’s only lately we’ve seen these sorts of claims from manufacturers themselves, though. It was a key selling point of the Huawei P9 and Apple say the iPhone 7 Plus shoots “DSLR quality pictures”. But does it?

We showed you some samples of the iPhone 7 Plus “portrait mode” recently, and many weren’t convinced. This video from Lee Morris over at FStoppers looks a little more in depth at the iPhone 7 Plus’ camera. He pits it against a DSLR in a bunch of different situations. Of course, it’s difficult to fairly compare a DSLR to any phone, given the vast difference in specs of today’s models. So, Lee chose to compare it with the 7 year old Nikon D300s.

While both cameras shoot 12MP, that’s about where the similarities end between the D300s and the iPhone 7 Plus. So, the results of some tests come as no surprise whatsoever.

When it came to straight up image quality under ideal conditions, the differences between the two were basically unnoticeable unless you zoomed all the way in to 100%. 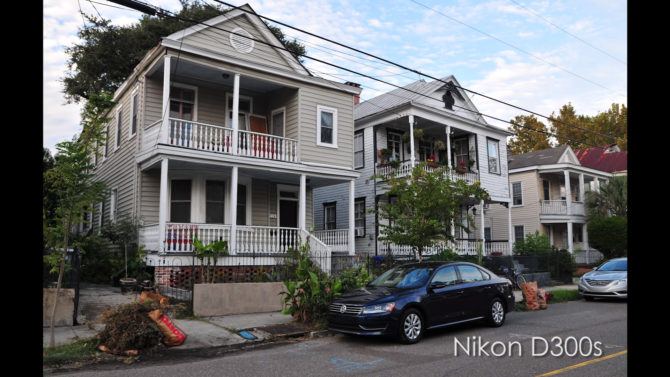 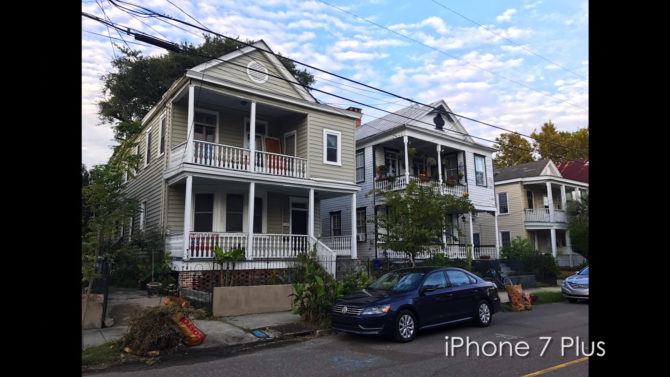 This isn’t really much of a surprise as phone cameras have been pretty good under ideal conditions for a number of years now. Even the 4S didn’t suck that badly (ideal conditions, remember). Despite the sensor being much smaller on the iPhone 7 Plus, the tech is much newer than the D300s (as it uses the same sensor as the D300 it replaced). The ISO performance wars didn’t really kick off with DSLRs until 3 months later when Nikon released the D3s.

The wide angle lens contained within the iPhone 7 Plus is also an f/1.8 aperture. One and a third stops brighter than the f/2.8 lens used on the D300s. So, naturally it’s going to be able to offer the same level of exposure at a lower ISO and present less noise. The D300s isn’t great beyond ISO1600, so it would’ve been interesting to see this comparison with the D300s using an f/1.8 prime and a lower ISO.

The portrait/depth of field comparison is the main thing most people want to see, so here it is. 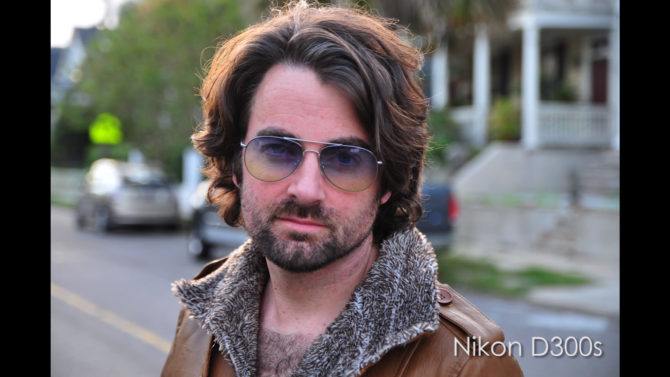 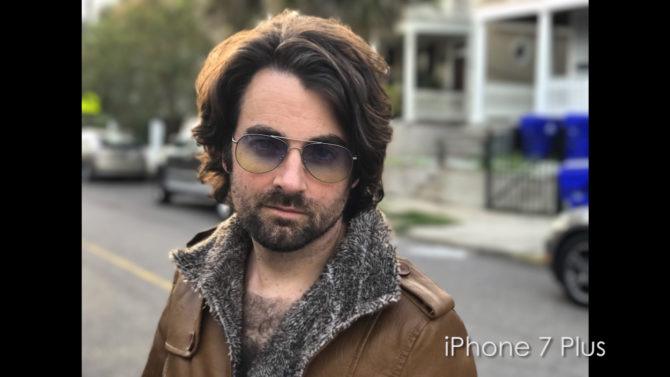 Does the iPhone’s result look surprisingly impressive? Well, yeah. Does it compare with even a crop sensor DSLR? Not really. Not for me, anyway. It does look pretty good, and posted to Instagram and viewed on a small screen, you might not really be able to tell the difference. But are you going got notice it on an 18×12 print? Absolutely.

As our own recent examples showed, there are some issues with the fake depth of field, especially around fine details like hair and contrasty patterned backgrounds. It’s a feature I could see myself at least trying out for a while before completely dismissing it. Thankfully, when you shoot a picture in portrait mode, it saves both the simulated shallow depth of field image, and the original unmodified shot as a backup, too.

The final test in the video is durability. When the D300s was released, durability was one of its major selling points, and they really are built like tanks. I’ve beaten the hell out of mine over the years, and they’ve held up extremely well. So, I was curious to see exactly what kind of tests they were going to… wait, why did he put the phone in the tub?

Not surprisingly, the D300s met its demise during this test. While Apple don’t officially claim the iPhone 7 Plus to be waterproof, and merely “water resistant”, it survives amazingly well underwater. The screen doesn’t work underwater, so you’ll want to load your camera app before you go in, but you can still hit the volume up button to take a shot.

With DSLRs, “Weather resistant” definitely does not mean waterproof, or anything even close. I’ve shot my D300s bodies in extremely rainy conditions before, and we’ve all seen the videos of the D7000 in the shower. So, some DSLRS are extremely well sealed. But, they still need an underwater housing if you want to completely submerge them. Definitely don’t try this one at home, folks!

I’ll admit I’ve always been a bit of a D300s fanboy. Since their release in 2009, D300s bodies have been my main workhorses. It’s only this year that I’ve begun to think about replacements (because the AF died in one of them). They’re not perfect, by any means. When you switch over to 14Bit Raw, the framerate drops to a measly 2.5fps (bad, even in 2009), the high ISO performance is pretty abysmal, and the video’s all but useless. But for what I shoot, they’re perfect for me.

Even though I’ll be picking up D500 bodies at some point, my iPhone will still always be with me. I’m a big believer in “good enough” when it comes to cameras. Even when I have more expensive and more capable kit with me, if my iPhone can get me the shot I want then I’ll use it. There will, of course, definitely be times where the phone will remain firmly in my pocket while I shoot with a DSLR.

What do you think? Has a phone finally become capable enough for you to replace your DSLR or mirrorless for what you shoot? Are phone cameras still just a joke? A gimmick for the Instagram generation? Will you shoot both? Or will your phone continue to be a “Well, if I haven’t got anything else with me” camera? Let us know in the comments.