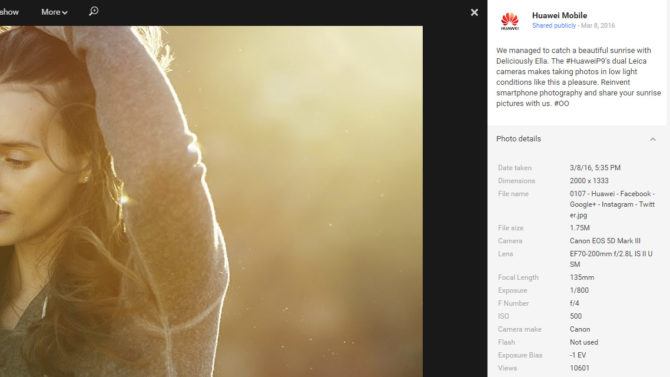 I’m not entirely sure what they thought they were doing when Huawei posted this shot to Google Plus. Did they forget to rip the EXIF data out of it before doing so? Or did they just not realise that Google told the world exactly what camera an image was shot with?

There’s been a lot of talk and fuss over the Huawei P9‘s dual camera system, and how it’s supposed to “rival DSLRs”, but if the claims were true, you’d think they’d not upload a shot made with an actual DSLR to promote their phone’s camera. 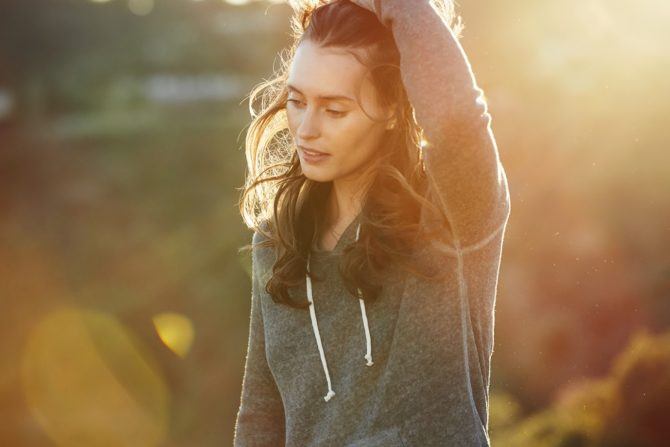 It seems a nice enough evening shot that could possibly be have created by a phone with dual camera technology, simulating depth of field with its gathered distance information. But, the reality is that it isn’t.

If you don’t believe it, just check out the EXIF data extracted by Google. 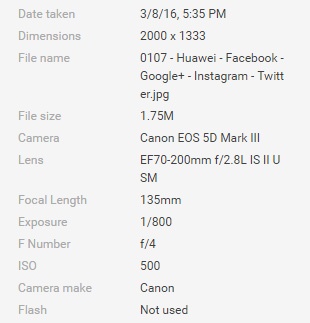 The shot was actually created with a Canon 5D Mark III and a Canon 70-200mm f/2.8L IS II USM which, between them, have a combined price of around $4500 on Amazon right now.

The wording of the description next to the image sure doesn’t outright say that this photograph was shot with the P9, giving them an out.

We managed to catch a beautiful sunrise with Deliciously Ella. The #HuaweiP9’s dual Leica cameras makes taking photos in low light conditions like this a pleasure. Reinvent smartphone photography and share your sunrise pictures with us. #OO

But it certainly does suggest it, and they obviously want the viewer to assume as such.

It seems that Huawei’s marketing department must have hired a few former politicians. Either that, or the whole Leica thing was a scam, and they’ve somehow managed to pack a 5D Mark III and 70-200mm f/2.8 into that little phone.

What do you think? Seems like dodgy and unethical marketing to me rather than a simple oversight. Let us know your thoughts in the comments.

P.S. This is kinda of surprising with Huawei. On the previous model, the Huawei P8, the company went through great lengths to capture a unique and authentic image. The company hired Benjamin von Wong to make an elaborate in-camera fire wings photo. Compared to that effort, it really is weird.  Here is the vidoe recap from that shoot. All in-camera, no Canon cameras used ;)

[UPDATE 2016/07/05] – Huawei sent us the following statement: It has recently been highlighted that an image posted to our social channels was not shot on the Huawei P9. The photo, which was professionally taken while filming a Huawei P9  advert, was shared to inspire our community. We recognise though that we should have been clearer with the captions for this image. It was never our intention to mislead. We apologise for this and we have removed the image.

This world record holder has 4500 cameras in his collection

« Take the golden ratio with you everywhere you go using this wallet sized view finder
It takes less than 100$ to move your strobe off camera. Definitely worth it »