This would be absolutely amazing if it turns out to be true. Nikon have filed a couple of patents for hybrid viewfinders in the past, but eagle eyed Flickr user, Anankhepi believes it may be on the way. Two dark circles above the viewfinder in the leaked Nikon D850 photos are the clue.

On first glance, one might simply believe them to be screw holes, but they don’t exist in any other camera in Nikon’s  lineup. And never have. He believes these holes contain sensors to detect when the camera is being held up to your eye. This video from Angry Photographer goes into more detail about how this may work.

If it’s true, this will be fantastic, and it will show that Nikon truly are still innovating. Given the underwhelming non-announcement about the D850, they’d better be coming up with something impressive, that’s for sure. And this would put some serious pressure onto Sony and Fuji who are leading the “EVF is better than OVF” charge. With this, Nikon users could get the best of both worlds (in theory). 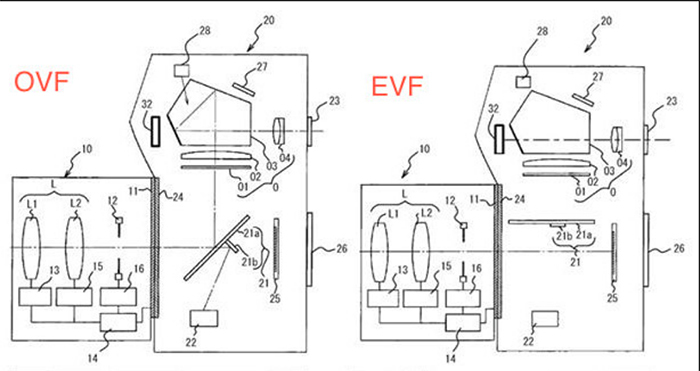 This has got me rather excited for the future of Nikon. I’m still not completely sold on the virtues of the EVF for myself, but it could be a great thing for Nikon. It may mean they actually have a chance to turn things around and become a major force again.

Of course, the idea of the hybrid viewfinder is still just an educated guess at this point and not a confirmed fact. Such a big leap would explain the tease, though, vs the “Here we are! Look at us!” shouty announcements that came with the D5, D500 and D7500.

I know quite a few people who switched from Nikon to Sony purely for the benefits of EVF, while still preferring the ergonomics of Nikon. I wonder if this might convince a few to come back to the dark side.

OVF vs EVF – A Philosophical Difference