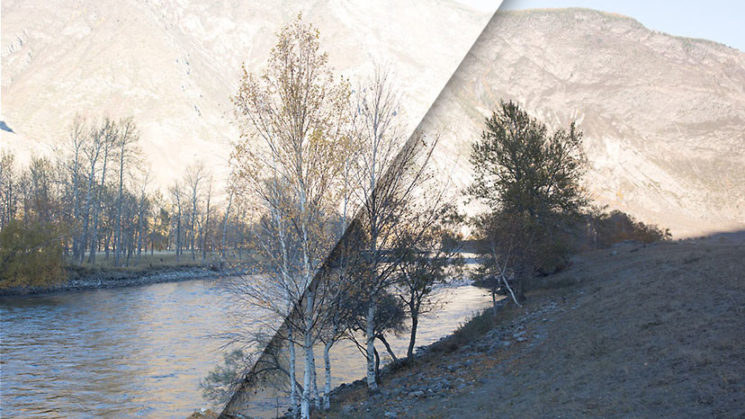 This is a pretty cool development from LibRaw (the company behind FastRawViewer) which lets you squeeze an extra stop of dynamic range out of your Canon 5D Mark IV raw files. Essentially, it exploits a quirk of dual pixel raw files. As they explain, a dual pixel raw file is essentially two exposures in one, a stop apart. Their new app, DPRSplit uses these two exposures to form a new DNG raw file containing the dynamic range of both exposures. 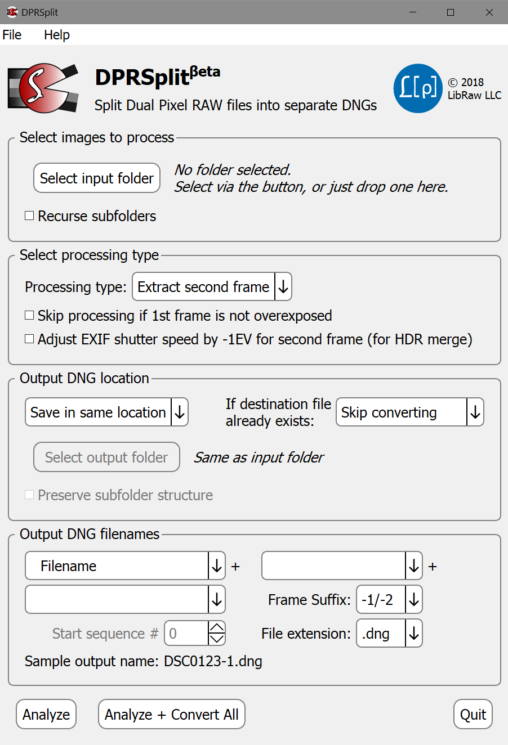 The way Canon’s dual pixel raw files work is that each pixel is composed of two subpixels. If dual pixel raw mode is enabled in the camera, then the CR2 file for a photograph basically contains two images. One is a composite from reading both of the subpixels added together to provide the correct exposure. The other is made from one set of subpixels. As one of these images only uses half of the data, it’s essentially half as bright. Or, to put it another way, about a stop darker.

Left: the “B” frame – all of the highlights are preserved. Right: the “A+B” frame, the sky and some areas of the mountain are featureless and blown out.

Canon’s software uses this subpixel set of data to allow you to tweak the focus in post. But this software utilises it in a different way. Of course, you lose the ability to tweak your focus with the newly created DNG files, but is anybody really using that anyway? I don’t know any Canon shooters who actually use Canon’s software to process their raw files.

But this DNG file can be opened in anything else that can open them. Lightroom, Adobe Camera Raw, Capture One, whatever.

An interesting tool for you 5D Mark IV shooters, and it’s completely free. Check out the Fast Raw Viewer website to download it now for Windows or Mac.