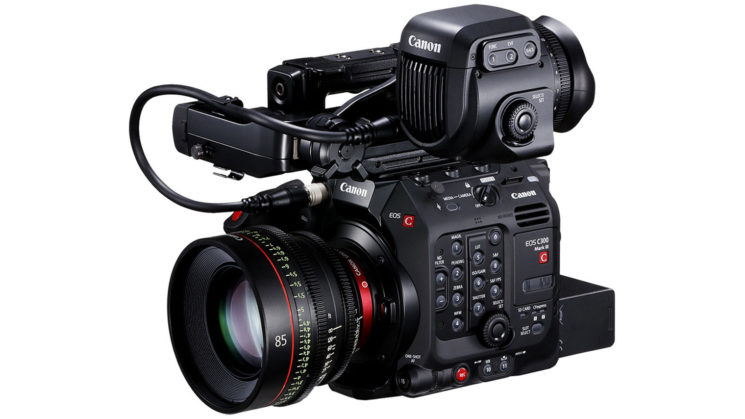 Canon has announced its latest cinema camera, the EOS C300 Mark III. Contained within is a Super 35mm Dual Gain Output (DGO) sensor with up to 16 stops of dynamic range “for superior HDR recording and low noise”. As one might expect, it has an EF lens mount on the front which means it works with Canon’s range of EF mount photography lenses, but also cinema lenses, including 2.0 and 1.33 anamorphic lenses.

It’s Canon’s flagship in their Super35 cinema lineup, and shows some great improvements over its predecessor, the C300 Mark II. For a start, its dynamic range has been boosted to 16 stops, and it now shoots Cinema RAW Light, as well as XF-AVC for DCI 4K 10-Bit 4:2:2. It’s capable of shooting that 4K video at up to 120 frames per second, too, or 2K cropped video at up to 180 frames per second.

The C300 Mark III also supports simultaneous proxy recording for editing the footage on lower-end systems. To be able to write out these large files at a fast enough pace, the C300 Mark III sports a pair of CFexpress card slots but also features an SD card slot for writing out those easy-to-chew proxy files. 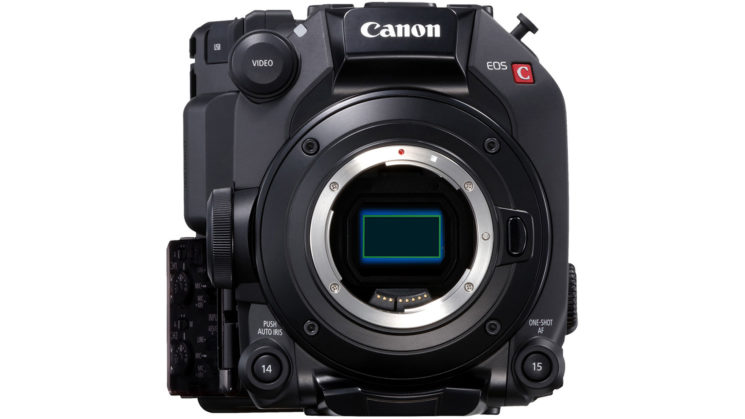 On the exterior of the unit are multiple 1/4-20″ sockets for mounting devices and it offers a similar form factor to the EOS C500 Mark II, supporting many of the same addon units. It’s designed to cover a multitude of shooting scenarios from handheld run & gun, through to huge cinema rigs, and even lightweight setups for mounting to a drone.

On the front, as mentioned, is a Canon EF mount by default, capable of accepting all of the existing EF photographic and cinema lenses. But, like other Canon Cinema cameras, it’s interchangeable and can be swapped out for PL or Locking EF mounts.

The new 4K Super 35mm DGO sensor is like dual ISO on steroids. Instead of just kicking in when you hit a certain ISO, as with many other cameras, both gain systems are seeing your scene simultaneously and being combined while you shoot to maximise the dynamic range captured in the footage. The first gain priorities saturation in brighter areas while the second reduces the noise in the darker areas, allowing for 16-stops (or potentially more) of dynamic range to be captured. 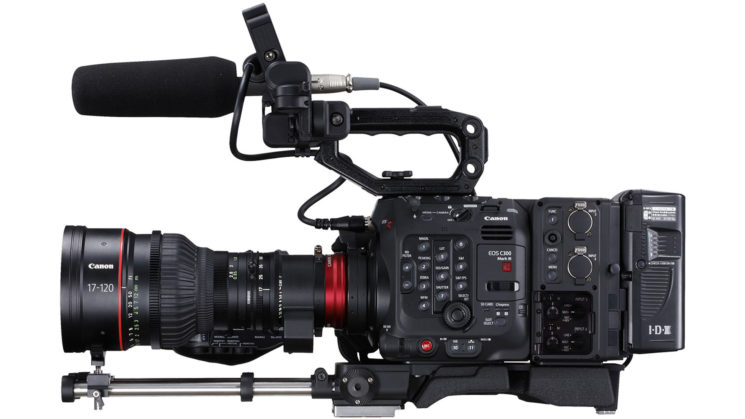 This sensor also boasts Canon’s Dual Pixel CMOS Autofocus, which works in every resolution and framerate, no matter what codec you’re using. If you stop down to around f/13 or lower, then you lose it, but if you’re stopped down that much, you likely have a pretty deep depth of field anyway, so, it’s not that important. And if you’re using cinema lenses, then autofocus doesn’t really matter.

While the 8K video rumour didn’t quite pan out (although, apparently we’ll get that on the EOS R5 in RAW), it sure looks like an impressive piece of kit. With the popularity of the C300 Mark II, I’m sure this will be a welcome upgrade for many over its five-year-old predecessor.

The Canon EOS C300 Mark III cinema camera is available to pre-order now for $10,999 and is expected to ship sometime before the end of June.