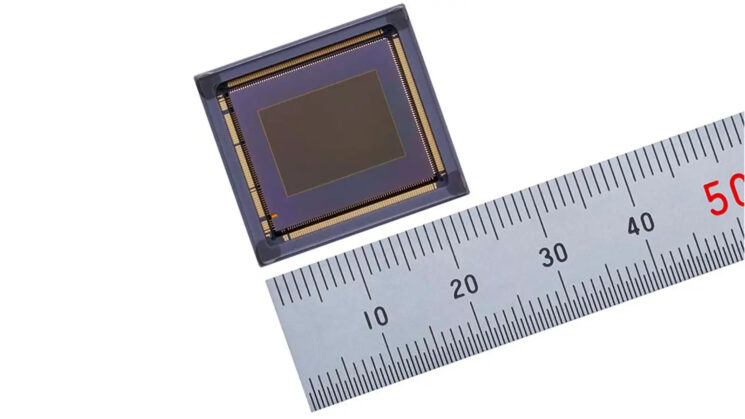 Canon has developed a new 12.6-megapixel CMOS sensor designed primarily for monitoring and industrial applications. What’s special about this sensor is that it shoots multiple exposures simultaneously each time it takes a photo to maximise dynamic range.It’s a 1-inch backside-illuminated sensor, that overcomes the limitations of existing sensor technology by splitting the image up into 736 areas.

Each of these different areas automatically determines the best exposure range for that part of the image, allowing it to shoot high and low-exposure shots simultaneously. These are then brought together in the final result, allowing it to have a massive dynamic range of 148 decibels. With one stop of light equating to 6.02dB, this means an overall dynamic range of around 24.6 stops.

The technology differs from the way most camera sensors (primarily smartphones) work. Current cameras that offer some kind of HDR stills mode typically shoot multiple complete images, each at different exposures (bracketing) and then merge them together using some clever programming. In very dynamic scenes with moving subjects – or even relatively calm ones – this can result in some level of ghosting or distortion. This is due to the way they’re blended and the AI synthesis that’s often required to try to fill in any missing data where a subject has moved between one shot and the next.

The new Canon sensor takes all of these images simultaneously in real time. The sensor is divided into 736 distinct areas. The exposure for each of these areas can be independently adjusted based on the brightness levels each area sees in order to optimise the exposure for different parts of the overall image. This completely eliminates the ghosting and other artifacts present in other existing systems.

As it’s actually seeing the entire scene at the same moment in time, there’s also no synthesis required, either. When you’re not making several exposures over time, there’s no movement from the subject, so there’s nothing to fix. This also brings other improvements like speed optimisation. Canon says that this 12.6-megapixel sensor can shoot HDR video at full resolution at up to around 60 frames per second.

It’s unlikely that this particular sensor will ever make it into the kinds of cameras we typically use. After all, it’s far too small for any of Canon’s EOS R mirrorless cameras, and Canon (along with most of the rest of the world) has given up on compact point & shoots. But it’s entirely possible that this technology (or a more advanced descendent of it) may eventually make its way into some of Canon’s mirrorless cameras.

Have a read of Canon’s complete announcement to find out more about how it works and the applications in which they expect it to be used.