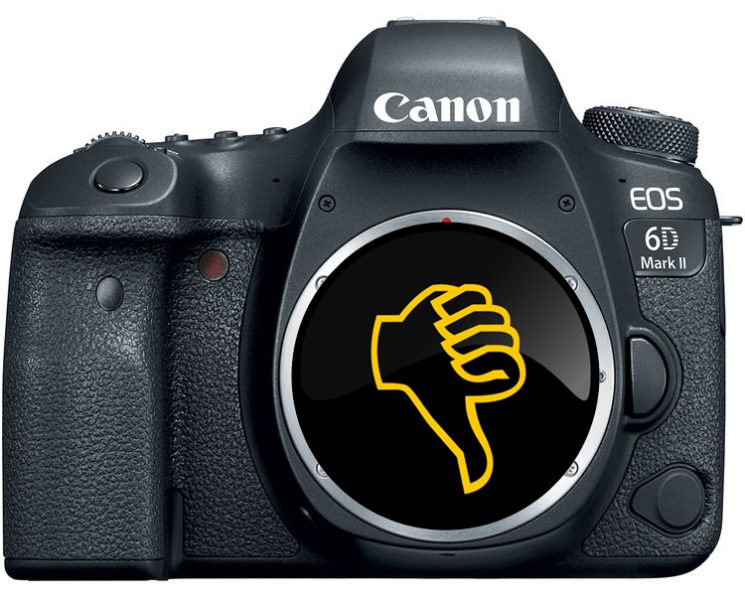 There has been a great hype about the new Canon 6D Mark II. Now that it’s officially released, the first dynamic range test results are coming in – and they are not good. As it turns out, the 6D Mark II has less dynamic range than models like 5D Mark IV or 1D X Mark II. What’s more, the results show that it even has less dynamic range than some of the APS-C bodies like Canon 80D. While this may not be a deal breaker for some photographers, it does affect your shots and the amount of detail you can get in editing.

DPReview has performed a dynamic range test, comparing the Canon 6D Mark II with a range of other cameras. They brightened a series of increasingly dark sets of exposures and compared the results between the cameras. 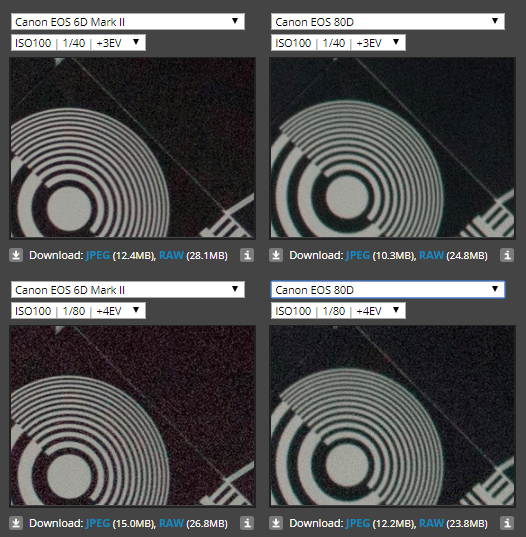 The 6D Mark II starts to get noisy sooner than the comparable Nikon D750, and even before the APS-C Canon 80D at the same settings.

They also performed the ISO invariance test, taking the same exposure shot at different ISO settings. This is one of the examples how Canon 6D Mark II compares with Nikon D750. 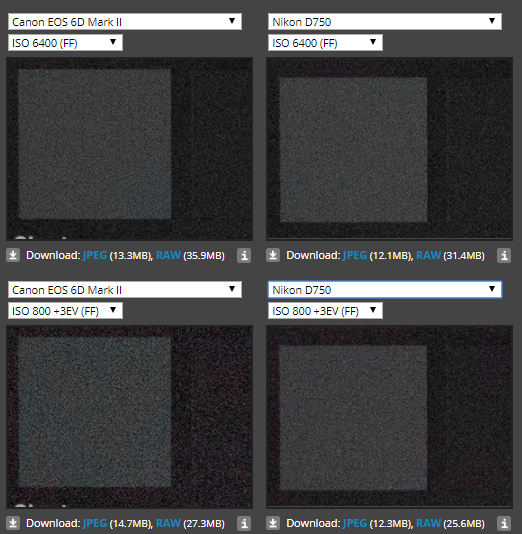 If you process RAW images from low ISO and what to get more details from the shadows, you will have much less flexibility. The electronic noise starts appearing sooner than you may expect from a camera like this, especially when compared to the APS-C model 80D.

According to DPReview, Canon’s metering system tends to underexpose the images when the subjects are backlit, and it doesn’t properly expose for the faces. So in situations like this, when you want to brighten up the subject, you may get a noticeable amount of noise in the shadows.

DPReview has compared the 6D Mark II with a range of cameras at different settings, and you can check it all out in more details here and see for yourself.

« How to photograph a wedding – Tips for professional photographers or anyone thinking about trying this!
London restaurant gives you “Instagram kit” so you can take better food photos »