Magic Lantern are a werid creature to digest. On one hand they are not part of te official Canon team. On the other, they realese incredible features for Canon touching an all aspects of the camera, from RAW video to (the dynamic range enhancing) dual ISO.

The method involves quite a bit of tech, which I dont full understand, but it involves changing the way the sensor is being amplified. Tests done by Canon Rumors member Marsu42 show improvment of 1/3 to 1/2 a stop of dynamic range depending on the used ISO.

This is not a lot comparing to Dual ISO, but it also does not change any of the camera image processing algorithm. According to Marshu,

To make these news even better it seems that using ML iso will require nothing more than turning it on. (And slightly compensating for the reduced highlights). Here are two of the graphs that show the testing resuts on ML ISO for the 5Dmk3 and 50D: 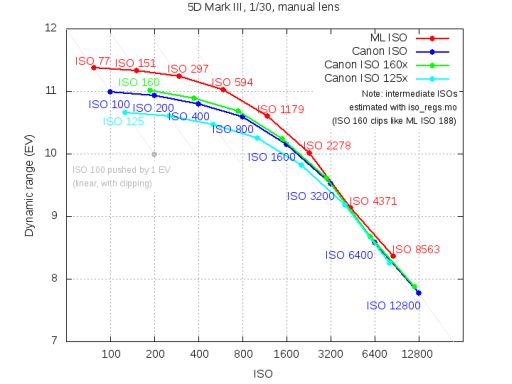 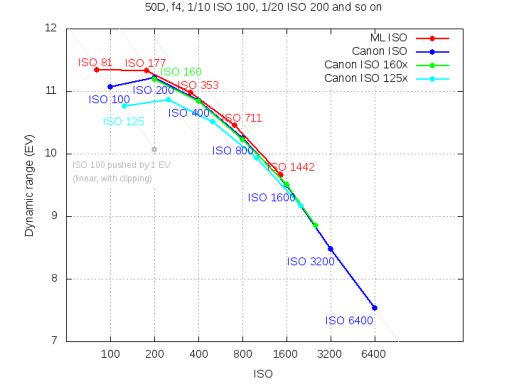 This question posted on the original ML message was interesting to read:

Does this mean Canon did not fully optimize their sensor for low noise?

I’d say they simply left a safety margin in their code to make sure the ADC is always saturated (that is, to make sure white is always recorded as white).

The usual disclaimer for early ML builds apply – use at your own risk.

« Close And Personal Photos From The Heart Of The Revolution In Kiev, Ukraine
Back Button Focusing May Be The Best Thing That Happen To Your Shooting Process. Ever. »