Over at Magic Lantern forum we saw a happy announcement today. According to nikfreak, the Popular 70D just got “Boot Disk Enabled“. A boot disk for a DSLR is kind of similar to providing an autoexec.bat to a dos system via an external system. It enables a user (or a developer) to instruct the camera to run a dedicated set of commands.

This of course marks a big step for porting Magic Lantern over to the Canon 70D, which is in the market for over a year.

The announcement came yesterday, with an image to show… 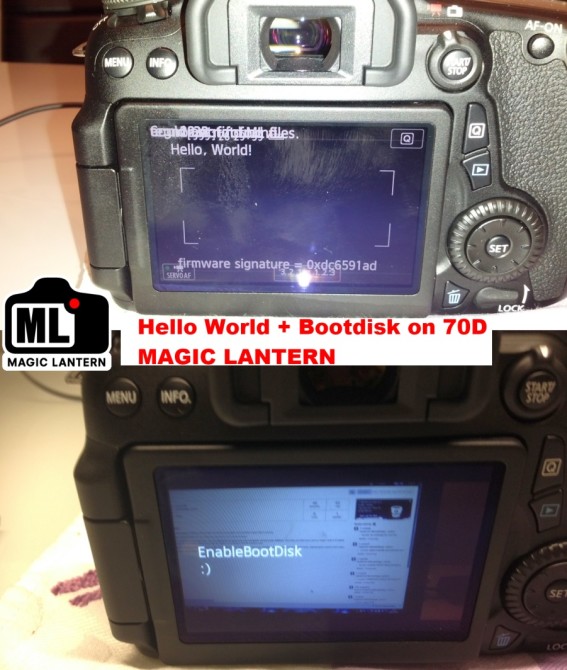 Enabling Magic lantern on the sub $1.000 Canon 70D is quite interesting. Aside from the low cost this camera boasts a 22MP sensor and a Dual Pixel CMOS AF which provides smooth focusing in live view and video modes which may be an awesome feature for videographers.

It would be interesting to follow up on this….