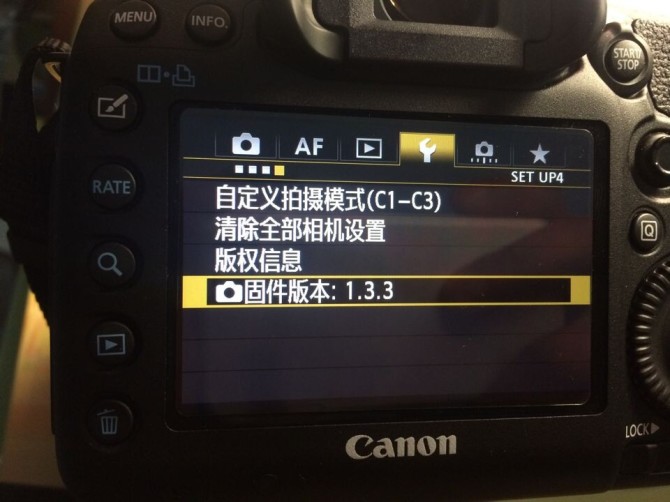 A Canon 5D Mark III owner reported on the Magic Lantern forums that he is unable to install the popular software on his new camera, which he purchased several weeks ago.

According to the owner, his camera is running firmware version 1.3.3, which does not appear on Canon’s website and is not supported by Magic Lantern. It is also worth mentioning that the user states he was unable to downgrade the firmware to an earlier version that is supported by the third-party software.

Assuming this is true, is it simply an updated firmware version that hasn’t made its way to Canon’s support website and the Magic Lantern team, or is Canon aiming to cripple your camera?

Another possibility to consider is that Canon isn’t after the feature-enhancing software, which could very likely create a workaround, and that the actual purpose of the firmware update is to prevent the use of third-party batteries.

This would not be the first time Canon cut out third-party batteries. Reports of incompatibility were made when Canon updated the 5D Mark III’s firmware to version 1.2.1 and 1.2.2/1.2.3.

We have seen a similar move from Nikon as well, when they updated the firmware of the lower-end DSLR’s, but users were still able to roll back the camera’s firmware version.

All that being said, there are a few things to keep in mind before getting the pitchforks. Firstly, the original forum post that created the buzz around this topic was written by a brand new member. It was his first post on the Magic Lantern forums and he has not written another message since.

Also, a Canon Rumors forum member states that his 5D Mark III returned last week from Canon’s New Jersey service center and it was only updated to version 1.2.3. It is common practice for new cameras, and then serviced cameras, to receive firmware updates before they are made available for download, but seems like this is not the case. While we do not know the original poster’s location, it does not seem likely that the new firmware version was released only in a certain area.

It looks like we will have to wait and see what is really going on, but this issue does raise a good question – should manufacturers be allowed to limit the functionality of your camera in order to raise their revenue?