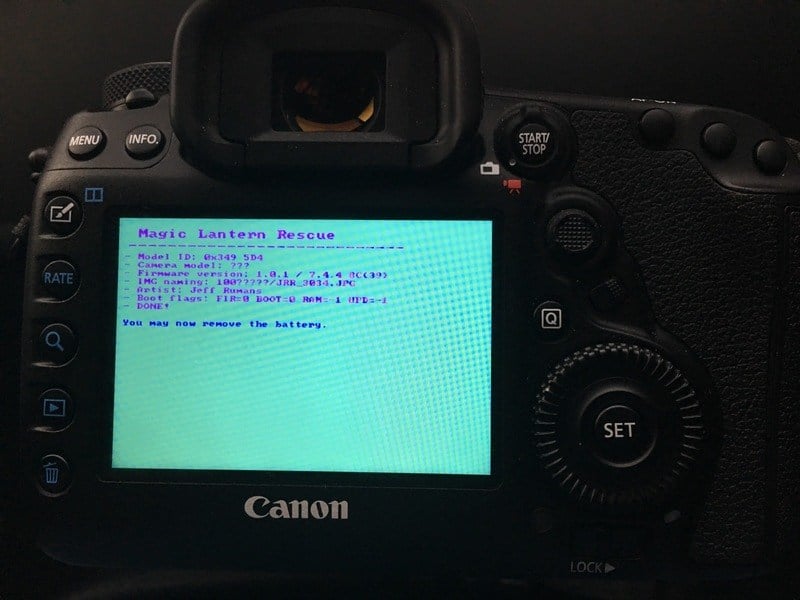 If you are a long time reader of the blog, you know that we are big fans of Magic Lantern. Magic Lantern is a piece of software that you can install on Canon DSLRs to gain extra abilities that the original camera firmware did not have. They have added RAW video, more dynamic range, and about a million other little features like peaking, zebra lines, better audio control, built in timelapse and more. You can think about it as Jail Breaking a camera. To be honest, I think that Canon is secretly supporting ML.

We have seen Magic Lantern grow into (almost) every DSLR that Canon release and now it the turn of Canon’s new EOS 5D Mark IV. Here is the thing, the Magic Lantern forums are kinda of a geektalk place, so exciting news can slip by. It turns out that first signs of a 5D mkIV port were sent almost a month ago and were buried in the forums.

The first phase with any Magic Lantern port is getting the display running and that is what we are seeing in the lead photo above.

According to the forum, there is still quite a long way to go. It seems  that Canon stirred the firmware quite a bit from previous camera. On te other hand, this may be the first step towards RAW 4K footage (assuming it wont turn the camera into a ball of over heated flames).

If you want to dive in into the technical aspects of it, go ahead and jump into the ML discussion.

P.S. if you want to get a jump start on Magic Lantern (for older Canons) you can start here.