It is probably safe to say that Magic Lantern’s RAW video is just so much better than the native H.264 that Canon camera usually put out. (and if you want to judge for yourself just head over to this huge collection of ML’s RAW footage).

So we got better resolution and better dynamic range, but it seems that we also get the buff of better low light performance. Dustin J Tolman over at Vimeo did a low light test and results are great news! Mitch over at planet5D has an interesting analysis.

Midas pretty much followed the standard RAW fetch process and the results are shown above.

Another interesting “quirk” was noted by FM member squig in the video comments. Usually in video it is safest to use ISOs in multiplication of 160 – it gives the least noise. But when using ML RAW, the best noise performance are achieved with multiples of 100. (click for the larger, original post over at FM) 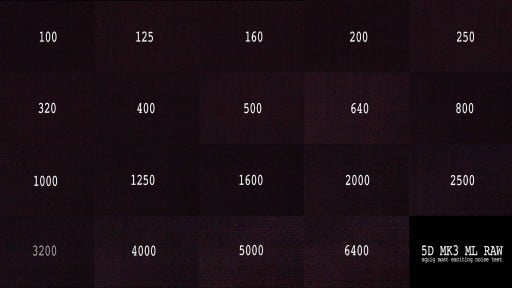