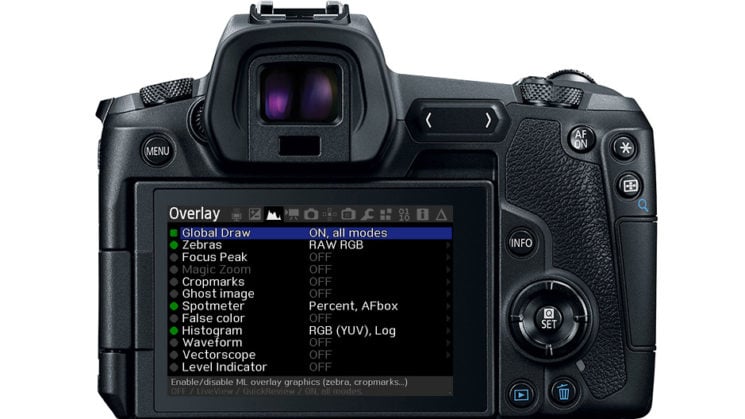 They sure don’t waste any time over at Magic Lantern HQ. A1ex at ML sent over a couple of firmware files over to Andrew Reid at EOS HD to test out on his new Canon EOS R camera. While neither file currently adds any functionality to the EOS R, one of them does prove that Magic Lantern commands will be at least possible on Canon’s new mirrorless.

The two test files were based on the bootloaders of the Canon 80D and Canon 5D Mark IV.

Unfortunately, the first firmware one wasn’t even loaded by the camera. It was recognised as a firmware for that camera, but it just didn’t understand it. Andrew writes that he and A1ex assumed the test was a bust and that the EOS R would be incapable of running Magic Lantern. But when Andrew got to testing the other firmware file, the results were more favourable.

While a green screen LCD might not look like much success, the camera did indeed load the bootloader. The screen turning green demonstrates that it’s possible to change camera registers and execute code on the camera’s main processor.

Andrew offers a little more information about the implications of this over on EOS HD, but it will be very interesting to see what features they might unlock.

Maybe we’ll get CinemaDNG RAW. Perhaps we’ll even be able to override that ridiculous 1.8x 4K crop. Only time will tell.

If you want to keep updated, there’s an EOS R thread over on the Magic Lantern forums.