Ever since Canon introduced their mirrorless EOS M I’ve been curious to see which of the two custom firmware groups will have a go at it: CHDK or Magic Lantern. I got my answer today. 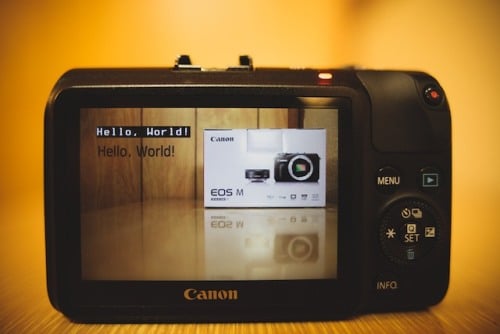 The Magic Lantern team has successfully dumped the camera’s firmware and were able ran a hello world program on it. Magic lantern writes:

In his review, Roger Cicala said the EOS-M is “a firmware update and a price drop away from being a great camera“. We, the developers of ML, will try to address the first issue.

We like the EOS-M a lot, even if in our poll it came out near the bottom. With a few software tweaks, it can be a great small camera for timelapse and astronomy work, according to ubergizmo. The video side didn’t really impress us, but as a compact travel camera with DSLR image quality, it’s probably going to be hard to beat.

Porting of the firmware is now in progress and the ML team is going through the steps of completing a full and adding relevant features.

Some of the suggestions have been improving auto-focus speed and enabling tethering with external app like the Magic Lantern’s ML Controller. 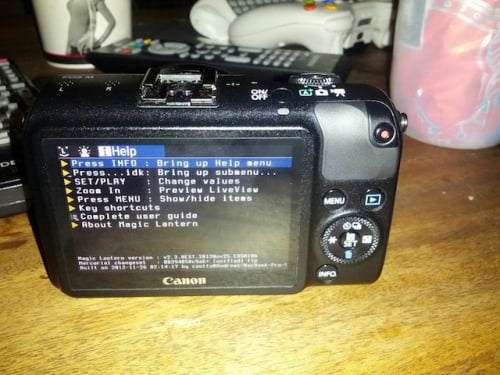 So far the team reported to be able to run Magic Lantern’s menu system, but is looking for a way to overcome the low number of buttons or enable the touch screen to control it. ML developer coutts reports:

“…menu works and can be walked. Need to figure out how to work with the
small amount of buttons we have (until later when we unlock how to use
the touch screen). up/down/left/right can walk the menu, play/set either
toggle a setting or open a sub menu. haven’t enabled any features yet

ML have indicated that priority will go towards the Canon 7dmkII once available, so it remains to be seen when and to what level the EOS M will benefit from this custom firmware.

You can follow the porting thread on Magic Lantern’s site here.