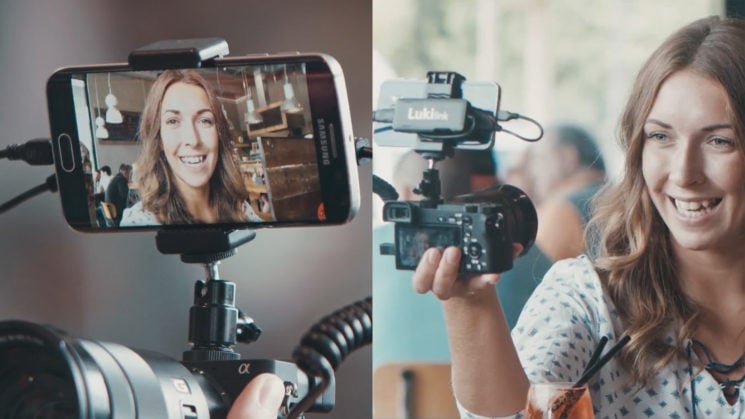 The idea of streaming liveview from your phone to your camera is not a new one. I’ve been doing it over USB and WiFi now with my Nikon DSLRs to qDslrDashboard for a while now. Other solutions, such as the TetherTools Case Relay. But, both of these systems are quite limited. You have to have one of a set list of specific cameras, for a start.

This device, called LukiLink, though, actually gives your phone HDMI capture abilities. So, you can use it with any camera that has an HDMI output. You can use it to monitor, record, and even live stream your DSLR, mirrorless or other camera’s output. The product is currently about a third funded on Kickstarter with 23 days to go. But if it can deliver on its promise, it looks fantastic.

At the moment, it seems like a decent piece of kit with a lot of potential. The hardware side of things looks to be complete. Right now you can plug pretty much anything with an HDMI output into it. Put the other end of the cable into your Android device’s USB socket (they say iPhone support is coming soon), and you’re good to go. Monitor, record or live stream.

As I said, I’ve been streaming liveview from my Nikon DSLRs to phones and tablets for a while now. qDslrDashboard is fantastic for me. I can set different aspect ratio crops, live histograms, false colour, and a whole bunch of other features. I can even use it over WiFi if I need to monitor several cameras at once from a single point. The LukiLink doesn’t technically let you stream your camera over WiFi, but it’s an Android device. So, you can always cast the screen to another device or screen. 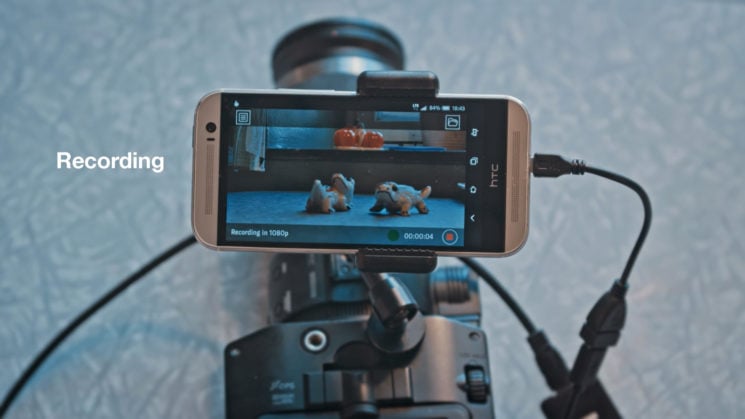 One of the neat things about the LukiLink is that it lets you record straight to your device. Handy if you have one with a huge amount of built in storage, or a microSD card slot.

It probably won’t be as high quality as recording in your camera, but it could be very useful for creating lower bitrate footage for proxy editing in something like Premiere Pro. 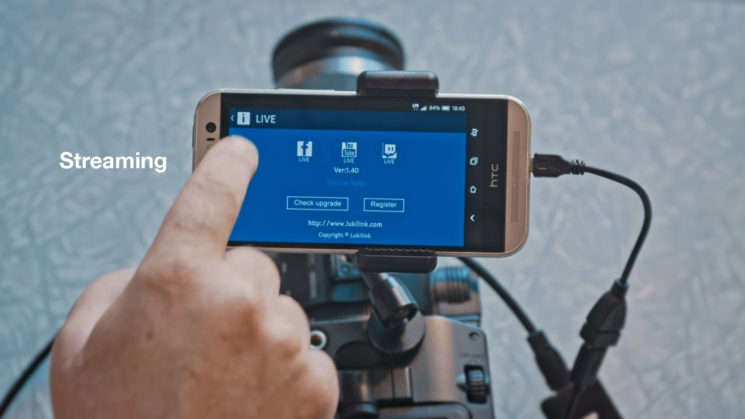 Something else that’s pretty cool, which can’t be done with Case Relay or qDslrDashboard is live streaming. The app currently lets you stream to Facebook, YouTube and other services. The Kickstart page says Twitter, but the icon shown in the screenshot above is Twitch. Given the proliferation of live streamers today, this is a very handy option. Being able to use a “real camera” rather than your phone’s regular front or rear camera will be a big increase in production quality.

But there are plenty of things it doesn’t have. There’s no waveform, focus peaking or 3D LUT support. Although these are things they hope to implement in future app updates. And software can be updated at any time.

Of course, there’s no ETA on when or if these features will ever actually be implemented. There’s also no mention of things like false colour, vectorscope, live histogram, or other useful features. So, whether or not those will appear is unknown.

As I said at the start, it looks like a decent piece of kit with a lot of potential. It’ll be a bit of a gamble as to whether or not this becomes a valuable and useful tool or not. We need to see that potential realised. We’ve all spent money on things that we play with when we first get them, destined to forever remain in a drawer afterwards. To me, this product could go either way at the moment.

I think if you’re serious about live streaming, though, this could potentially be a fantastic investment even in its current state. The price isn’t too bad, either and very competitive with the Case Relay. Of course, the Case Relay is far more feature packed than the LukiLink currently is.

Personally, I think I’ll hold off on this one to see what the future brings. If they can deliver on the app promises in the future, and actually listen to user feedback, I might pick a couple up.

If you want to find out more about the LukiLink, or preorder your own, then head on over to Kickstarter.

Convert any Android phone into an HDMI monitor