Whatever your camera is, you probably have an App to turn your phone into a wireless monitor. Sony has Imaging Edge;  Canon has Camera Connect; Fuji has Camera Remote; Panasonic has  Lumix Sync and Nikon has Wireless Mobile Utility. What’s common to all those remote control apps is that they work over WiFi and display horrible Lag. That the lack of creativity in the apps’ names.

What if there was a cheap way to convert any Android phone into a wired, low latency, high brightness HDMI monitor? Youtuber Neon Airship shares how to accomplish that for about $20. It involves as little as a tiny capture card and an OTG cable.  The good news, you already own the expensive monitor, it’s your phone.

This “hack” is similar to other hacks converting cameras into webcams using capture cards. The only difference here is that you will be pushing the signal into your phone. And you do this with an OTG cable. 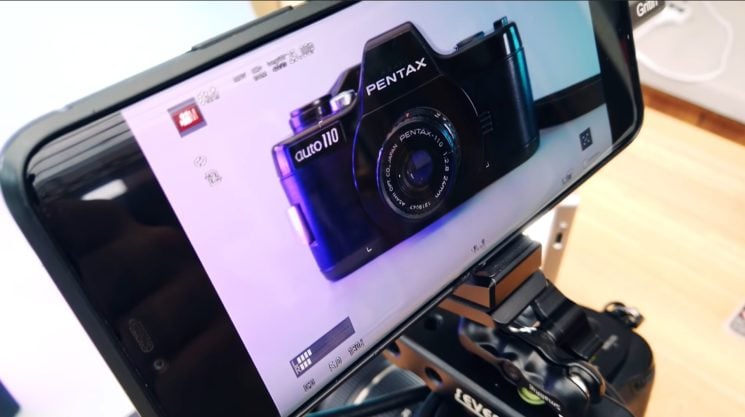 My guess is that you can pretty much use any capture device you want. What I have seen on Amazon is that you can find the cheap “brands” using the keywords USB 2.0 HDMI capture. It is ok to use a card that outputs HD, but make sure that it can receive 4K on the input side.

Once you have the card, the next step is to use an OTG cable to connect to your phone.

The last step is to use an app that can read the HDMI signal from your camera and feed it into the phone. Neon Airship recommends an app called Endoscope HD. (much more creative than those Camera Wifi Control names, right?).

If you are not convinced yet, here are some numbers for you (apologies, geeky paragraph ahead). Most standard phones now come with a 4.7 (ish) screen, which is most often very slick and bezel-free. This includes the high-end phones like the Samsung S20, or the Pixel 4. Interestingly, lower-end phones like the Samsung A71 will offer 6.7 inches for less money. brightness is OKish, the A7 is 550 nits, but the S20 is over 1300 nits. (the older S9 is over 1,100 nits too).  This is not bad without paying for another monitor. Cheap Chinese monitors are around 500 nits, so if you can see your phone in the sun, it’s probably brighter.

Make sure to watch the entire video, as Neon Airship has some clever mounting tips for you.

« Dear Nikon, your mirrorless lens swap is a joke
Yes, you can be a wedding photographer as an introvert »