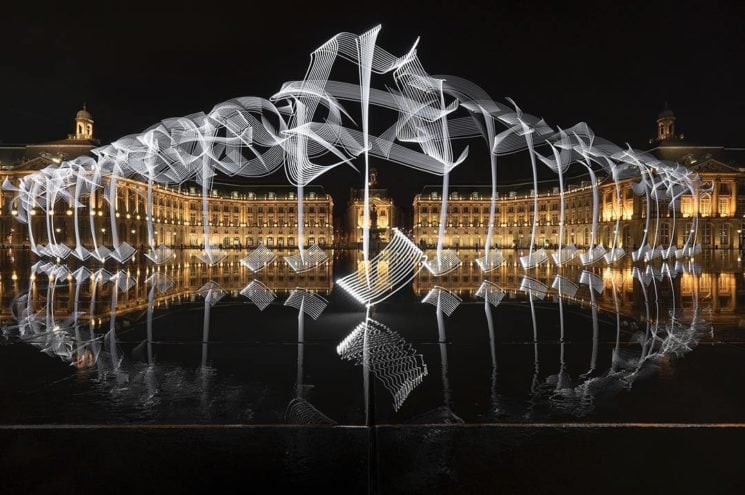 I find calligraphy wonderful, and it remains something I’d like to learn. So naturally, I was enchanted by the combination of calligraphy and photography. Mexican artists Said Dokins and Leonardo (Leo) Luna combine calligraphy and light painting.

Their project is named Heliographies of Memory, and they use calligraphic movements along with lights and long exposure photography. As a result, they create amazing “calligrafitti” at the iconic sites. They are only visible after the photographic process, and invisible to the naked eye while the process lasts.

Said and Leo visit iconic landmarks, the places such as public squares, monuments, and historic sites. They even visit abandoned places and try to resignify them. The concept of Heliographies of Memory is resignifying the places with these temporary light calligraphic writings. Said is the one with the lights, while Leo captures the writings with his camera. As Said describes their project, it is a “series of photographs that capture the calligraphic gesture, the very moment where the action of inscription is taking place.”

The artists took part at the OSTRALE Biennale of Contemporary Art in Dresden. They did the main presentation during the opening ceremony, along with several music artists. After the performance, they played the projection that showed the audience what the writings said, as they couldn’t have seen them while Said was “writing” all around them. 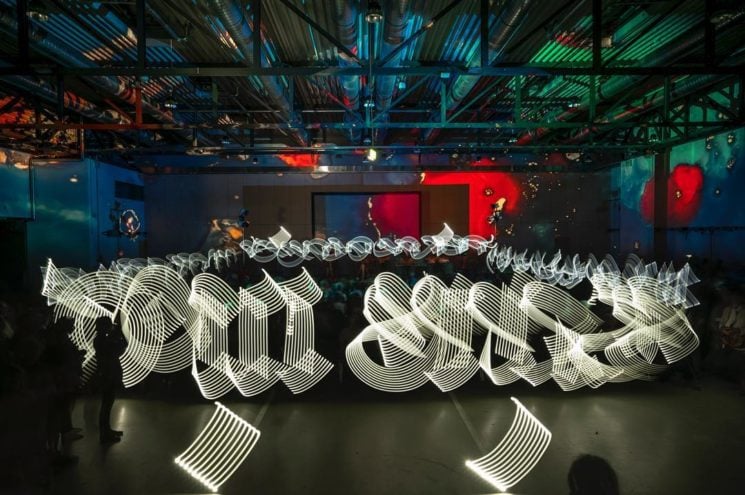 Take a look at more photos of this duo: 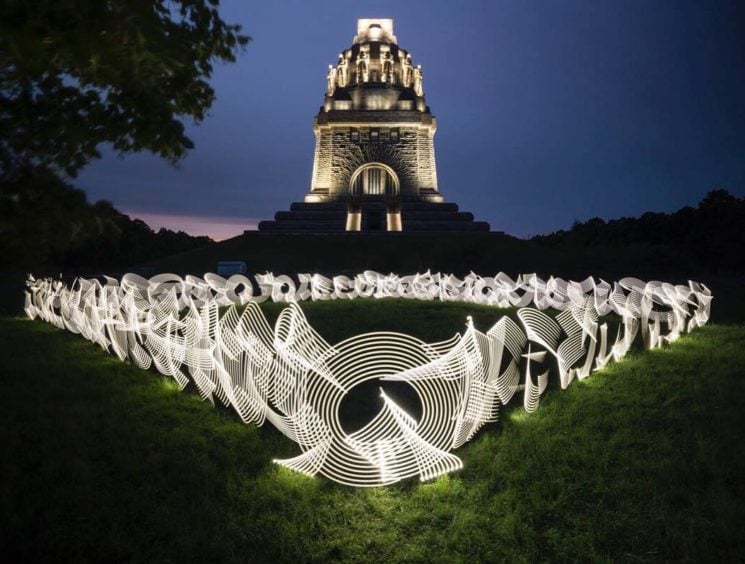 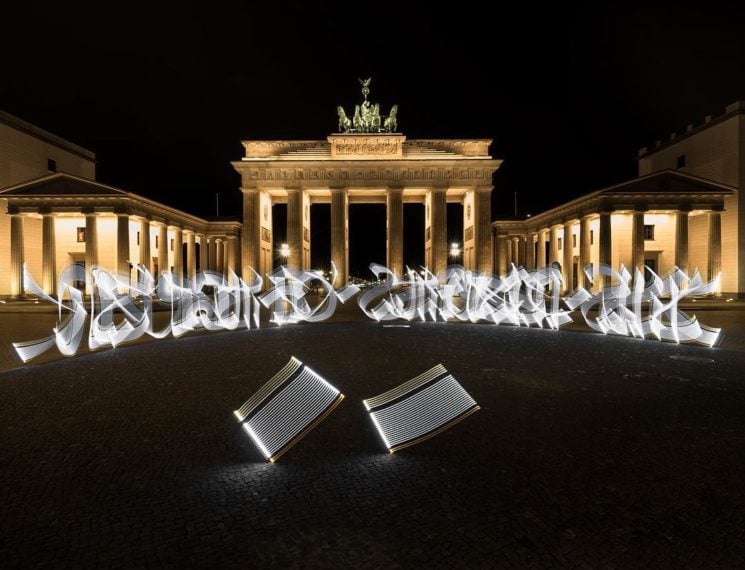 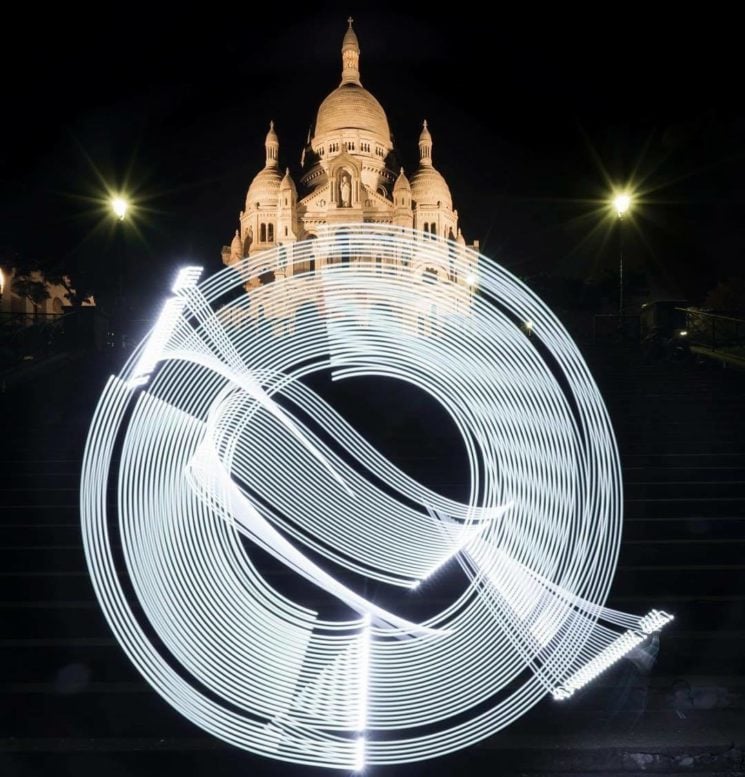 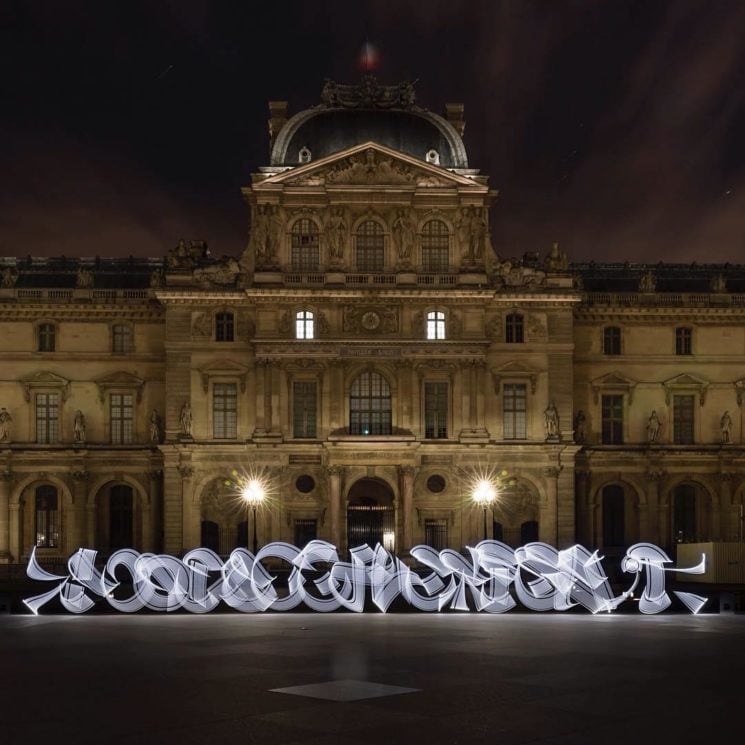 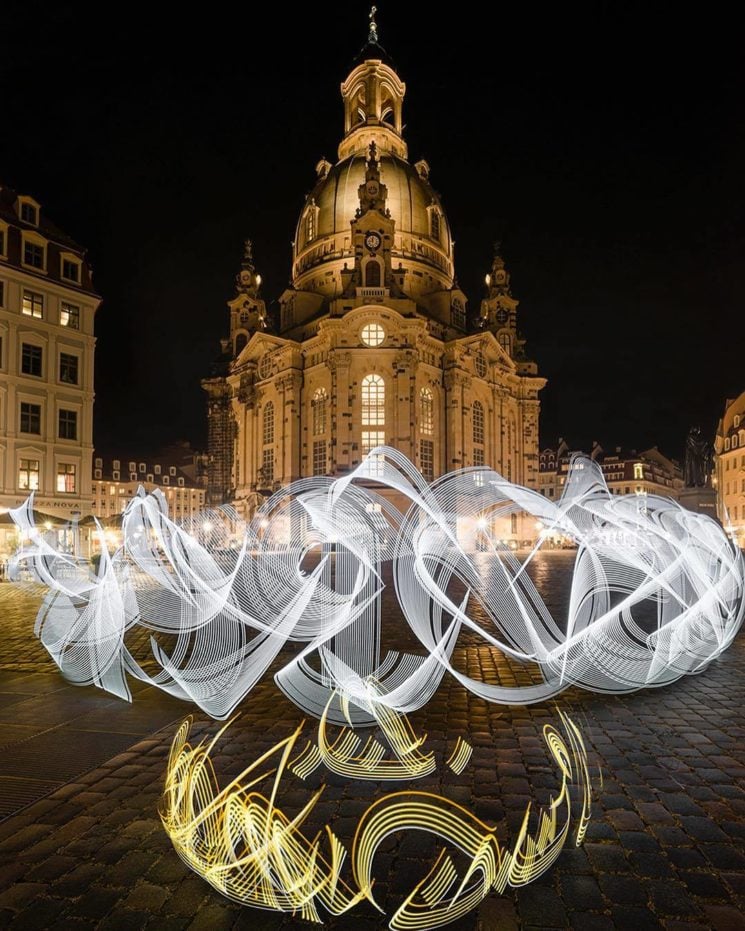 Said Dokins is a visual artist based in Mexico City, focused mainly on calligraphy, graffiti, and urban art. He has received multiple awards for his work, and he has put on curatorial projects related to urban arts and a number of political issues happening in his country. To learn more about him and see more of his work, visit his website, Facebook page, Instagram and Vimeo.

Leonardo Luna is a photographer from Mexico City. You can see more of his work on his Instagram.