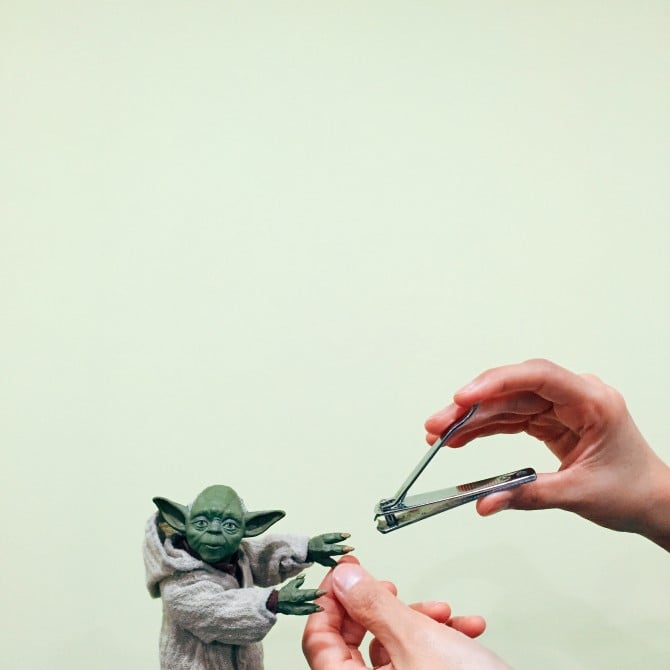 Toys are meant to entertain no matter your age, according to Daniel Cerejo, so rather than let his toys collect dust he decided to have some fun and photograph them.

Cerejo’s love of toys and humor has lead to an ongoing series capturing the daily experiences of pop culture action figures, and over 20,000 followers on his Instagram account.

See how Kermit the Frog and Mr. Potato groom, Spiderman in a sticky situation and Darth Vader putting his lightsaber to good use. 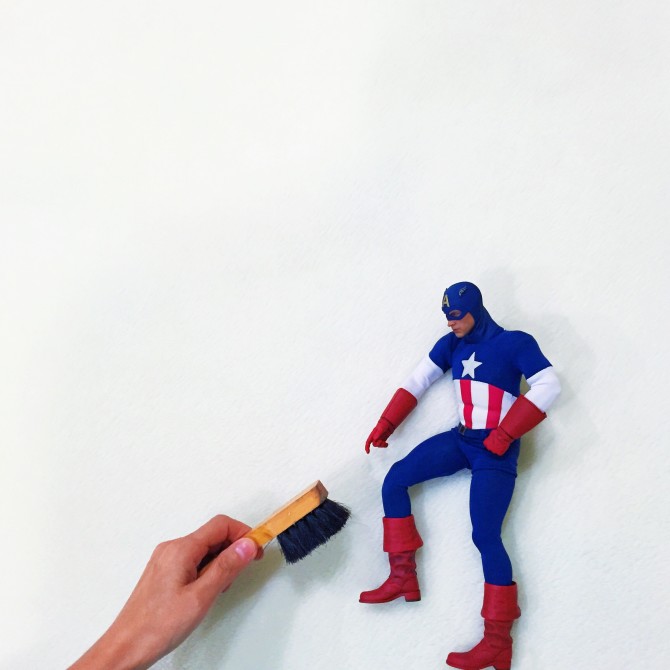 C’mon! I want to see my reflection in those boots! You heard?!?

The 25-year-old journalist from Portugal explains his fascination and inspiration:

“Well, I think I saw Toy Story too many times :D I can’t deny that movie had an influence on me, but the truth is that, in a way, I was creating stories with action figures since I was a little boy, with my older brother. You see, we grew up surrounded by toys”.

“More recently, I started collecting again and, because I don’t like to see my action figures just standing there (and because I love to laugh), I decided to start photographing them in funny situations”. 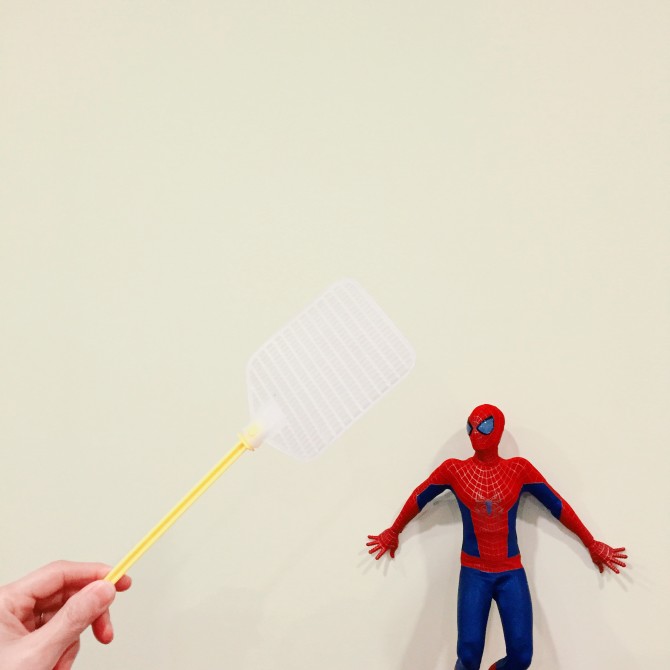 This can only be a plague! It’s the third spider I have to kill today

Unlike Edy Hardjo’s wonderful superhero photos, Cerejo likes to keep things simple. His only camera is an iPhone, his editing is done using VSCOcam and his images are minimalist.

“I only photograph with my iPhone. All the photos you see in my gallery were taken with iPhone. First I had an iPhone 5 and now I use an iPhone 6.”

“To be honest, I don’t feel the need of a better camera. These smartphones are amazing and, besides, I’m able to shoot in a very fast way.”

“I must also say that I edit my photos in an app called VSCOcam. But my workflow is very simple. I’m not a big fan of changing too much the natural colors”. 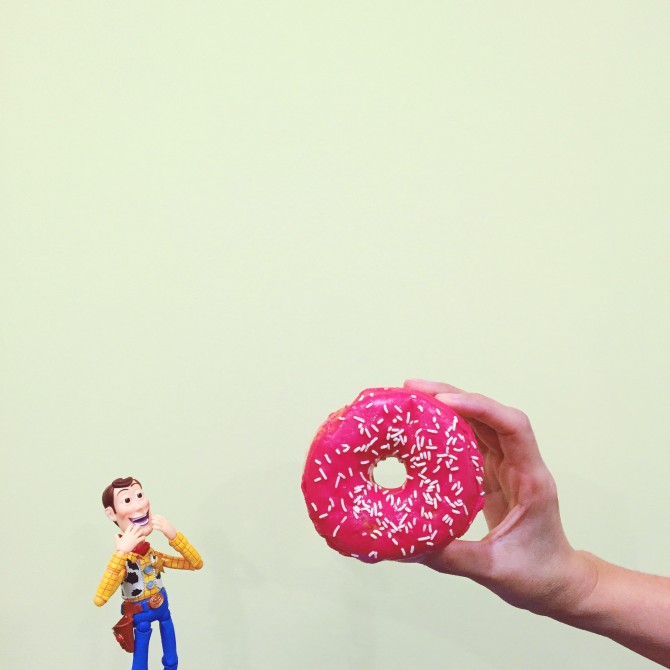 Cerojo started the series soon after he created an Instagram account almost two years ago and he promises more photos are coming. He also has a Robocop figure on the way, so follow his Instagram if you want to make sure you don’t miss it.

If you prefer seeing the roles the other way around have a look at Benjamin Von Wong‘s latest shoot of ordinary people shot as superheroes on the ledge of a San Francisco skyscraper. 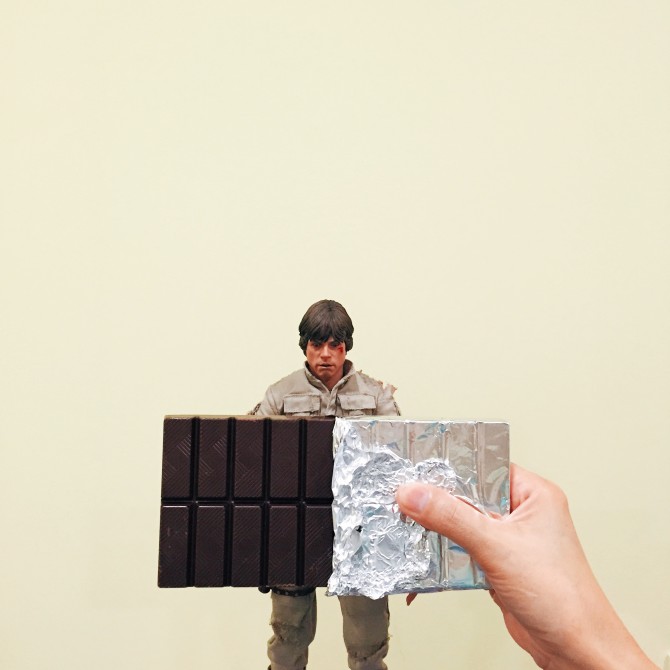 Surrender to the dark side of the chocolate, Luke! #temptedtoys 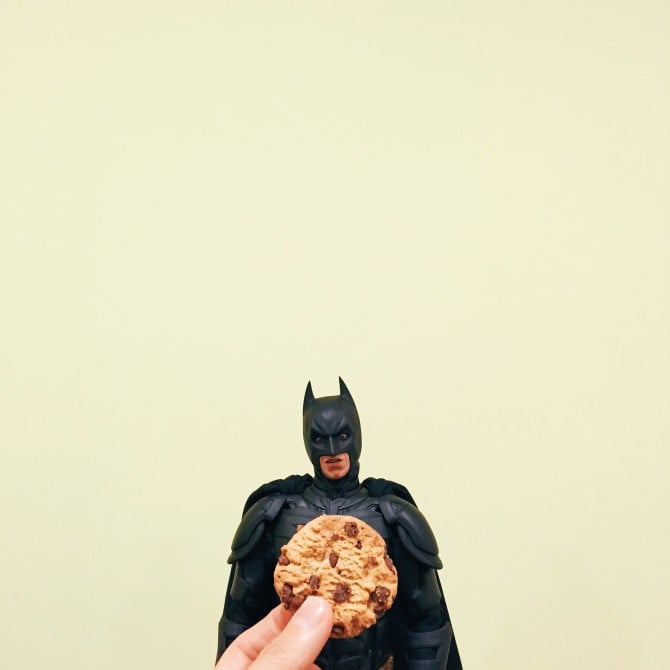 He’s tough, but, c’mon, who can resist cookies?!? #temptedtoys 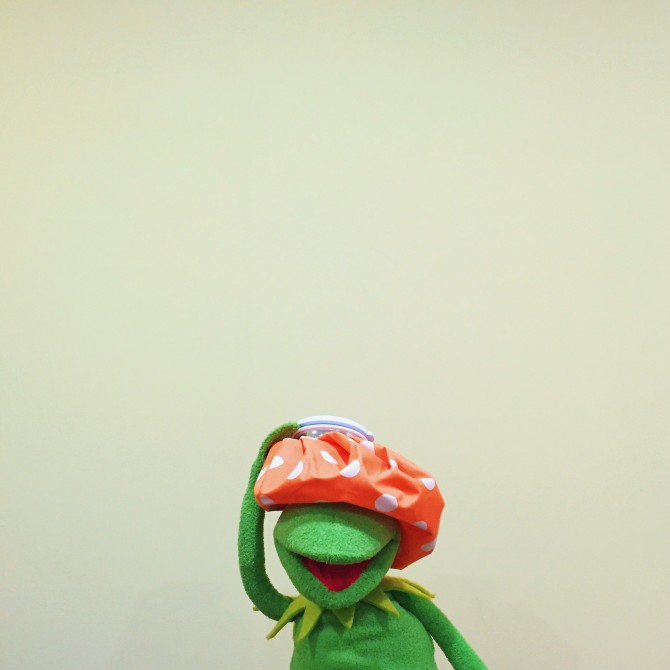 Who else partied hard this New Year’s Eve? 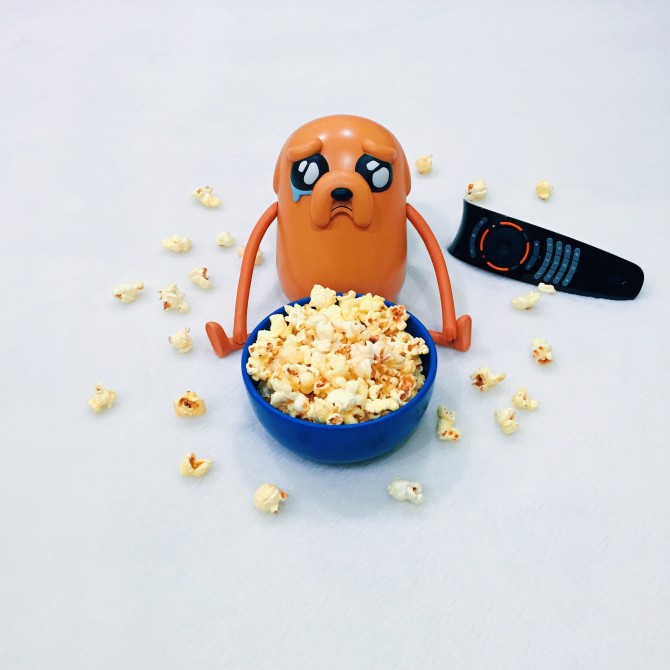 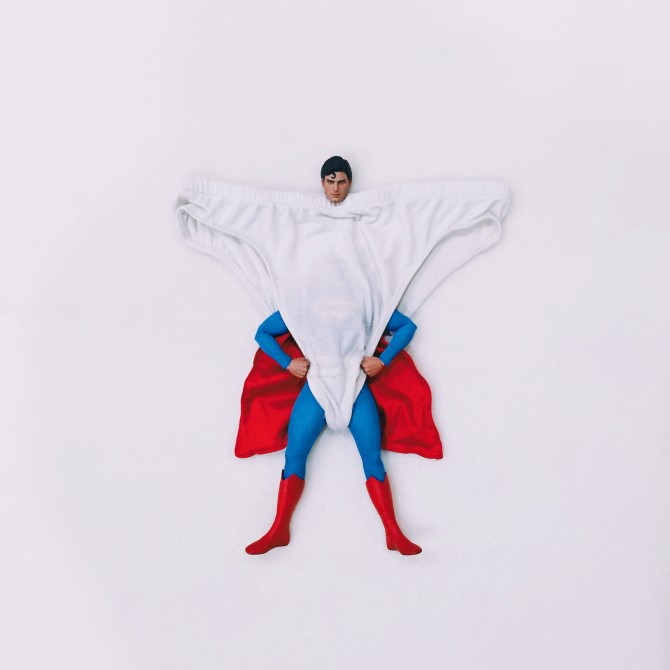 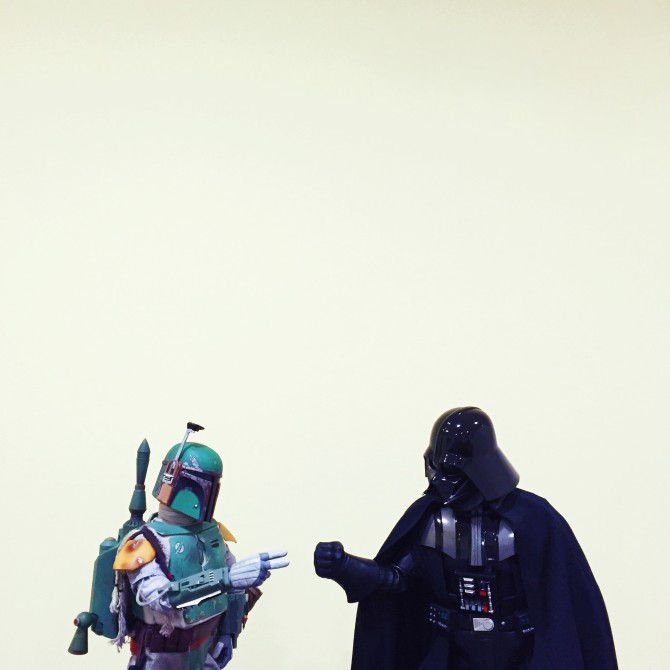 Trivia – In Star Wars: Episode VI, the Death Star only had one bathroom and this was how the Galactic Empire decided who would use it first 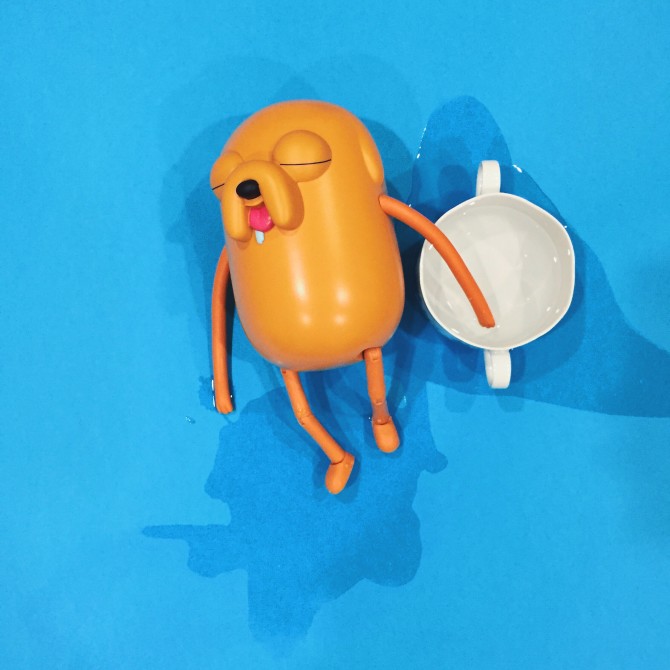 I guess the warm water pee prank really does work 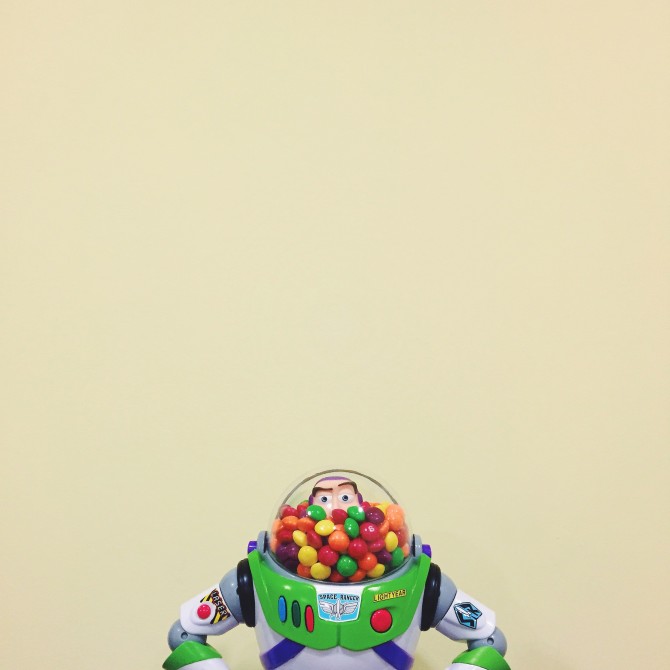 Pretty mature way to keep the candy just for you, Buzz 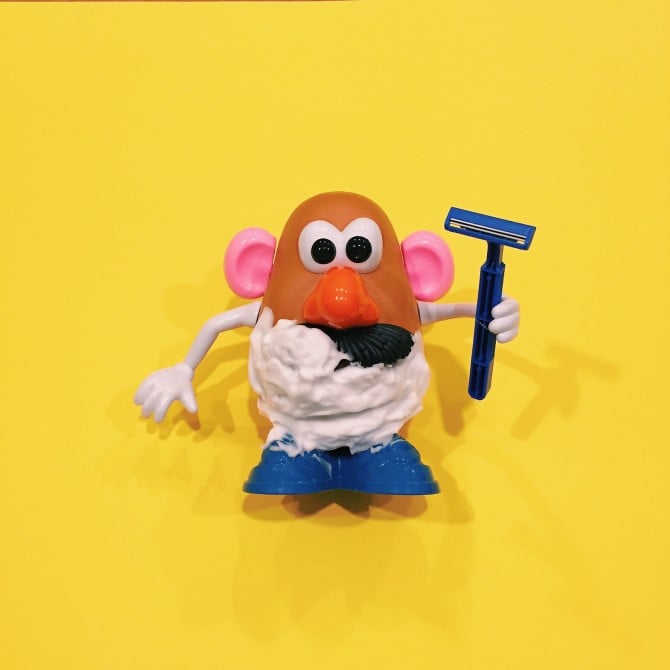 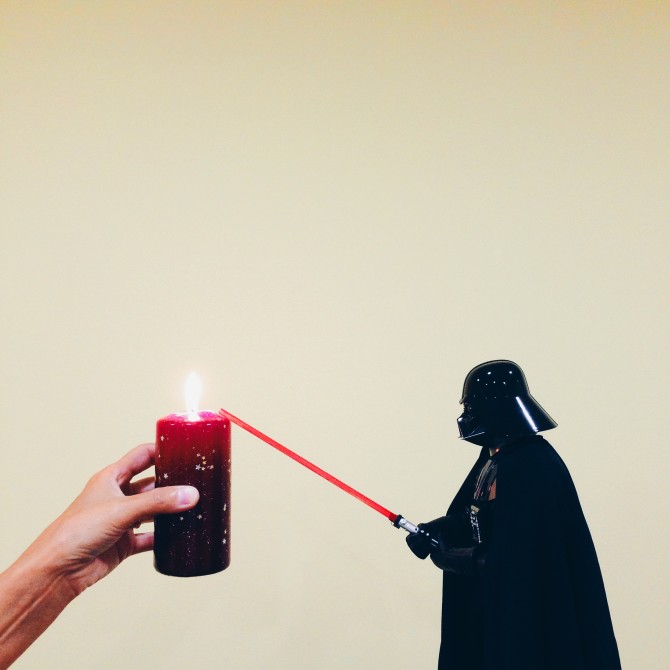 Come on Vader, light my fire 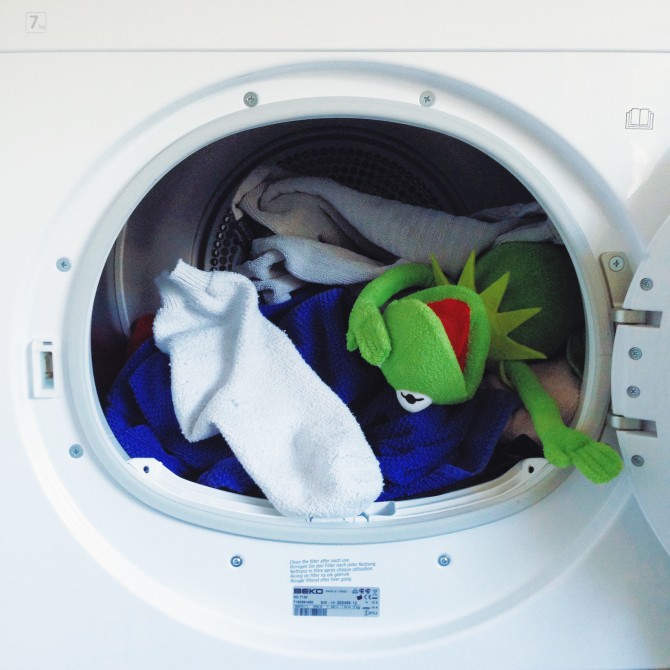 Kermit always gets dizzy after a washing cycle 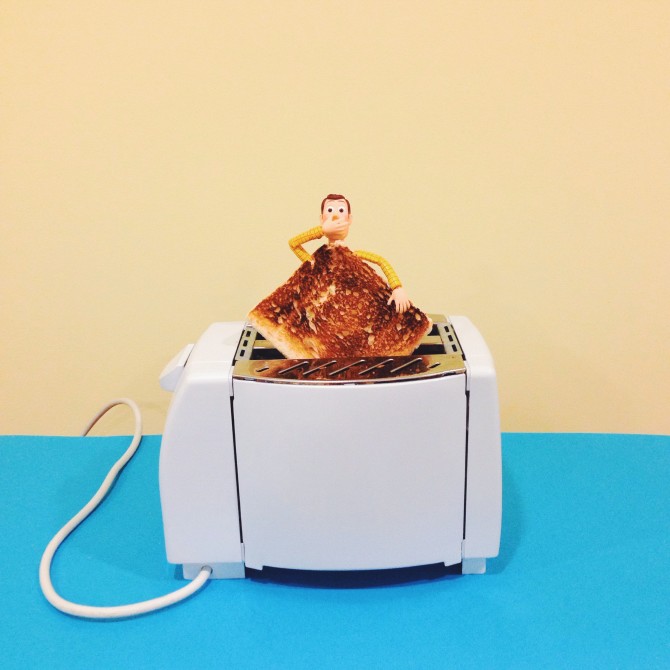 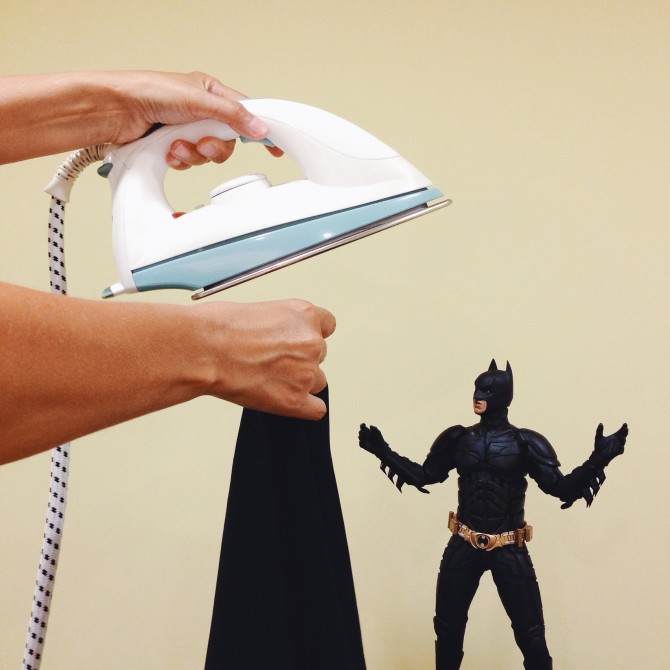 I know crime can’t wait, Mr. Batman, but if you don’t want a wrinkly cape, you need to be patient just like every other superhero!