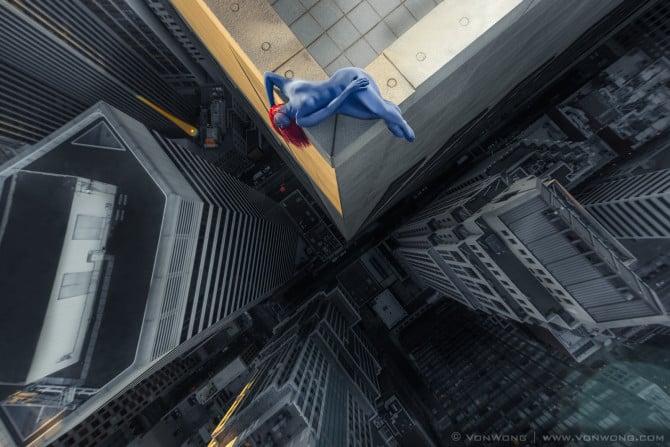 Everyone wants to be a superhero. It is not easy to become one, but given the right opportunity, talent and time, it is possible to make it for a day. Photographer Benjamin Von Wong took an ordinary team of workers from Smugmug and granted them a day of superheroness.

While a superhero shoot is always hard to pull off while maintaining a “real” look, this shoot had another high stakes factor. Ben chose to actually shoot the team on the ledge of a San Francisco skyscraper. Of course this could have been accomplished with photoshop, but Ben wanted to do it for real:

I wanted to capture the fearlessness of superheroes – without a green screen or cheap special effects. The simplest way to make that happen was to place them on the edge of certain death

Here is the pickle though, Similarly to his super athletes shoot, Ben chose “a group of everyday people— SmugMug employees — for this photo shoot. These weren’t professional stuntmen. Just dads, engineers and customer service people“. They would have to literally be standing on a roof ledge, so aside the technical challenge of setting up on the edge of a rooftop, a lot of effort went into human interaction.

Clarification: as the video indicators, each ‘model’ was secured with a harness and spotters so no ‘real’ danger was ever present. Of course, the adrenalin rush was still there.

My job was to convince them to inch closer and closer to the opposite direction of safety – straight towards the edge of a 1000 foot drop. In the photo, it makes all the difference. Seeing them challenge themselves and finding courage where they thought there was none was absolutely inspiring

Actually, to get that hero-on-roof-top-down angle that would show both the height and the superheroes, Ben was not even at the camera. It was mounted on a high sandbagged poll and hooked up with a camranger and Ben could be close to the team and focus on talking with them. (That crazy angle comes from a full frame D800e and a 14mm lens mounted on a triple riser steel boom stand). 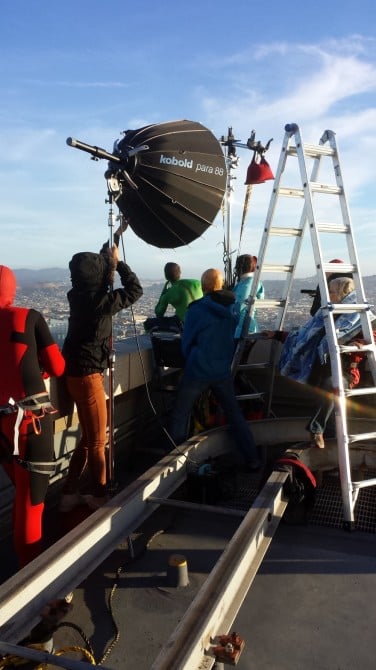 Here is the video that SmugMug made as part of their Artist in Residence program.

And here are the rest of the photos from that shoot 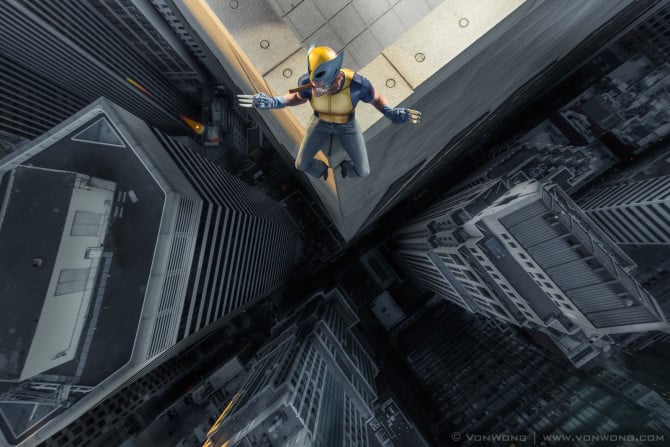 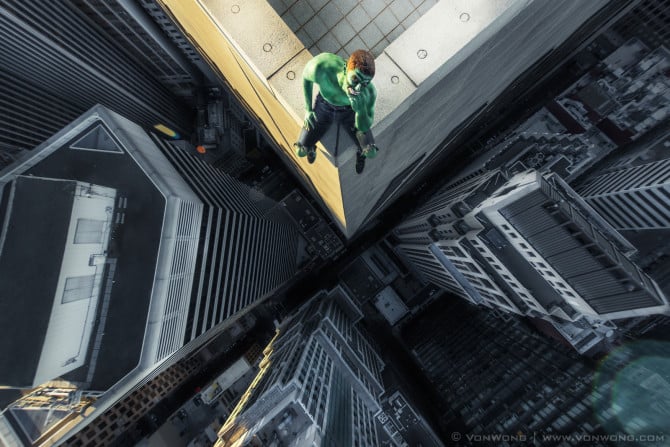 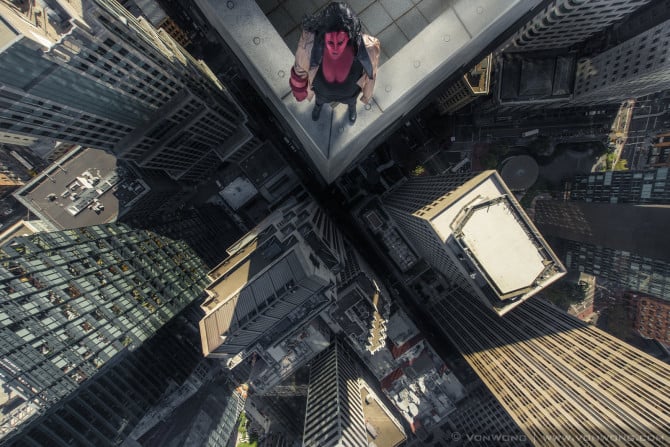 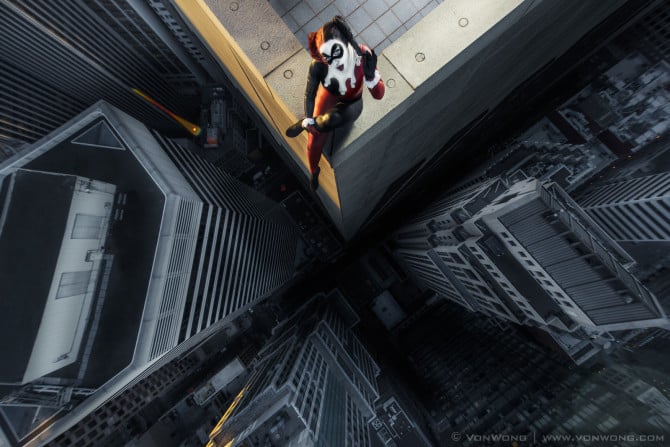 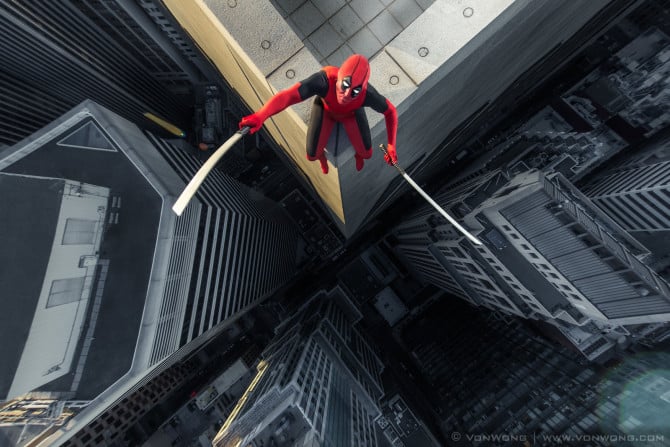 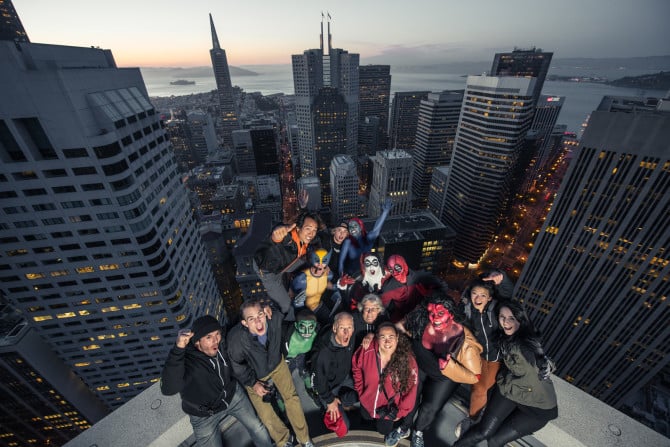