It happened again in San Francisco.

A wedding photographer was attacked while covering portraits at the beautiful Palace of Fine Arts, yet another in a long line of terrible situations playing out in a city that has chosen, for whatever reason, not to crack down on these series of camera crimes.

Because I’m a victim of camera theft and have written extensively on the subject, I had several people ask me this week, what to do? How can you do paid photo gigs in San Francisco under these circumstances? Where can you photograph, without fear?

Well, on the NIX list (backpacks full of gear, multiple $5,000 camera/lens combos hanging off the neck) include the Palace of Fine Arts, built in 1910 for the Panama-Pacific International Exposition to resemble a lovely Roman ruin with Greco-Roman rotunda and a beautiful lagoon, Twin Peaks (great overview of the city,) Treasure Island (for a killer view of the San Francisco skyline,) Marin Headlands (the best overview of the Golden Gate Bridge) and Crissy Field, the big park that leads to the bridge. This is where my $6,500 worth of gear was stolen while the cameras were rolling on a shoot in 2021. 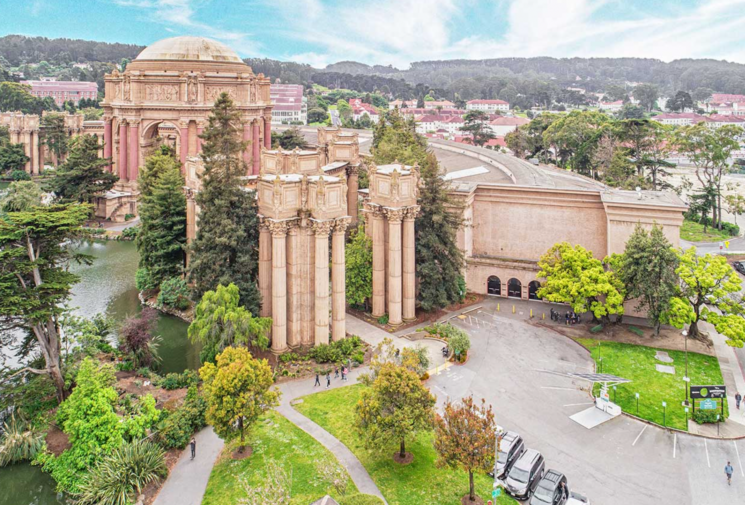 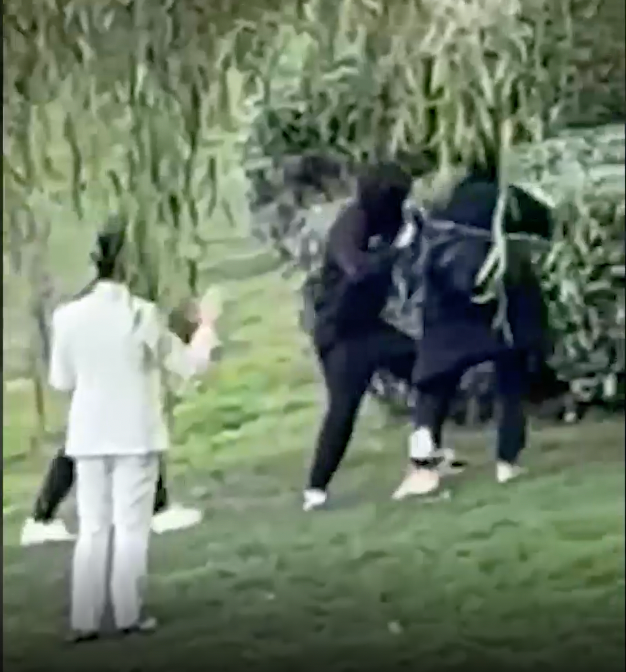 I’ve been saying for quite some time that it’s time for the city to acknowledge the problem and take action. I’m not alone.

“The photographer told us to tell everyone especially professional photographers to not take pics in San Francisco especially in scenic locations as thugs are targeting photographers for their expensive equipment,” per Instagram’s SFStreets415.

“Crime in and around tourist destinations has been on the rise; we see our fair amount of car smash and grabs,” the Palace theater’s managing director, Jason Hoover told the San Francisco Standard. “It is all our hope that the city begins to take a hard look at effective solutions to prevent this type of crime. It is damaging to our business but, more importantly, sets a negative image and perception of SF.”

With a mirrorless or DSLR camera body selling for $2,000 to $4,000 and a good lens ranging from $1,000 and up, you can understand why pro camera gear has become so attractive to thieves. I never do a pro shoot without at least two bodies and multiple lenses. So for thieves, this is like robbing a bank, without security cameras or police enforcement anywhere nearby. An easy payday.

Plus add this sad stat: anyone can sell stolen gear on sites like Craigslist, Facebook Marketplace and eBay way too easily. Where are the requirements to type in serial numbers and prove that you’re not selling ripped off goods, that you are the owner?

But back to the big question: what does a photographer do if he or she gets hired to do wedding or portrait shoots in San Francisco?

Some of my photographer pals have told me they never do shoots anymore without having a security person join along. But that didn’t help the TV crew from KRON-TV, whose guard was shot during an attempted robbery in November, 2021.

My solution since my theft has been to leave the big cameras at home and shoot instead with an iPhone and it’s worked out quite well. The recent iPhone models have an awesome camera, especially for video, and the unit can be turned off remotely, making it worth way less to thieves. 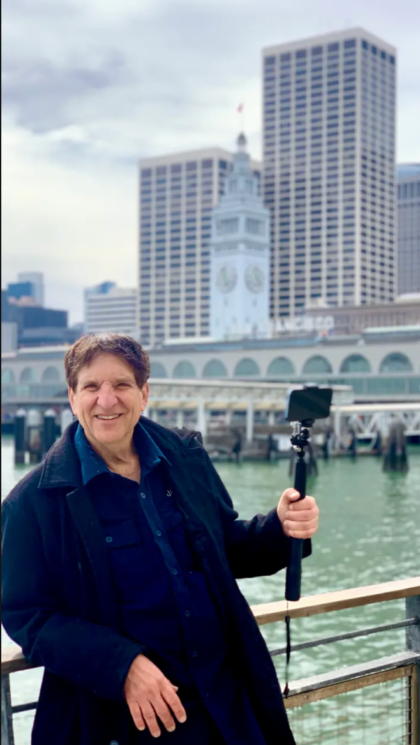 Thank you Christel van der Boom for the portrait!

This year, sporting just an iPhone and a Selfie Stick, I’ve been all over San Francisco photographing, and have had no issues whatsoever. The key is that I’m not shooting in sparsely populated places like Palace of Fine Arts and Twin Peaks. I’ve been in Chinatown, North Beach, the Ferry Building, the financial district, Fisherman’s Wharf, Fort Point and Nob Hill, as well as the Mission District and even back to Crissy Field.

The iPhone, Galaxy, Pixel, they are all capable of making great portraits and there’s enough great spots in the city to have a bride pose without putting yourself at risk. California Street on a cable car, the Piers by the Ferry Building, the roof on top of the Police Station in North Beach against the skyline. And I’d bring my smartphone anywhere in the city—even the Palace of Fine Arts.

If I had to shoot with my Sony in San Francisco, I would leave the camera bag at home, only have one body and a lens, and feel relatively safe shooting in the areas mentioned above, minus, of course, Crissy Field and Fort Point.

The Fort is a very popular tourist area, again, right at the foot of the Golden Gate Bridge, and it makes an incredible backdrop for the classic San Francisco shot. But it’s wide open, like Crissy Field, and the potential for a bad encounter there. I’ve yet to see any law enforcement presence there.

I’m still staying clear of Twin Peaks with any kind of camera (too remote, too many thefts of many kinds) but I’m cool on visiting Fisherman’s Wharf and Alamo Square (home to the Painted Ladies victorians) with my iPhone. I just won’t be parking a rented car there, as both have been hit badly by smash and grabs.

And I’m still waiting for San Francisco officials to get serious about the black eye that’s come to their city and do something about it. Police need to be visible and arrest people, the DA needs to prosecute, the Mayor needs to crack down. Terrible headlines proliferate and they won’t go away until action is finally taken.

On this week’s edition of the iPhone Photo Show podcast, local San Francisco photographer Christopher Kilkes (this is his awesome photo of the Palace of Fine Arts) joins me to discuss the situation in the city with cameras. Please have a listen. 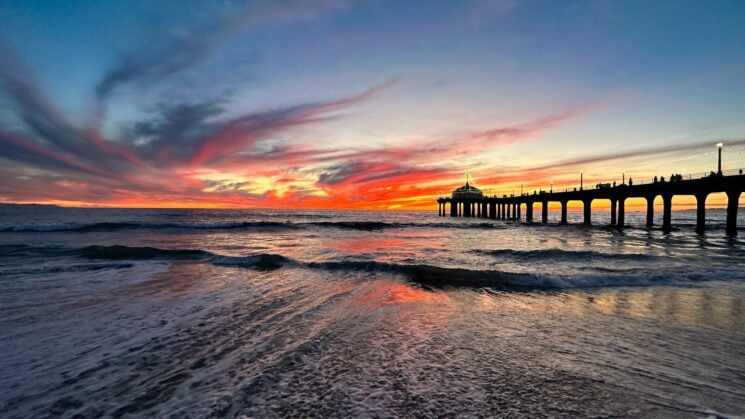 On a brighter note, you’ll recall a few years back I told you about how November (and December) tend to display the most magical sunsets of the year, with colors and patterns we don’t see other times of the year.

This week was no disappointment, with amazing free color light shows that are a joy to experience.

I leave you with the scene from Manhattan Beach, California, Thursday night, shot on an iPhone 14 Pro Max, and developed in Lightroom Mobile.

Have a great week everyone. And enjoy those sunsets!

Where NOT to bring your camera in San Francisco

How to clean up San Francisco from camera thefts
« Nextorage announces the world’s fastest CFexpress Type B memory cards up to 1,330GB
Green screen doesn’t suck, you just suck at green screen – Here’s why and how to fix it »